10 states where hurricane damage will cost the most 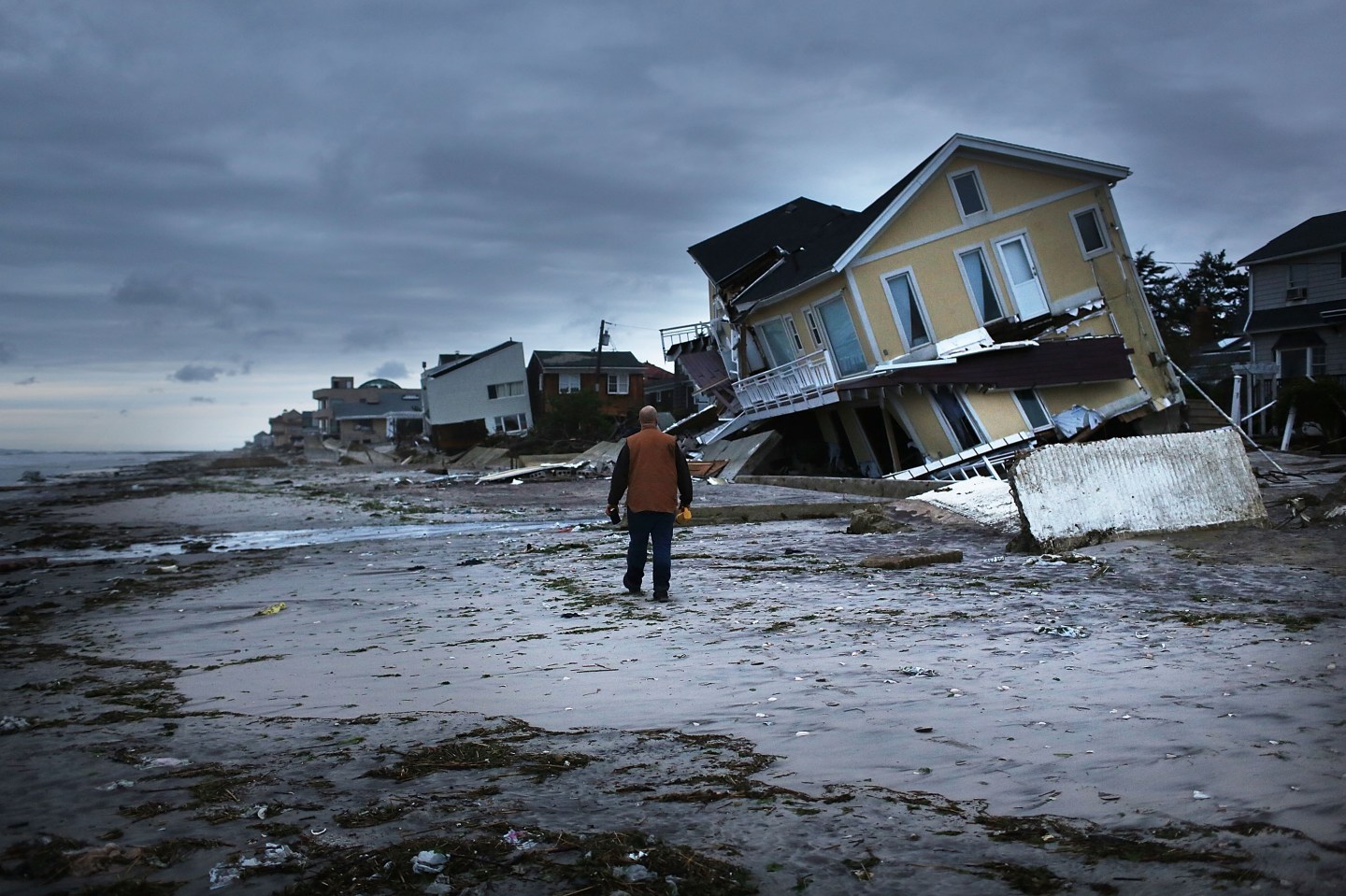 NEW YORK, NY - OCTOBER 31: Damage is viewed in the Rockaway neighborhood where the historic boardwalk was washed away during Hurricane Sandy on October 31, 2012 in the Queens borough of New York City. With the death toll currently at 55 and millions of homes and businesses without power, the US east coast is attempting to recover from the affects of floods, fires and power outages brought on by Hurricane Sandy. JFK airport in New York and Newark airport in New Jersey expect to resume flights on Wednesday morning and the New York Stock Exchange commenced trading after being closed for two days. (Photo by Spencer Platt/Getty Images)
Spencer Platt Getty Images

Hurricane season in the Atlantic officially began on June 1, which means property owners across the Gulf and Atlantic Coasts must brace themselves for the possibility that their homes will be damaged by flood waters.

The costliest hurricane, in terms of property damage, was Hurricane Katrina 10 years ago—it’s estimated that the disaster cost upwards of $200 billion—much of which related to residential real estate.

But with every hurricane season, millions more homes are put at risk of damage from storm surges. The real estate data firm CoreLogic released a report on Thursday that estimates that this hurricane season, 6.1 million homes will be at risk of such damage, the total value of which is a staggering $1.5 trillion. Some of the places where homes are most at risk, like Florida and Louisiana, might not surprise you. But Hurricane Sandy proved that the Northeast isn’t safe from serious storm surge damage, and states as far north as Massachusetts are in peril. Check out the top 10 states with the most homes at risk below:

Unfortunately, government policy plays a part in the construction of homes in locations that are threatened by storm surges and flood damage. That’s because most flood insurance in America is provided by the federal government through the National Flood Insurance Program (NFIP). As I wrote in the days following Hurricane Sandy:

There is evidence to support the view that the government is actually encouraging citizens to live in areas most in danger of flood damage. According to a 2010 report issued by the Institute for Policy Integrity, Congress has historically set the premium rate too low for flood insurance — effectively subsidizing building in flood-prone areas at the expense of taxpayers at large. This practice has helped drive the fund $19 billion in debt, caused mostly by the unusually severe damage caused by Hurricane Katrina.

Since 2012, the program has only fallen deeper in debt, now owing the Treasury a cool $23 billion and counting. But the coming hurricane season only underscores why the program is so difficult to reform. Property owners at risk in these states bought their homes with the understanding that they’d be able to purchase insurance at a certain rate, and they will fight tooth and nail to prevent any changes to a program that might make living in their homes unaffordable.