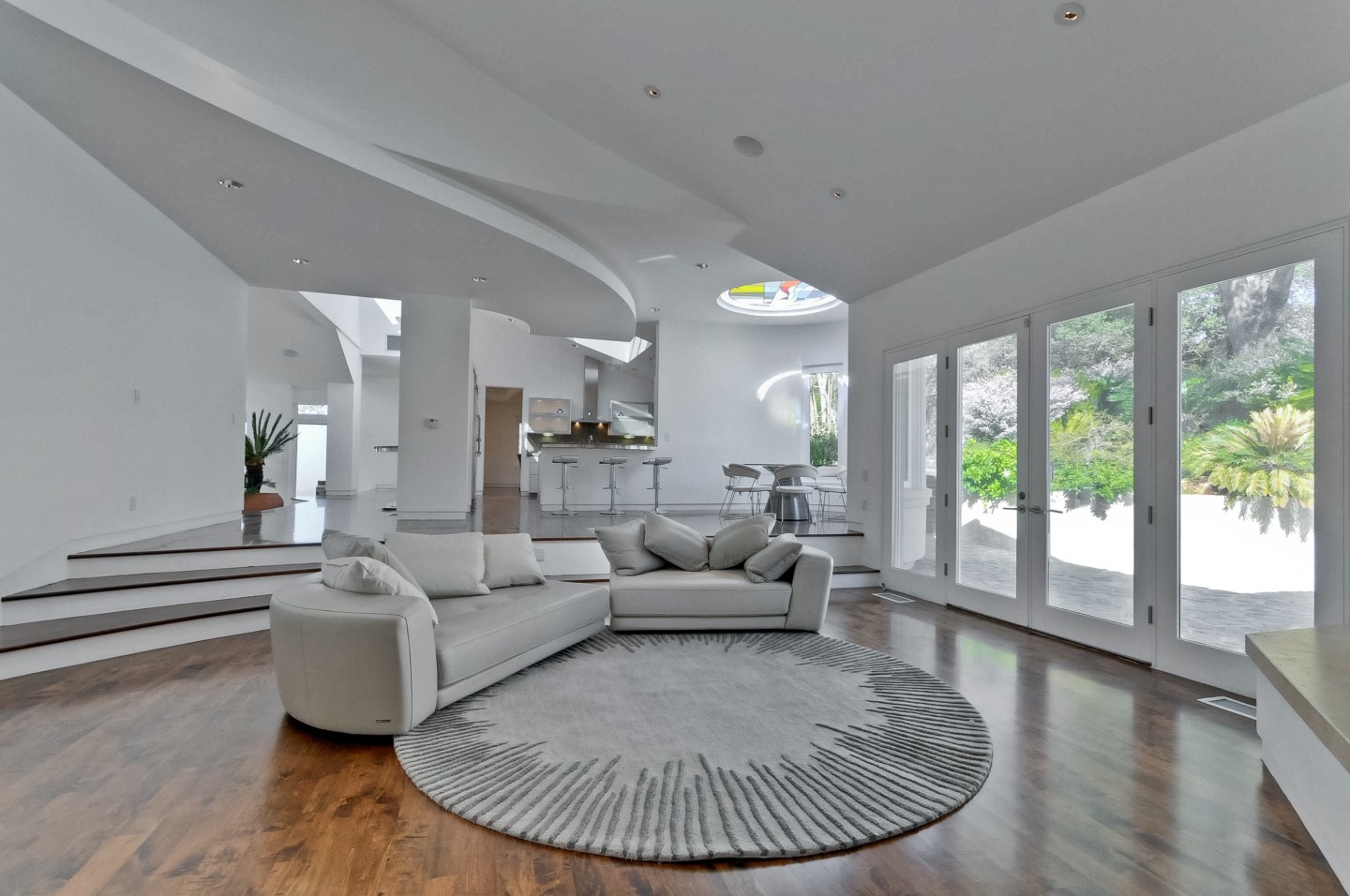 Ever wonder how Apple’s signature aesthetic might look when applied to a house?

Look no further than Apple cofounder Steve Wozniak’s former home in Los Gatos, Calif., which just sold for $3.9 million. The design is simple and futuristic, with plenty of shiny silver, white, and glass surfaces. Essentially, it looks like a giant Apple device (slash spaceship).

That’s no coincidence, says listing agent Arthur Sharif. The home was originally built in 1986 for Wozniak with the help of the same contractors who built Apple’s offices.

“That’s why it looks slightly more like a commercial rather than residential space,” Sharif says. “I actually had to ‘de-Apple’ it by adding a walnut finish to the floors.”

The 7,500-square-foot, six-bedroom, eight-bathroom home has been listed and delisted several times since 2013 and was finally snatched up by pharmaceutical entrepreneur Mehdi Paborji, according to Sharif. (The Wozniak family sold it for $3.1 million to patent lawyer Randy Tung in 2009.)

Wozniak, who still lives just a few hills over in Los Gatos, built the home with his kids in mind.

In addition to a playroom, pool, and koi pond, the house includes a $40,000 scientifically accurate replica of a prehistoric limestone cave, complete with fossils, dinosaur footprints, stalactites, stalagmites, and semi-precious stones embedded in the walls.

Click through the gallery above to see more images of the home.