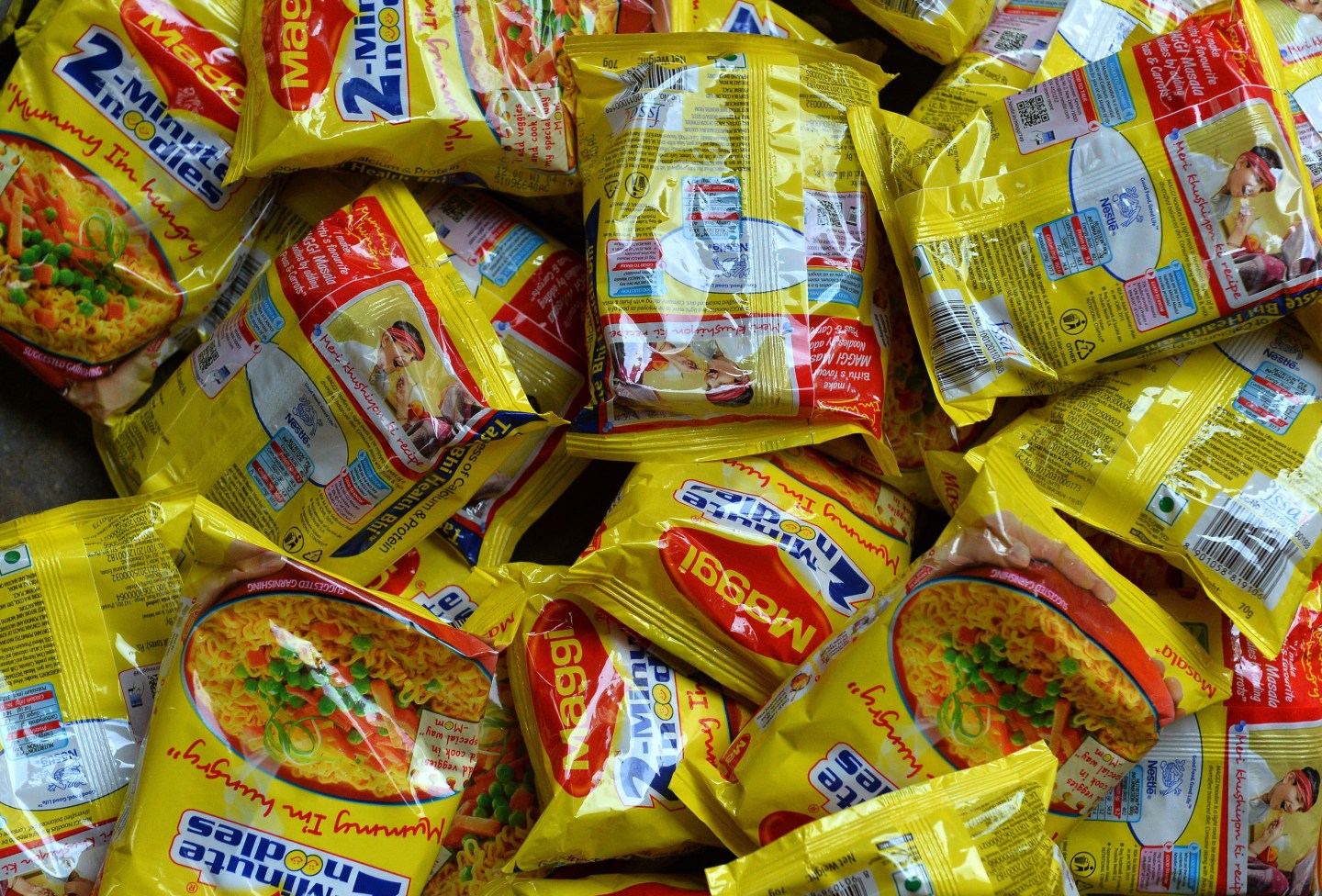 Last year, it was China and fast-food sold through KFC and McDonald’s. Will this year’s stand-out food-safety scandal revolve around Nestlé’s noodles in India?

Trouble has been brewing for the Swiss-based food giant for the last month, but escalated after local media reported that government inspectors in the state of Uttar Pradesh had ordered a product recall after finding monosodium glutamate and excessive levels of lead in Nestlé’s Maggi noodles. The noodles, which cook in two minutes, are a hugely popular form of quick meal in one of the world’s largest and fastest-growing consumer markets.

The affair took on a new dimension Tuesday as the state government of Kerala, at the other end of the vast country, launched a formal probe into the incidents, pulling Maggi noodles from all government-controlled outlets in reaction to complaints about the product, The Times of India reported.

Adding spice to the affair is the fact that one of the biggest stars of India’s Bollywood movie scene, Madhuri Dixit-Nene, endorses the noodles as a healthy food choice, including for children. The central government in New Delhi on Monday warned that brand ambassadors as well as companies could be found liable for misleading advertising, forcing Ms. Dixit-Nene into a damage-limitation exercise on social media.

Nestle has reassured me that they adhere to stringent testing for quality and safety and are working with the authorities closely.

Nestle explained that they always place the consumer first and have the highest quality standards. (2/3)

Like most of India, I have enjoyed Maggi noodles for years. I was very concerned after recent reports and met with the Nestle team (1/3).

The stock price of Nestlé’s locally-traded subsidiary fell Wednesday by over 10% at one point, before recovering slightly in later trading.

Nestlé had responded to the initial reports by saying that it was confident that the level of lead in its noodles was within permissible levels. That claim has now been validated by Kerala’s food safety commission T.V. Anupama.

But there is still a question mark hanging over the alleged presence of MSG, a flavor enhancer that has been anecdotally associated for years with various health problems, although none has ever been scientifically established.

Nestlé says it doesn’t use MSG in Maggi noodles, but does use hydrolysed groundnut protein, which does contain a naturally occurring glutamate.