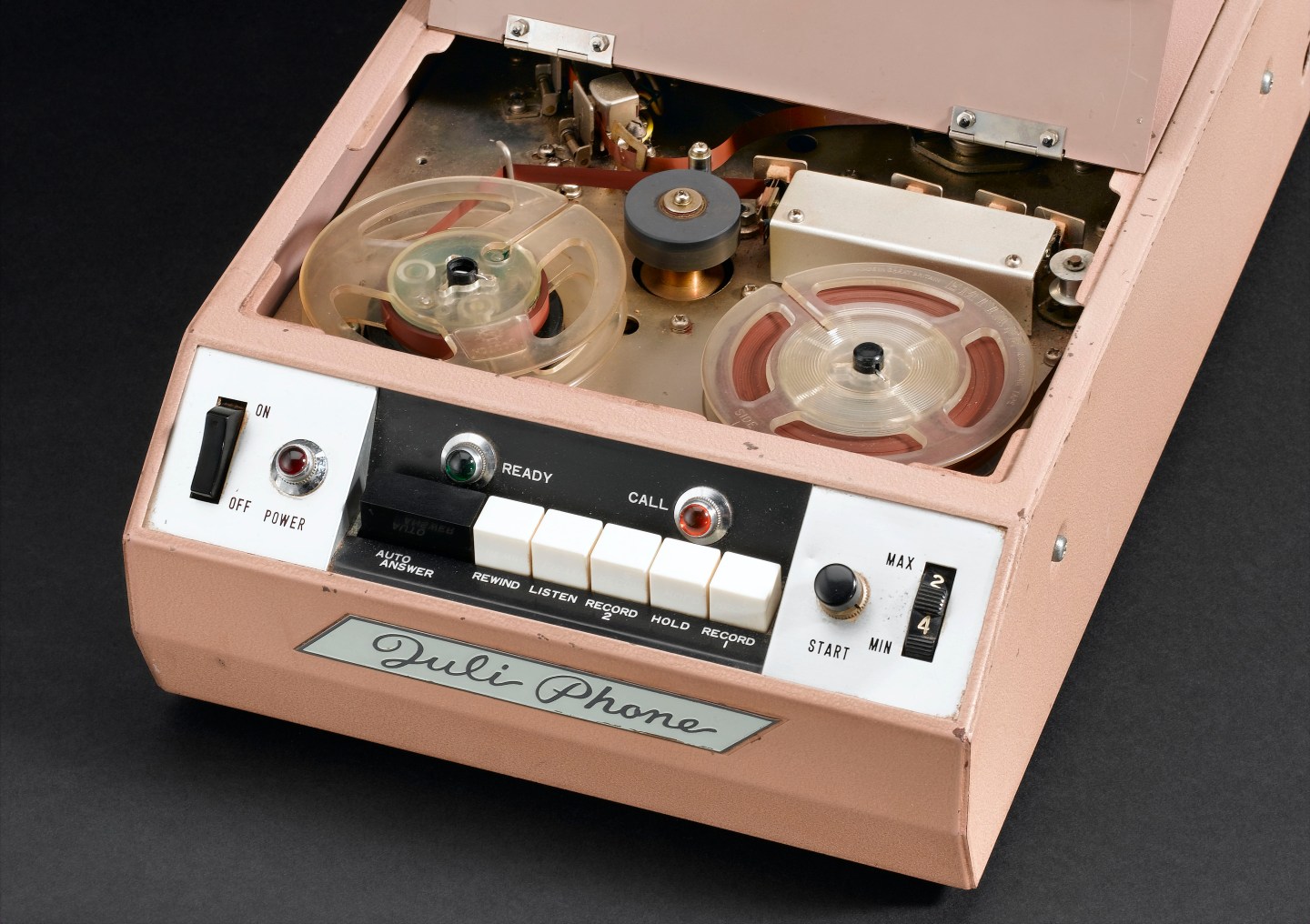 JAPAN - MARCH 13: Telephone answering machines did not become widespread until the 1960s. At that time they were quite bulky machines and usually to be found only in offices. The Juli Phone, made in Japan in about 1970, is typical in its size and is solidly constructed. A small 'activator transmitter' was included which could be carried around by the owner and used to play over incoming messages on a telephone remote from the machine, for example at the owner's home. (Photo by SSPL/Getty Images)
Photograph by SSPL via Getty Images

Who even leaves voice messages anymore?

That’s what executives at JPMorgan Chase & Co. (JPM) started to ask themselves before deciding to phase out the communication tool in its consumer banking division, Bloomberg reports. The bank announced its intention to cut the cord on employee voicemail at a conference in New York on Tuesday.

“We realized that hardly anyone uses voicemail anymore because we’re all carrying something in our pockets that’s going to get texts or e-mail or a phone call,” said Gordon Smith, head of the company’s consumer and community bank, according to Bloomberg. “So we started to cut those off.”

The technology cost the bank a monthly fee of $10 per line, Bloomberg said, citing Smith. So ditching the service for its nearly 136,000-person strong retail workforce could help the lender cut more than a million dollars in expenses. The company has already said it wants to cut its consumer bank’s budget by $2 billion dollars, although the savings from eliminating voicemail are small by comparison.

A spokeswoman told Bloomberg that some employees, like branch managers, will retain the service.

The bank joins a growing cadre of companies that have already hung up the phone on voicemail, including, notably, Coca-Cola (KO).

The trend isn’t just corporate. In 2012, the Internet telephone company Vonage (VG) reported that it had seen an 8% decline in the number of voicemail boxes, as well as a similar drop in 2013. And a 2012 Pew study confirmed that teens prefer texting over calling by a wide margin.

Hopefully, email will be next to go. And then telemarketing robocalls.