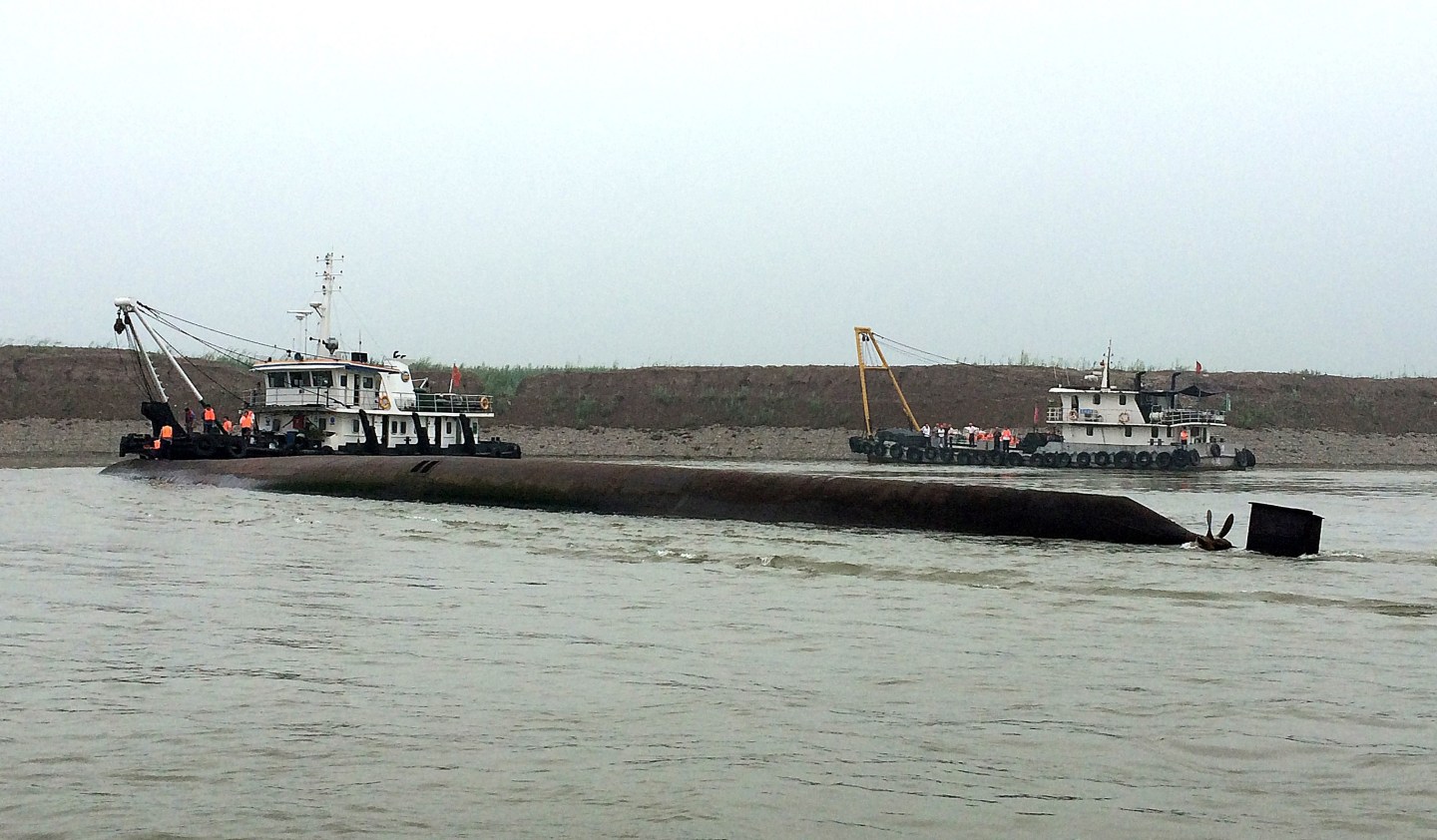 Chinese rescue boats are seen alongside a capsized passenger ship carrying more than 450 people which sunk in the Yangtze river, triggering a rescue effort hampered by strong winds and heavy rain off Jianli in China's Hubei province on June 2, 2015. The ship named Dongfangzhixing, or "Eastern Star", was headed from the eastern city of Nanjing to the southwestern city of Chongqing when it sank in the Jianli section of the river. CHINA OUT AFP PHOTO (Photo credit should read STR/AFP/Getty Images)
Photograph by AFP/Getty Images

A river cruise ship capsized on the Yantze River Monday night, in China’s central Hubei province, after being caught in a tornado, China’s state-run news reported. The rescue was ongoing Tuesday but the news looked grim: of the ship’s 458 passengers, only a dozen had been rescued as of the afternoon.

Most of the passengers onboard were senior citizens traveling on a group tour. Among the survivors were the captain and chief engineer, which may raise public suspicion of at least negligence. It is reminiscent of two recent accidents: Last year, the South Korean ferry MV Sewol’s capsized, killing 304 passengers. Its captain, who abandoned ship with passengers still onboard, was later sent to jail for more than 30 years. In 2012, the Costa Concordia cruiser struck a reef near Tuscany and 32 people eventually died from falling or jumping into the water. The captain fled the ship before many of the 4,200 passengers and was found guilty of manslaughter this year in an Italian court and sentenced to 16 years in prison.

The Chinese ship, called Eastern Star, was built in 1994 and could carry a maximum of 534 people.

The accident could rank as one of China’s deadliest in past decades. A 2011 high-speed train accident in Wenzhou city killed 40 people and enraged the public when coverage of the accident was heavily censored and wreckage was buried on site. Today, Chinese journalists were reportedly kept from traveling close to the accident .