How to watch Apple’s WWDC live 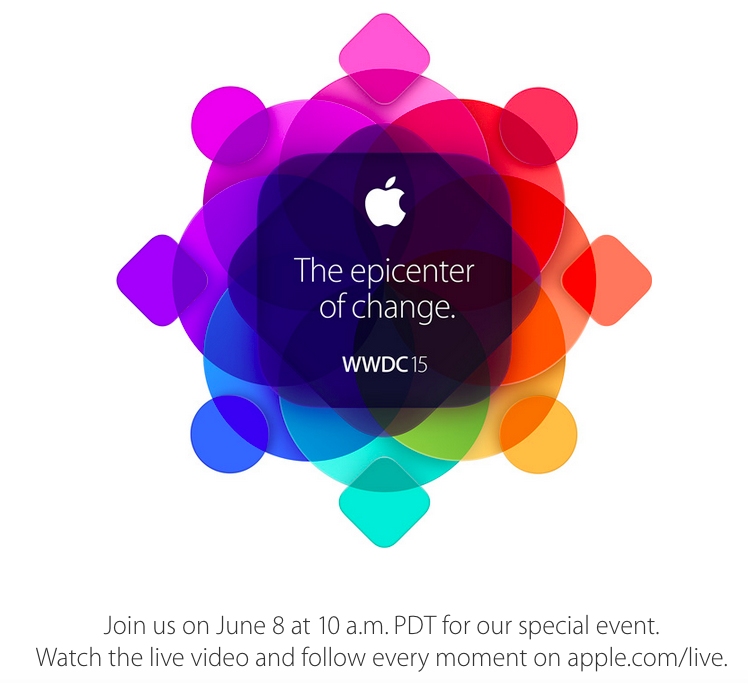 The invitation went out Monday night, a week before the keynote address that kicks off Apple’s annual World Wide Developers Conference.

“Join us on June 8 at 10 a.m. PDT for our special event. Watch the live video and follow every moment on apple.com/live.”

The webcast — also available on Apple TV — is a gift to investors who aren’t on the VIP list, journalists who weren’t invited, bloggers on a tight budget and, especially, developers who needed to attend WWDC 2015 but didn’t win Apple’s ticket lottery.

It should be an interesting show. The iconography of the invitation — a rounded square as “The epicenter of change” — signaled pretty clearly that the star would be Apple TV.

But the epicenter has shifted since Apple released that tag line. The big news Monday was that negotiations for what was supposed to be one of the show’s tentpole features — a new streaming TV service — had collapsed.

Otherwise, the rest of the rumors we rounded up a week and a half ago — the new set-top box, the new remote, the new streaming music service, the software developers kit, the new app store — seem to be on track.

We’re flying to San Francisco for the show. You can watch it from home.