Meet Density, a startup that lets you see if your favorite coffee shop is full 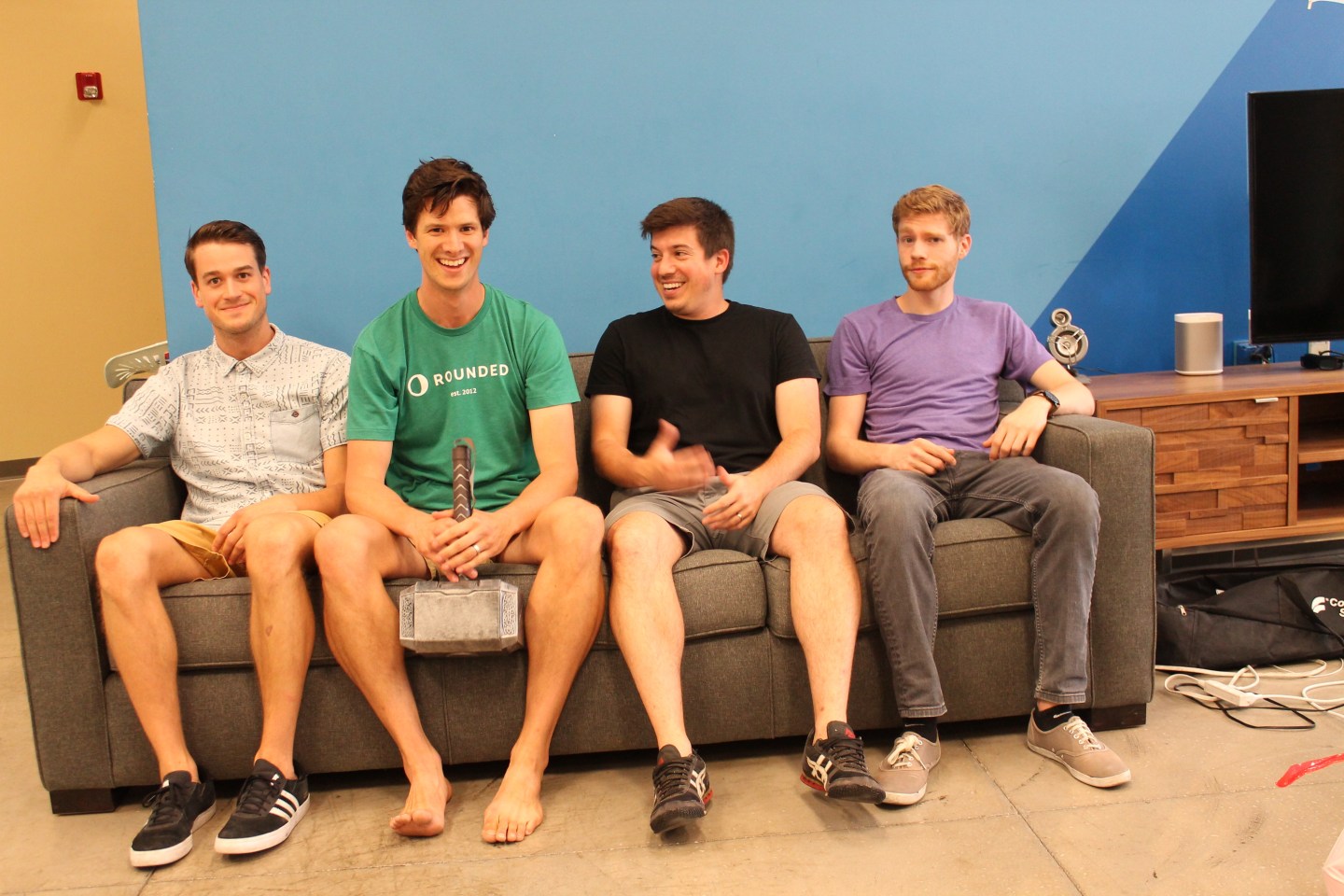 Andrew Farah, a co-founder and CEO of a startup called Density, was tired of showing up at his favorite coffee shop in Syracuse, N.Y., at what should be a relatively quiet time, only to find it full one day and empty the next. Like any enterprising engineer he turned to technology to solve the problem. He reasoned that the modern tools of sensors, algorithms and a smartphone app would allow him to track patrons and predict if he’d be in line for twenty minutes or two.

First he built the app, and he called it Density. Matt Godard, the owner of Cafe Kubal in Syracuse, installed a sensor, also supplied by Density, on the cafe’s door. Because the sensor communicated via a network to Density’s app, Farah knew when to expect a crowd. Godard relished the opportunity to use the app to notify users that the shop was empty, driving demand when it was low.

Farah, who is 28 years old and had been working at a mobile development firm until this point, realized he could make a business out of his idea. So he moved to the San Francisco Bay Area, the place to find investors and talent to make it a reality.

If Density takes off, it will realize the techno-dreams of merchants and consumers everywhere. Merchants can stimulate traffic, and consumers can choose where to go based on where there’s availability. Consumers even could elect to be notified, for example, when traffic dies down.

Density’s software has myriad potential applications. If applied to public institutions like the post office or motor-vehicles departments, Density’s technology looks less like a plaything and more like a valuable tool for making the service economy more efficient. It could have critical uses too: Emergency rooms and public parks could become better utilized, saving lives and making them happier too.

Density’s product offering is a hybrid of hardware and software. It makes a sensor the size of an Altoids tin that is installed on the front door of a business. The sensor contains two infrared beams to track people entering and exiting the business. The challenge isn’t tracking the movement. It is knowing when a specific person has left.
The key to making the system work is applying high-level math to filter out noise from infrared signals. When a person passes in front of the sensor it has to decide two things; the order the person triggers the two infrared beams and if the disruption in the IR band was an actual person. Figuring out the first is easy. The processor just counts an entrance as someone triggering the first sensor and then the second, and an exit as someone triggering the reverse. But determining if a person entering or exiting disrupted the IR beams is another matter.

The math, combined with two $11 infrared sensors, lets the company build a device that costs about $95 for now. Farah assembles them by hand in his apartment, but they could cost about $30 or less when sold at larger volumes. “I knew if we could create a sensor that was real-time, accurate, cheap and anonymous, we could really change the nature of tracking people in the real world,” Farah said. Many options on the market right track people’s phones using Wi-Fi or Bluetooth, and are primarily used for marketing. Density’s sensors count everyone who goes in and doesn’t access any additional information.

Farah has no prior experience in the venture-based startup business. Density has raised an undisclosed amount of seed funding from Ludlow Ventures, Jason Calacanis and Bill Draper. Calacanis contributed financing to Farah on the condition that he move the company to San Francisco.

So far, Farah says that a company that helps people find remote work places called Workfrom is using the sensors. Merchants or services that provide merchants loyalty programs and data such as Belly are one type of customer for Density, because they can use the data to entice consumers in the door as well as use the data over time to look for trends in their customer base. However, a more interesting customer might be a service business such as Zaarly or TaskRabbit. These companies run errands for people and having granular data about the lines in a post office or at a restaurant might help the companies direct their workers’ routes more efficiently.

This is part of a new way of thinking about how to sell in a world made transparent by everything being digitized. It used to be that consumers (or their eyeballs) were the product and everyone wanted to market to you. But increasingly we’ll see that the next generation platforms will not be selling your eyeballs, they will be selling context about you. Where are you? Who are you with? What are you doing? Some of that information may go to serve ads, but some of it will go to offer better services.