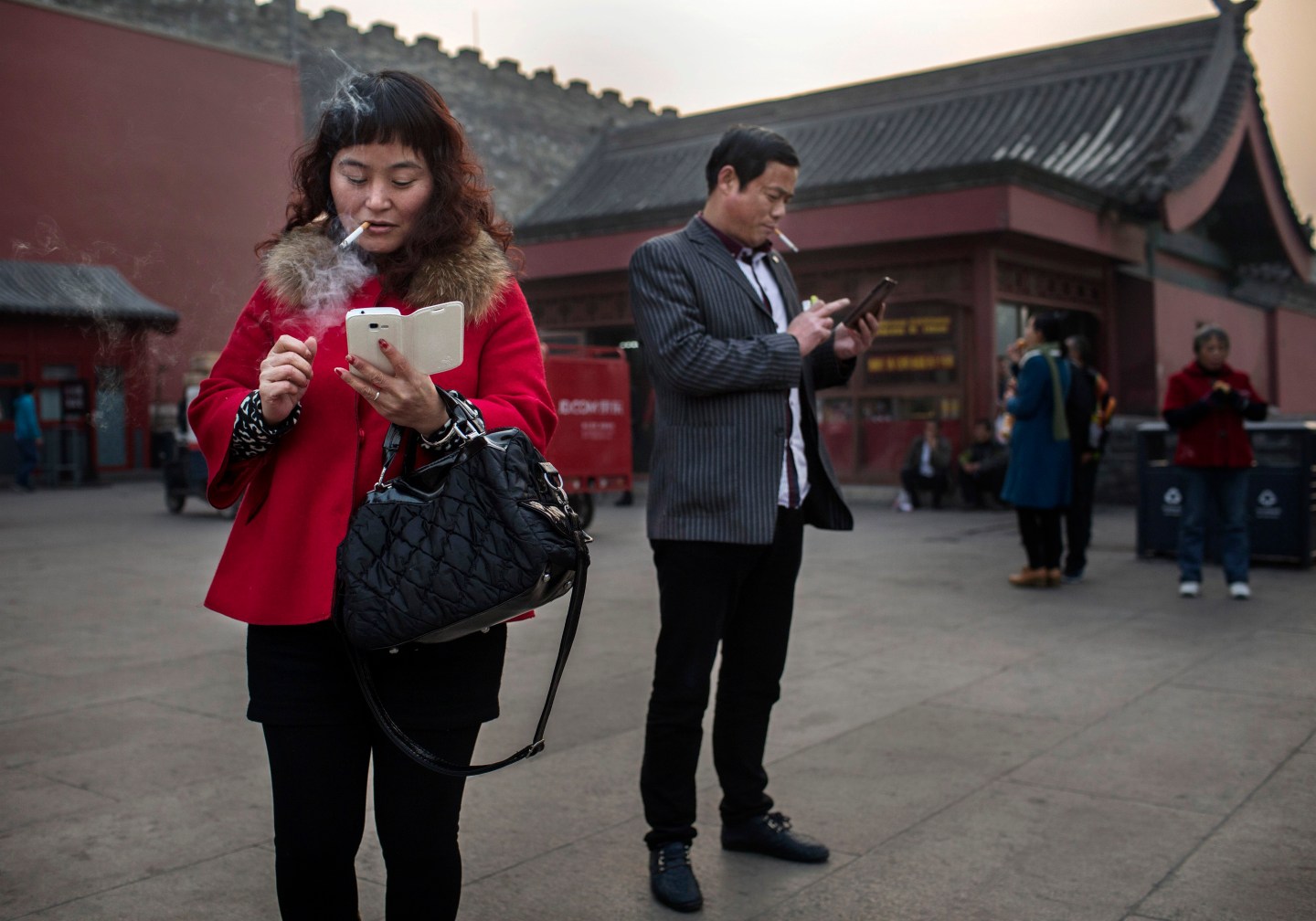 BEIJING, CHINA -NOVEMBER 20: A Chinese man and woman use their smartphones on November 20, 2014 in Beijing, China. China is the largest smartphone market in the world, with some reports estimating there are more than 500 million users in the world's mosrt populated country. (Photo by Kevin Frayer/Getty Images)
Photograph by Kevin Frayer — Getty Images

A Chinese App used for connecting to the country’s ubiquitous Wifi hotspots without a login or password just raised substantial money in a series A venture funding round, according to a source at Northern Light Venture Capital, one of its investors.

Wifi Master Key shares login data with all the users of hotspots run by China Mobile, one of the country’s big three telecom giants, which offers blanket coverage in all China’s major cities.

China cynics might think that a business model that looks like brazen theft is a pretty good summary of the country’s whole business model in the tech sphere. The reality is somewhat more nuanced. Wifi has been assiduously promoted as a public good by the powers-that-be, and China Mobile is, after all, a state-controlled (if publicly-listed) company. Wifi Master Key would argue it just helps to deliver that public good by getting round an infuriating bureaucratic login.

Living in Beijing, it becomes easy to understand how the App boasts of 270 million monthly users. The frustrations of seeing a Wifi hotspot, but not being able to access without a cumbersome login process, is a daily occurrence. Cynthia Meng, an analyst at Jefferies in Hong Kong, says Wifi Master Key was the 21st most popular app in China in March.

The Chinese tech blog QQ Tech originally reported the fundraising news, speculating that Master Key earned a $1 billion valuation. Fortune couldn’t independently confirm the figure, but the amount raised appears to have been around $50 million. The overall valuation may be lower, as Master Key faces reports of security risks—potentially leaving users vulnerable to hackers—and competition from a rival app in China, Wifi Companion.