How Whole Foods plucked this poultry startup for success 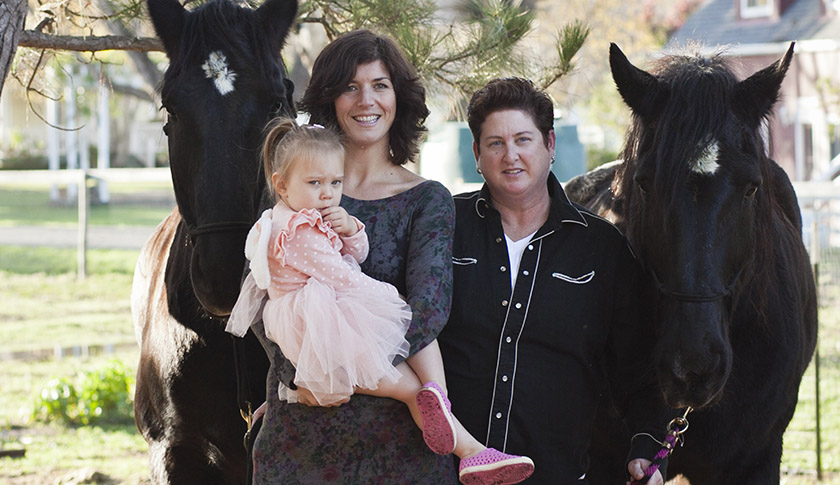 Striking out as an entrepreneur is, if anything, a deeply humbling experience. Serafina Palandech, co-founder of artisanal poultry product maker Hip Chick Farms, knows this all too well. For Palandech, the harshest sting—and, arguably, the most important one for her business—came from none other than organic supermarket giant Whole Foods.

She was at the tail end of a loan application process with Whole Foods and was trying to figure out why her company’s products weren’t selling as well as she wanted. At the end of the meeting in Emeryvill, Calif. last March, a Whole Foods rep blurted out: You need new packaging. What you’re using is terrible.

Palandech was confused. After all, she and a friend had just redesigned Hip Chick’s packaging into tubs with an image of the product smack dab in the middle. She was proud of the design and didn’t think it needed to change. But it wouldn’t do, Whole Foods contested. And she had to face the facts. If she wanted a chance to bring her product to wider audiences and boost sales, she had to make a change.

After Sebastopol, Calif.-based Hip Chick Farms received a $35,000 loan from Whole Foods in May 2014, they put the entire sum toward a redesign. And it looks like it did the trick. The new packaging has colorful and crisp images, which are meant to highlight the products’ health-conscious and family-friendly focus. Hip Chick’s chicken fingers, wings, and meatballs are now in boxes, not the clunky tubs that proved too hard to stock in stores. Palandech said the new packaging had an impressive 500% sell-through rate beginning with its August launch last year.

Hip Chick’s organic chicken products are now in over 400 supermarkets, including 170 Whole Foods locations nationwide. Whole Foods put Hip Chick Farms on the map—as it has for many other small businesses, including Justin’s Nut Butters and Brad’s Raw Kale Chips—through its Local Producer Loan Program. The program started in 2007 and has since doled out $16.4 million in funds to 217 companies. Loans are disbursed directly from Whole Foods at an interest rate of between 4% and 6.5%. Erin Harper, who runs the program for Whole Foods, says she received the application for Hip Chick Farms in February of last year and the loan was finalized in May.

Whole Foods offers one of the only supermarket loan programs without the help of any aid from the federal government. The program isn’t only about giving money to small businesses, it also entails mentoring programs and networking opportunities for small business owners to work with local suppliers and to “develop long-term mission-driven companies,” a Whole Foods spokesperson told Fortune.

“Serafina and Hip Chick Farms are absolutely representative of what this program is about. They’re working to change the way the world eats,” says Harper. “This was created by concerned mothers” who wanted to feed their child with a healthy product, she continues. “That resonates with a lot of our customers.”

Palandech says that Hip Chick Farms doesn’t include starch, salt, or water fillers in its products, a rarity among chicken items in supermarkets. She and her wife Jennifer Johnson are also careful about their ingredient sourcing, making sure they know how the poultry has been treated from day one.

Hip Chick Farms was founded in 2013 by Palandech and Johnson, a chef with 25 years of experience. Johnson has prepared food for the likes of President Barack Obama and spent nearly a decade as a chef with Alice Waters at acclaimed California restaurant Chez Panisse.

Like many mothers, Palendech and Johnson wanted to feed their four-year-old daughter Rubyrose food they felt good about. But unlike other moms, they turned that desire into a growing business that is now on hundreds of shelves across the U.S. just one year after receiving that first Whole Foods loan.
[fortune-brightcove videoid=4138617949001]

While Hip Chick is aggressively entering new supermarkets in the U.S., Palandech admitted the company isn’t profitable yet. She expects the company to turn a profit by the end of 2015. Sales have been rising quickly, though, with the first three months of 2015 besting Hip Chick’s entire 2014 sales.

Why sell chicken? Johnson cooks for a Montessori school near their home in Sebastopol, Calif., and the kids always wanted one meal for lunch. “They just loved the chicken fingers,” Johnson says in an interview with Fortune.

The two knew they wanted to run a business together. And it looked like there was a market for chicken. “We wanted to pair Jen’s amazing culinary skills and amazing recipes with real, transparent sourcing,” says Palandech.

Whole Foods paved the way, explains Palandech, who runs sales and marketing and manages the day-to-day operations at Hip Chick. Johnson is “definitely the creative,” she says of her wife, who works with ingredient sourcers and packaging partners. The business is expanding, and the duo has hired staff and opened a new office in Sebastopol (that’s not in their living room).

Palandech says that at least part of the company’s success so far has come down to luck. “We’re literally in the right place at the right time,” she says. “Particularly, meat and poultry is doing very well.” These days, U.S. consumers want natural and organic products, while demand for fast-food has been flagging. Data from the U.S. Poultry and Egg Association shows that sales in 2013 for poultry products was $44.1 billion, up 15% from the year before.

David Lannon, Whole Foods’ executive vice president of operations, also offered a hand. Lannon, who also lives in Sebastopol, helped Hip Chick Farms get its initial loan after realizing they were neighbors. “It’s a fun journey for them and for us,” he says, “It’s celebrating the little guy.”
[fortune-brightcove videoid=3993960259001]