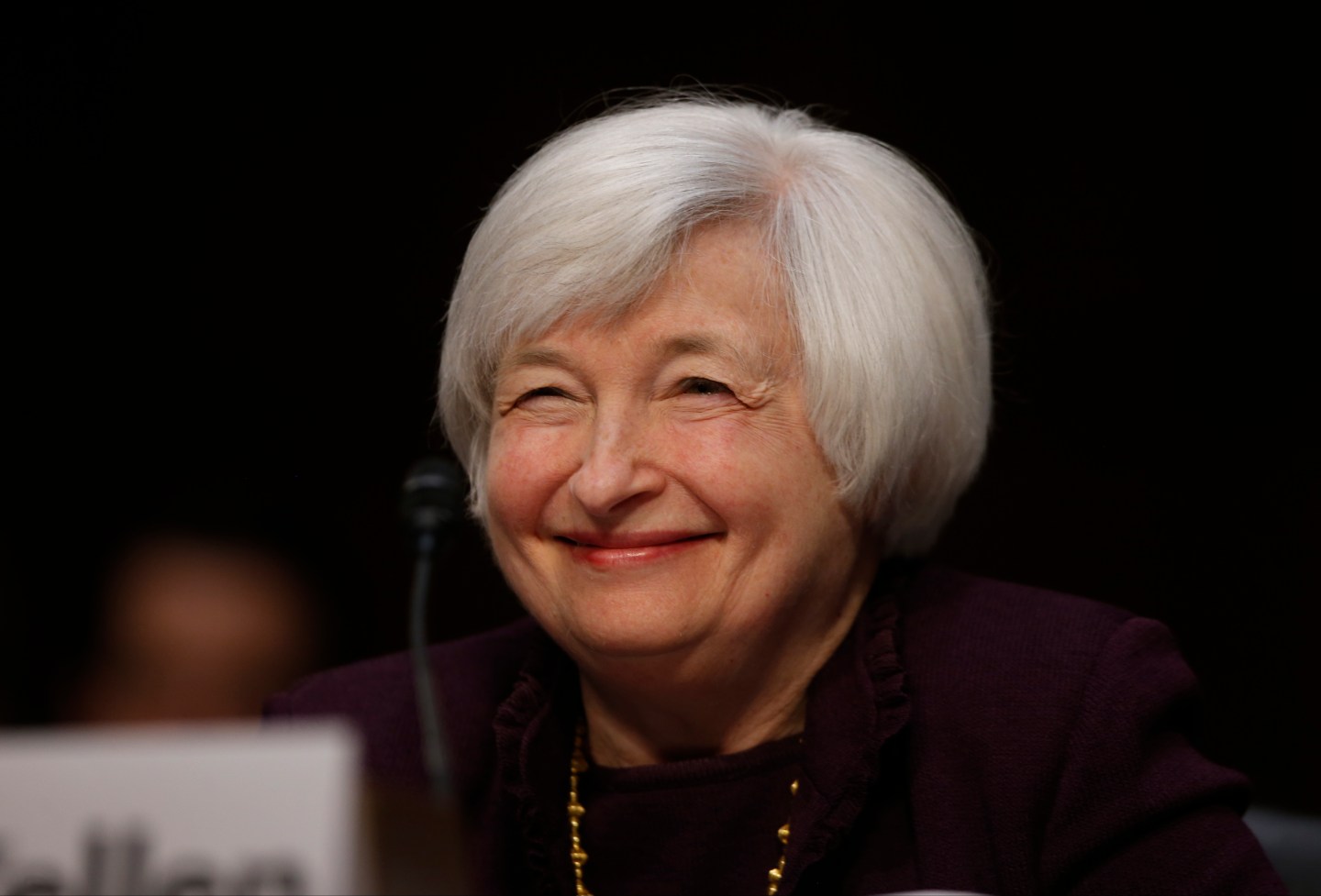 The Fed has finally acknowledged the obvious: There’s no way it’s raising interest rates next month.

Many central bankers doubt the U.S. economy will be strong enough to handle a rate hike in June, according to minutes of the Federal Reserve’s April policy meeting, which were released Wednesday. The Fed has hinted for several months it could start raising rates at its next policy meeting, set for June 16 and 17. Many observers thought that was a terrible idea, and now the Fed seems to agree.

U.S. stock prices jumped after the minutes were released. Higher interest rates can be bad news for stocks.

The Fed’s target interest rate affects borrowing costs throughout the economy, including home and auto loans. The Fed has kept that rate near zero since December 2008 — an emergency response to the U.S. economy being a flaming disaster at the time. The recession was so deep, and the recovery so slow and horrible, that the Fed has kept rates near zero for going on six years now. The economy has finally stabilized, with unemployment at just 5.4%, which has the Fed itching to bring interest rates back to something like normal.

But the economy has stumbled a bit lately, with GDP possibly turning negative in the first quarter, giving the Fed reason to go easy. And wage growth has been stubbornly flat throughout the recovery — a big concern for the Fed, and another reason to not try to slow the economy down just yet.