Jamie Dimon’s pay package: Wrong for all the right reasons 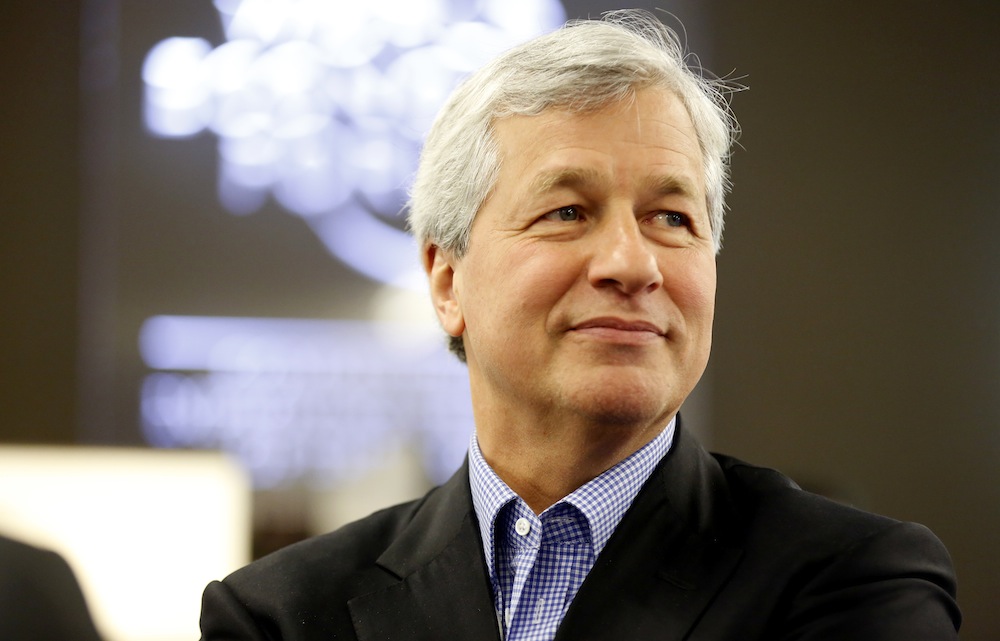 Will J.P. Morgan shareholders say no to CEO Jamie Dimon’s $27.7 million 2014 pay package? At the financial giant’s annual meeting on Tuesday, proxy information firm Institutional Shareholder Services is recommending that investors vote it down. But will shareholders who vote no be doing it for the right reasons?

Dimon has had a bumpy pay ride during his tenure as J.P. Morgan’s CEO. His smallest award, $1.3 million, was in 2009, and his largest award was three years earlier, a package worth $39 million, which occurred the first year he was CEO.

When shareholders read the annual report for J.P. Morgan this year, the decline in net revenues every year for the last five years must have leapt off the page. But what about the bank’s earnings?

Bank earnings are notoriously easy to massage. One way banks do this is by making highly variable estimates of their credit losses. One year’s large estimate can reduce that year’s income but make future profits look better.

Since Dimon became CEO of J.P. Morgan in 2006, the income statement impact of credit loss estimates has varied as dramatically as his pay. During his first year as CEO at J.P. Morgan, the provision for credit losses was $3.3 billion. Last year, the number was around the same: $3.1 billion. But in between, the figures have run from a high of $32 billion in 2009 to a low of $225 million in 2013. During the other five years the amounts ranged considerably as well: $6.9 billion, $21 billion, $16.6 billion, $7.6 billion and $3.4 billion. The financial crisis and differences in the size of J.P. Morgan’s loan portfolio do not explain the wide swings in credit loss estimates. A spokesperson for J.P. Morgan declined to offer a comment for this article.

Because the provisions for credit losses are just estimates and because they can vary widely, to understand more about what is going on at the bank, we need to look at how J.P. Morgan did before these estimates were piled on. To do that, J.P. Morgan’s 10-k provides a number called pre-provision profit which the 10-k notes “is total net revenue less noninterest expense. The Firm believes that this financial measure is useful in assessing the ability of a lending institution to generate income in excess of its provision for credit losses.”

But rather than discuss pre-provision profit, Dimon’s letter to shareholders and the compensation committee’s report in the bank’s proxy touted that in 2014 the bank “achieved record net income.” The board’s compensation discussion does not explain the details, leaving shareholders wondering whether the board really looked behind the numbers in determining pay for Dimon and other senior executives at the bank.

The board also touts the bank’s return on equity (ROE), return on tangible common equity (ROTCE), and earnings per share (EPS). But those figures are problematic, too. ROE and ROTCE are doubly easy to manipulate at a bank, by managing net income and managing equity. Plus, ROE and ROTCE are tone deaf to what we just went through in the financial crisis. An easy way for a bank to boost ROE (or ROTCE) is to have high returns, generated from high risk activities, while holding too little equity capital, something Dimon himself seems to recognize because he alludes to the problem in his shareholder letter. Earnings per share (EPS) is another problematic measure for similar reasons. To its credit, the board says it does not take a”formulaic” approach to pay by solely using net income or the other performance measures they reference.

Is there anything to like about Dimon’s pay package? Part of his bonus is in cash. Whether Dimon should get a bonus at all is a big if given the continuing risk and control issues at the bank, most recently a likely guilty plea related to “criminal antitrust violations for rigging the price of foreign currencies,” the New York Times reported last week. But if he is to get a bonus, then cash (especially if the bank would not pay it out immediately but rather hold back payment for five or more years, dependent on performance) is preferable to a 100% stock-based incentive, as he was awarded in 2012 and 2013.

The reason is simple: paying in stock or based on stock price sets up the wrong incentives for CEOs. (See this Federal Reserve report that explains how stock-based pay fueled the financial crisis — and a couple of articles I’ve written for Fortune on the problems with stock-based pay.) And that is where I disagree with Institutional Shareholder Services, which is wary because part of Dimon’s incentive package is in cash.

It’s time to draw a line in the sand on poor compensation disclosure, including poor analysis of performance. Eight years out from the financial crisis, bank compensation committees should be doing a better job of communicating to shareholders and the public. The purpose of the board’s report should not be to produce a sales pitch to sell high CEO pay using whatever measures seem fit to that purpose. Instead, compensation committees ought to be laying out a disciplined, balanced analysis of what went well and what went badly during the previous year—and how they factored all of that into their executive compensation decisions. They also should be demonstrating that they understand a company’s financials at a deeper level.

Clearly, J.P. Morgan is not alone in setting a low bar on compensation analysis. But we have to start somewhere, so why not start by saying no to the bank the Treasury deems the riskiest of the too-big-to-fail cohort?