How Wall Street got into the wild business of Bitcoin 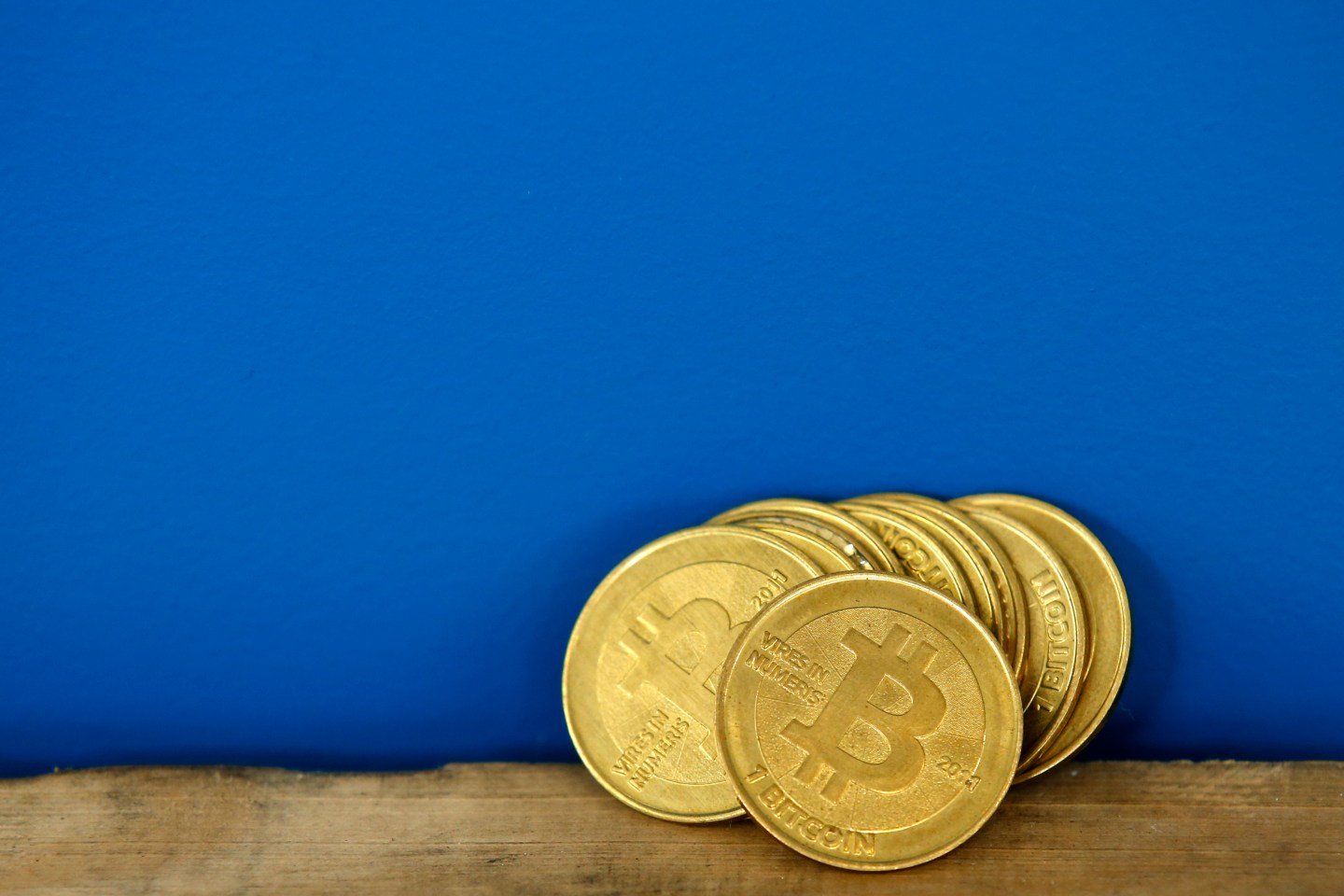 Editor’s note: The following is an edited excerpt from Nathaniel Popper’s book, Digital Gold: Bitcoin and the Inside Story of the Misfits and Millionaires Trying to Reinvent Money.

Fortress put aside a grand conference room on the 47th floor of its Manhattan headquarters and executives from several divisions of Wells Fargo showed up. Fortress brought along its own team, including some of the Silicon Valley luminaries who had gotten behind Bitcoin. Once the dozen or so people were gathered around the conference room, the co-chairman of Fortress, Pete Briger, stood up to give his pitch for the project.

Briger explained why the Fortress team was so intrigued by the Bitcoin technology – which was both a sort of digital gold, and a new way to send money around the world cheaply and almost instantly. He hinted that Wells Fargo should be keeping up with Bitcoin, given the potential for the new network to challenge some of the basic services, like payment networks, that the bank was providing. Briger closed by talking about the lack of an American-based regulated exchange for Bitcoin — something that Fortress and Wells Fargo could provide together.

The meeting ended inconclusively, and Wells Fargo ultimately demurred after Bitcoin was hit by yet another crisis, leading Fortress to scale back its engagement with Bitcoin. The plans for the exchange, meanwhile, were never made public. But the conversation between the two financial giants – and the way that Fortress’s interest developed – provides a window into the long but slow process through which Wall Street has gotten comfortable with this renegade new technology.

Briger’s interest in Bitcoin began, in earnest, in January of 2013 at a heli-skiing trip in the Canadian Rockies. Briger had invited several other financiers and entrepreneurs to a lodge that was owned by a company that was owned by Fortress. Among the guests was an Argentinian, Wences Casares, who had already started and sold a number of successful startups.

After long days of skiing, Casares regaled Briger and the other men with explanations of how Bitcoin worked, and why it mattered. At the time, Bitcoin was a fringe technology, most famous as the resident currency of the Silk Road online drug bazaar. But Casares explained it was much more than that – it was, in fact, a new kind of network that could allow people to move money anywhere in the world, instantaneously—something that these financiers, who were frequently moving millions between banks in different countries, could surely appreciate.

“You can call someone in Jakarta on Skype,” Casares told them. “You can see them and you can hear them and there’s a synchronous connection with a lot of bandwidth. There’s a ton of magic happening, which is incredible. And you hang up and you want to send them one cent and that’s not possible. That’s ridiculous. It should be a lot easier to send a cent than to see video and audio.”

Briger had a habit of taking long, anxiety-inducing pauses before responding to anything, and his first questions for Wences were distinctly skeptical. But his subsequent questions suggested that something was clicking. Pete’s job as an investor in distressed companies made him good at spotting broken systems, and the more he thought about it, the more broken the current methods of moving money around the world seemed to him.

From the ski lodge, Pete e-mailed one of his most trusted lieutenants at Fortress, Bill Tanona, and asked what Bill knew about Bitcoin. When he got back to San Francisco he opened a Mt. Gox account and quickly built up his own $100,000 position in Bit- coin. At work, he started talking with Tanona and a few other colleagues about how Fortress could get involved in this new market.

By the summer of 2013, Briger had invited an old classmate from Princeton and colleague from his days at Goldman Sachs (GS), Dan Morehead, to help Fortress look full- time at a range of virtual-currency opportunities. Morehead took up a desk at Fortress’s offices in a skyscraper near the Embarcadero in downtown San Francisco. He soon hired the first professional traders to buy Bitcoins for a fund he hoped to set up, which would make Bitcoin more easily available to big investors.

But Briger quickly ran into how hard it was to win acceptance for this controversial new asset. Briger managed to set up a first meeting with top executives at Wells Fargo during the summer of 2013. He got the meeting, but Wells Fargo quickly declined any partnership. It had been only a few months since Wells Fargo had had to deal with federal agents seizing the Wells Fargo bank accounts of the largest Bitcoin exchange in the world, Mt. Gox.

That fall, though, American law enforcement officials appeared at a Senate hearing on Bitcoin and suggested that they viewed Bitcoin as an important technology that could be used to legitimate ends. After the hearings, Briger got a call from the Wells Fargo executives who wanted to revisit the idea of working with Fortress on a Bitcoin project, which soon led to the meeting at Fortress’s Manhattan headquarters.

The possibility of one of America’s biggest banks, and one of the country’s largest hedge fund managers jointly setting up a Bitcoin exchange ultimately died soon after the arrest of Charlie Shrem, a young Bitcoin entrepreneur and the vice chairman of the Bitcoin Foundation, on charges of money laundering. Not long after Shrem’s arrest, Briger heard from Wells Fargo that the bank would not be able to move forward with the joint project. Soon after that, Briger let Morehead know that his Bitcoin hedge fund would have to move out of Fortress’s offices. One of Bitcoin’s most significant opportunities to move into the mainstream had been lost. But Wall Street’s awkward dance with Bitcoin was only beginning.

Nathaniel Popper is a reporter for The New York Times. He is author of the book, Digital Gold: Bitcoin and the Inside Story of the Misfits and Millionaires Trying to Reinvent Money. Reprinted courtesy of Harper, an imprint of HarperCollins Publishers.