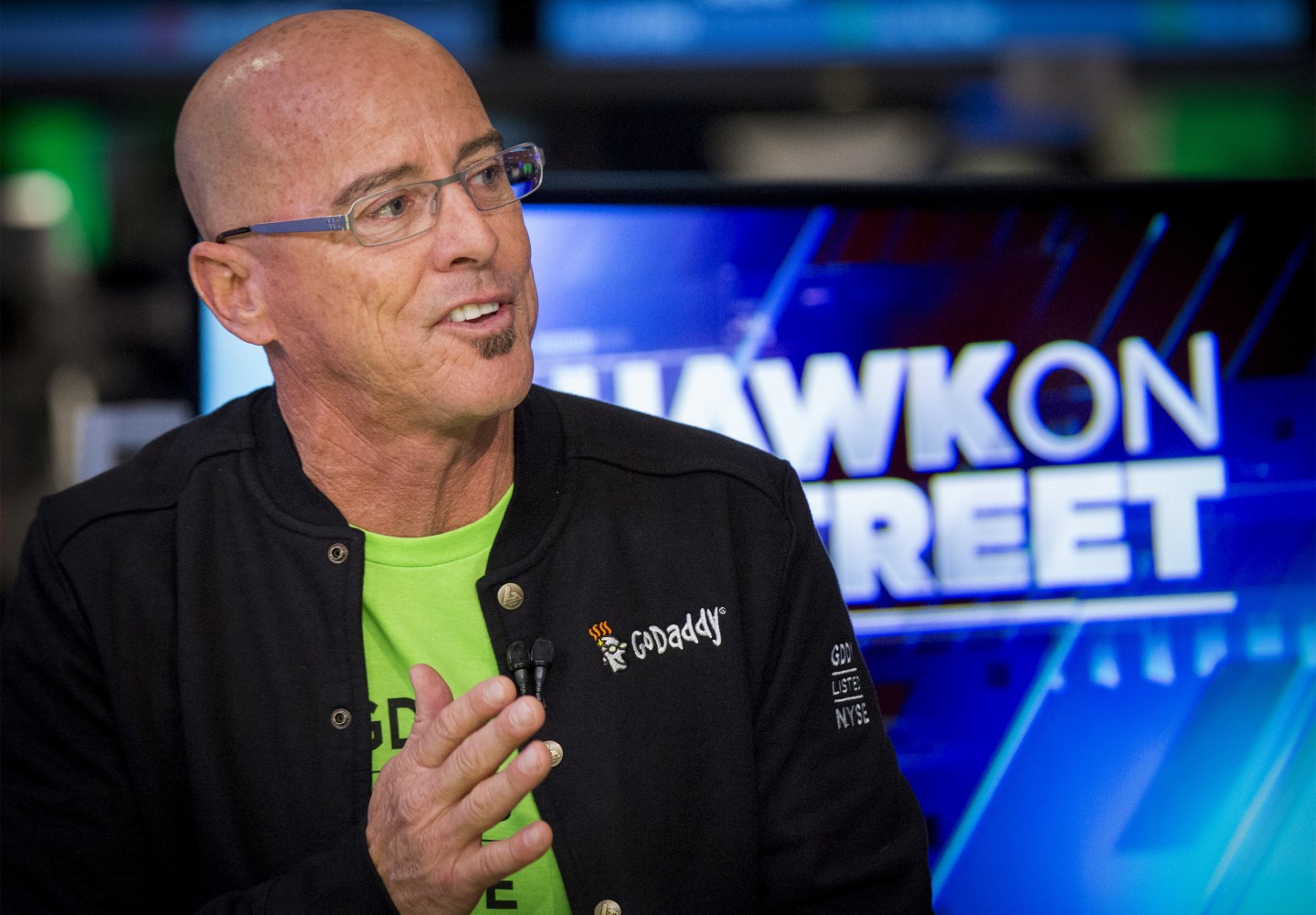 GoDaddy Chief Executive Officer Blake Irving speaks during an interview on CNBC following his web hosting company GoDaddy's IPO on the floor of the New York Stock Exchange April 1, 2015. GoDaddy Inc's shares rose as much as 34 percent in their debut on Wednesday, valuing the Web hosting and domain registration company at up to $5.48 billion, including debt. REUTERS/Brendan McDermid - RTR4VRWW
Photograph by Brendan McDermid — Reuters

What you need to know: GoDaddy (GDDY) posted revenue of $376 million in the first quarter, representing a nearly 18% increase year-over-year. That slightly tops Wall Street’s expectations of $373 million in revenue, according to FactSet.

GoDaddy also reported a quarterly loss of $43.4 million, or 34 cents per share, after posting a $52.5 million loss during the same quarter last year.

Tuesday’s earnings release was the first quarterly report from GoDaddy since the company raised nearly $460 million in its recent initial offering. The company, which started as an Internet domain name-registrar, initially priced its shares at $20 each ahead of the IPO. But the stock jumped in its first day to just over $27 per share. GoDaddy’s shares have remained more or less steady over the past month, but dipped more than 2% in after-hours trading Tuesday.

The big number: GoDaddy has tried in recent years to expand its core business areas beyond web hosting and Internet domains to include tools for businesses such as marketing and bookkeeping services. The latter represented the company’s fastest-growing unit in the quarter, with business applications sales rising more than 53% year-over-year, to $36.9 million.

However, web hosting and domains still generated the lion’s share of the company’s sales. Revenue from domain names was up 10.4%, to $199 million, while revenue from the web-hosting business rose 21%, to $140 million.

GoDaddy CEO Blake Irving noted in his company’s earnings release that a growing customer base helped drive first-quarter revenue growth. The company said it had 13.1 million customers at the end of the quarter, up 9.3% from the same period last year. The annual average revenue per user was up nearly 10%, to $115.

“Our investments in products, technology platform, and customer care are making a real difference for our customers around the world, and our first quarter results demonstrate the benefits of focusing on their needs,” Irving said in a statement.

What you might have missed: In its forecast for the current quarter, GoDaddy said it expects revenue to come in between $390 million and $395 million. The top-end of that range is slightly higher than analysts’ forecasts of about $391 million, according to Bloomberg.

For more about GoDaddy, watch this Fortune video: