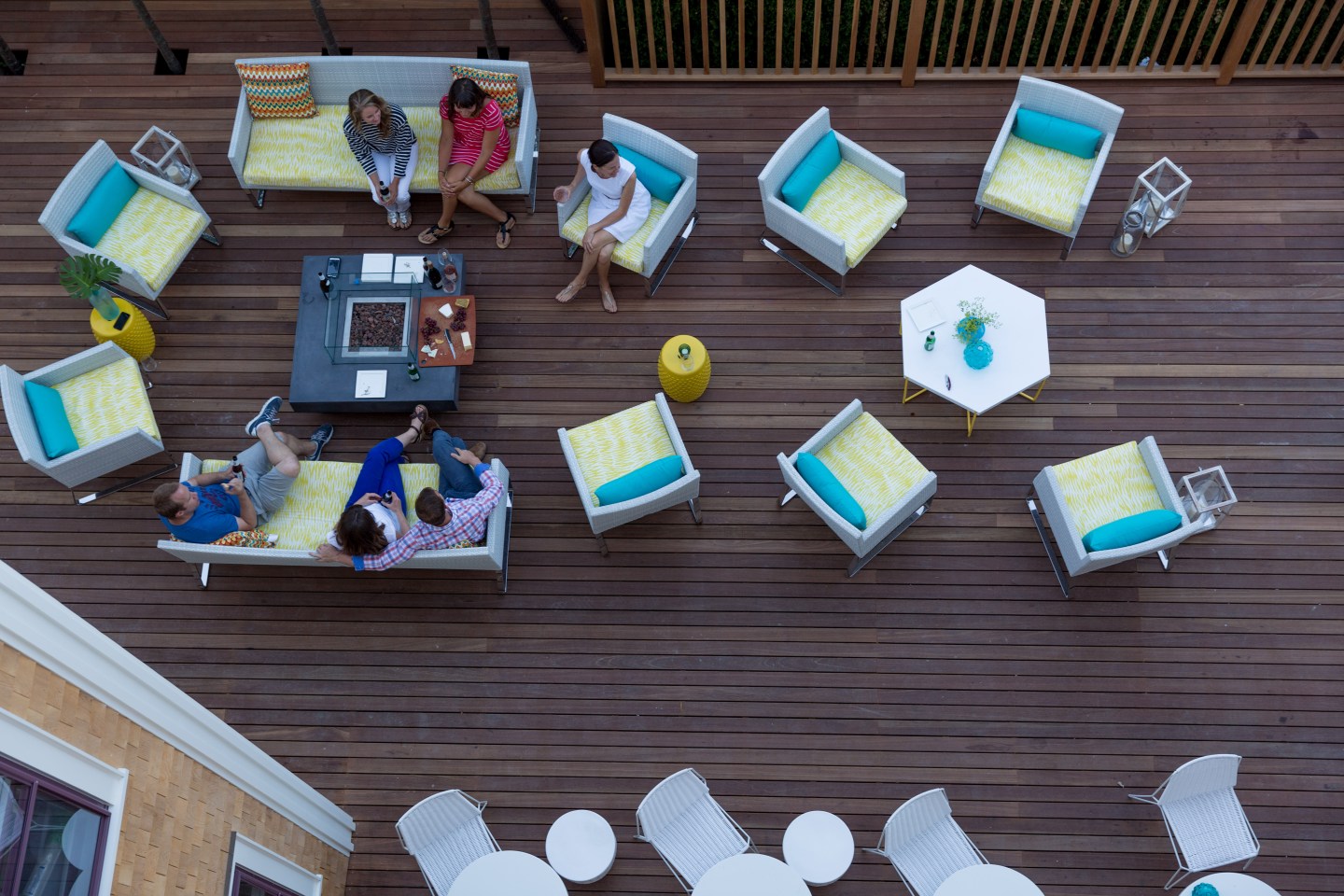 Staying in a full-service hotel can make guests feel as if they’re in a luxury bubble, as just about every need can be fulfilled 24 hours a day. Craving a Kobe beef hamburger at midnight, or a Swedish massage at 10 p.m.? No problem. But midnight cravings aside, some travelers prefer the intimacy of a boutique hotel, and there’s never been a better time to check into one.

Boutique hotels came of age in the 1990s, thanks to game-changing players like Anouska Hempel’s Blakes in London and Ian Schrager’s crop of hotels. After decades of copycat experience, it’s safe to say the lodging industry is ushering in a new era of boutique hotels that go beyond colorful wallpaper and living room lobbies. Major hotel companies have been in the game for years—even Marriott has opened its first three Edition properties in London, Istanbul, and Miami, in partnership with Schrager.

In the past year, other major hotel groups such as IHG and Shangri-La have rolled out new boutique brands and there are plenty of independent players on the scene, such as Salt, The Graduate and Lark. Why the renewed popularity? Many chalk it up to millennials, who crave curated information and every tech convenience as well as stylish surroundings that are Instagram-worthy.

“Boutique hotels speak to how people travel now,” says Rob Blood, the founder and CEO of Lark Hotels. “Millennials want experiences, and not just a room to stay in.” But Blood is quick to point out that it isn’t just millennials driving the interest.

“People really want to connect with their hotel in a different way, and get insider information about the area they’re visiting,” says Blood.

The newest generation of boutique hotels are also offering stylish, design-driven experiences in destinations that aren’t always known for having trendy accommodations. Lark Hotels opened The Attwater in Newport, R.I., in 2012. Old school Newport is better known for its mansions, grand hotels, and quaint B&Bs, which often have four poster beds and an overabundance of doilies. Blood says he wanted to offer a colorful, playful option and the result is more One Kings Lane than L.L. Bean., nary any lacework in sight.

Here’s a look at some of the latest boutique hotel brands with properties around the world.

The inklings for a new hotel brand started in 2011, when David Bowd and partner Kevin O’Shea snapped up a historic 15-bedroom inn in Provincetown, Massachusetts. After an extensive refurbishment, it re-opened in 2013 as the Salt House Inn. Two more properties are opening this May: The Chequit on Shelter Island opens May 8, while a second Provincetown location, Eben House, is set to debut May 15. The duo is positioning Salt Hotels as upscale B&Bs with all the amenities and luxuries of a full-service hotel. Traditional check in and check out times have been banned, and local, seasonal fare is served for breakfast in lieu of mini cereal boxes. Added bonus: unlike at most B&B’s, breakfast can be delivered to guest rooms. New York, Palm Springs, Los Angeles, and London locations are in the pipeline.

This new brand from InterContinental Hotels Group is targeted at wellness-focused travelers, thanks to an emphasis on health and fitness. Currently there are locations in Norwalk, C.T., (which is home to GE Capital, Virgin Atlantic, and Diageo) and Rockville, M.D. Guest rooms at EVEN hotels are simple but stylish, and include a dedicated fitness space and work out gear such as yoga mats and resistance bands. Convenience is also key. The lobby area looks more like a living room thanks to its board games and books, and guests can just grab healthy fare from its Cork and Kale restaurant. EVEN hotels are planning to open three New York locations (two in Manhattan and one in Brooklyn) later this year, and is also eyeing Washington, D.C, San Francisco, Chicago, Denver, Portland, and Seattle.

There aren’t too many CEOs who would brag about their toilet cleaning skills or ability to make a bed with tight hospital corners—single-handedly—but Lark Hotels CEO and founder, Rob Blood, got his start by working as an innkeeper with his wife in Nantucket. Today there are Lark hotels throughout New England, including Newport, Nantucket, Portland, M.E., Kennebunkport, and Portsmouth, N.H., and they all offer a design-driven experience in iconic summer vacation spots. As an added perk, breakfast is available any time. “Why should guests have to choose between breakfast and sleeping in?” says Blood. Planned locations include Stowe, V.T., Nashville, and Mendocino, Calif.

Known for its luxury properties around the world, Langham Hotels recently announced the creation of Cordis, which is derived from the Latin word for “heart.” The first Cordis property will open in Hong Kong in September, with locations in China, Sri Lanka and Bali in the pipeline. The company is quick to emphasize that Cordis will not be skimping on staff or services, so it’s hardly a watered-down Langham experience. Each property will have a unique design tailored to its location, and there will also be kids’ programs, neighborhood excursions, and a focus on wellness.

Shangri-La launched Hotel Jen launched last year in Singapore. So who, or what, is Jen? The brand is inspired by the fictional Jen, a professional hotelier who loves to travel and discover new places. The brand’s target audience is independent travelers who like a simplified approach to hospitality. Hotel Jen emphasizes insider local information, and key amenities are geared towards the iPhone obsessed, including free wifi and phone charging stations in the lobby. Breakfast is served grab and go style in the lobby. There are now 10 Hotel Jen locations in Hong Kong, Beijing, Penang, Brisbane, and Manila, and the group is eyeing more cities in the Asia Pacific region.

Banish thoughts of Dustin Hoffman and Anne Bancroft when thinking about this hotel group. Launched in 2014 in the college-centric towns of Athens, G.A., and Tempe, Ariz., Graduate Hotels are meant to evoke the glory days of university, but minus the ratty dorm furniture and beer pong. The décor is decidedly grown up but still playful, and some of the amenities include a spa, coffee bar and gourmet food. Graduate hotels are meant to appeal to (you guessed it) graduates returning to campus, visiting parents and people doing business locally. Upcoming locations are planned for: Madison, Wisc. (opening May 18); Charlottesville, V.A.; Oxford, Miss.; Richmond, V.A.; and Lincoln, N.E.