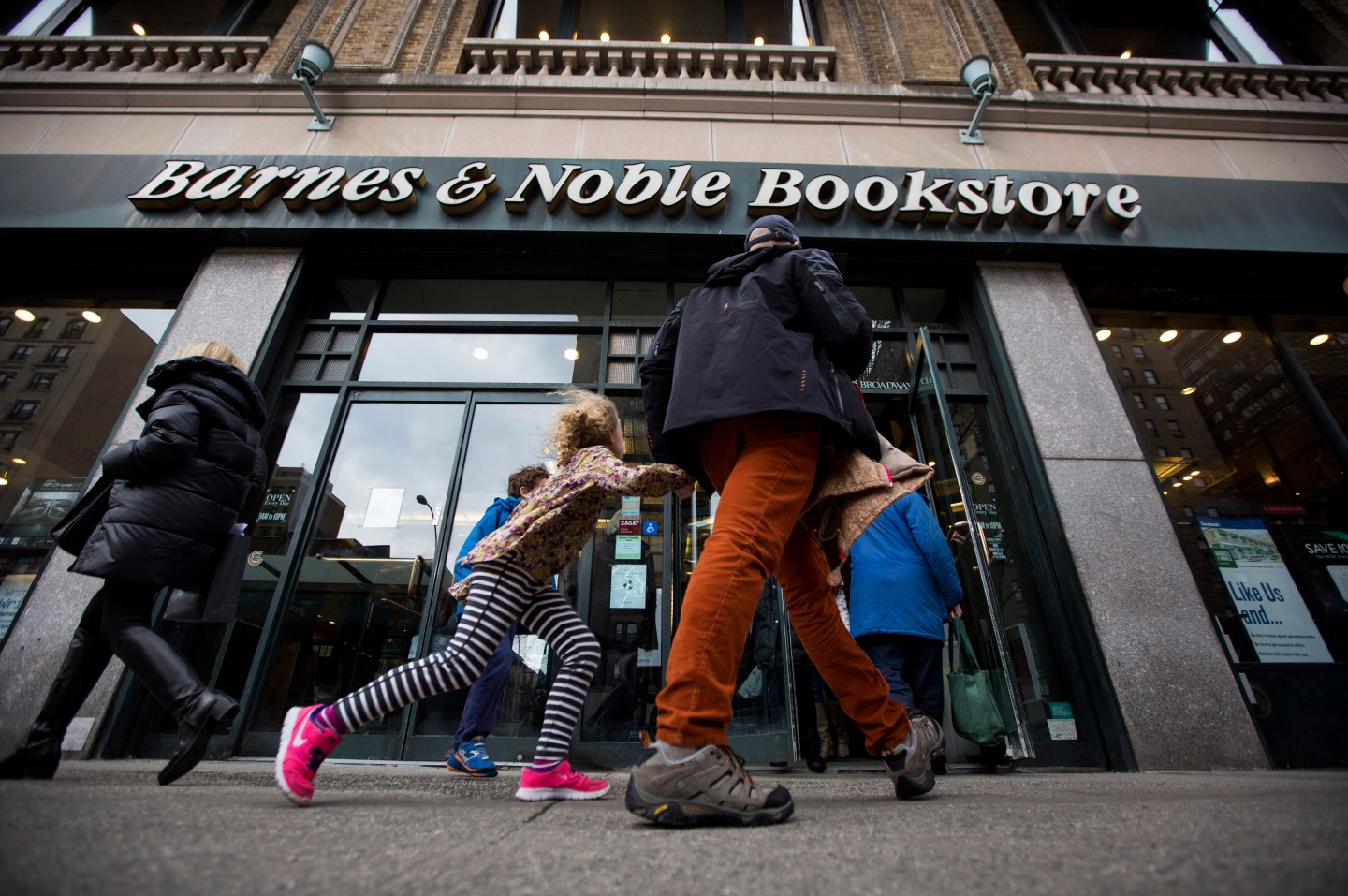 Barnes & Noble is the latest retailer to face a discrimination lawsuit filed by a transgender employee.

On Wednesday, a transgender woman who had worked for Barnes & Noble from 2007 to 2013 sued the bookseller in California Superior Court in Orange County for discrimination and harassment.

The lawsuit comes nearly a month after a transgender woman filed a similar lawsuit against Forever 21, her former employer. In March, Saks Fifth Avenue settled a discrimination suit filed filed by a transgender ex-employee.

The case by Victoria Ramirez against Barnes & Noble stretches back to 2012, when Ramirez—who then went by the name Tyson—began taking female hormones to begin her gender transition. Ramirez began to dress as a women away from work but maintained a mostly male appearance at Barnes & Noble. At times she wore remnants of makeup to work. She also began painting her nails and growing out her hair.

Her manager at the time complained about Ramirez’s appearance and told her that she was upsetting customers, according to the complaint. The manager also emphasized that they worked in a “neighborhood store” and that Ramirez should “think of the children.”

In 2013, Ramirez finally told her manger that she was transitioning into a woman and that she wanted to present herself as one at work. According to the complaint, the manager told Ramirez that wearing makeup and appearing as a woman at work would make other Barnes & Noble employees lose respect for her position as a manger and as a leader. The manager forbid Ramirez from asking coworkers to call her by her female name, Victoria. The manager later said that Barnes & Noble would not allow Ramirez to use the store’s women’s restroom or wear skirts because it might make other employees or customers uncomfortable. She could only wear makeup if it wasn’t obvious, the manager said, and she couldn’t discuss her transition with coworkers unless the manager was present to ensure that no one felt sexually harassed.

“These unlawful conditions were intensely humiliating to [Ramirez],” the complaint says.

The manager eventually fired Ramirez after she called in sick because of what she described as stress-induced panic attacks.

Later, according to the complaint, a Barnes & Noble human resources representative told Ramirez that the company’s transition plan had been wrong. Furthermore, the representative offered to pass along the message that Ramirez wanted to return to work. But another HR representative eventually rejected Ramirez’s request for a job at a different Barnes & Noble location because—based on the assessment of Ramirez’s manager—Ramirez was an unfit employee and incapable of performing her duties, the complaint said.

When contacted by Fortune, Mary Ellen Keating, a spokeswoman for Barnes & Noble, emphasized the company’s longstanding support of transgender workers. She said it works directly with transitioning employees “to provide the support they need to feel comfortable in the workplace” and with their coworkers “to ensure they are educated about the transition process and what to expect.” Keating declined to comment specifically about Ramirez. But she added “we are very proud to employ a large number of transgender individuals, whom, like all employees are treated with dignity and respect.”

The string of lawsuits comes in the wake of the federal government’s expansion of rights for transgender employees.

For more about discrimination in the workplace, watch this Fortune video: