Why SAP is overhauling its business for the Internet of things 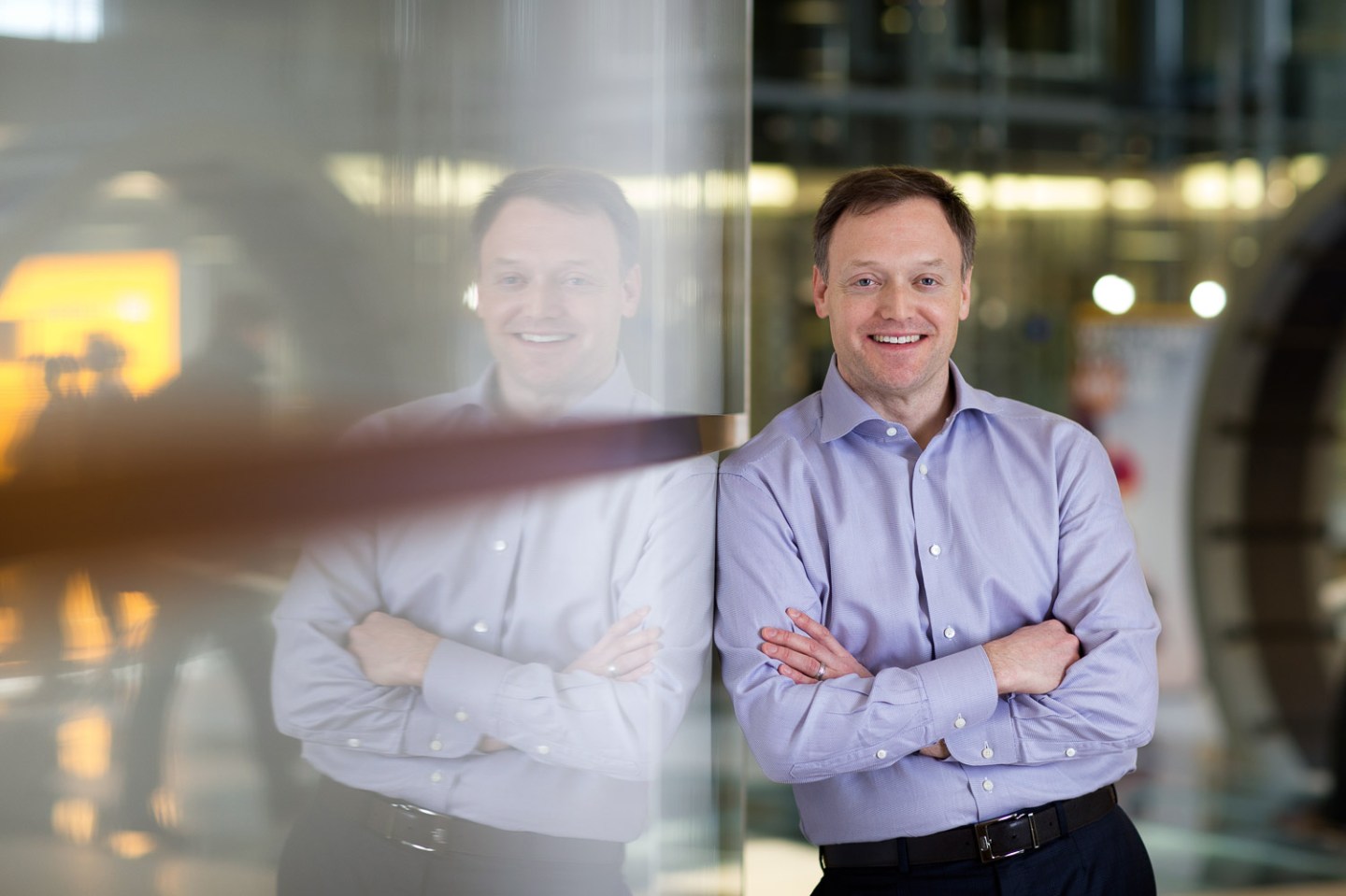 At its annual customer conference this week, SAP, the German business software giant, plans to make several announcements that seem designed to appeal only to a chief information officer. But taken together, they are part of a strategy to help businesses cope with the enormous amounts of data created by Internet-connected equipment, employees, or customers.

It’s an approach that’s quite familiar in the technology industry of late. Whether you are the chief operating officer of a company that’s trying to track just-in-time inventory against weather patterns, or a chief marketing officer matching your stock price against customer sentiment expressed on Twitter, the techno-industrial giants of the world seek to capitalize on one thing: an executive’s need to gain insight from fast-growing mountains—petabytes—of data.

“As an industry we’re still at an exploratory stage of what the Internet of things is going to mean and get our heads around it,” said Quentin Clark, SAP’s chief technology officer. “But its going to turn every enterprise into a technology company.”

SAP’s goal, like that of GE, IBM, and others, is to become one of the companies selling the shovels and picks of the data-and-services economy that will be built around the Internet of things. (In this metaphor the shovels and picks are tools used in the so-called cloud to analyze and store data generated by Internet-connected sensors. They’re also the platform on which developers build applications that use data to help companies deliver services or new experiences.)

Take a company like Emerson, known for its air conditioning systems. A network of sensors that detect ambient temperature, how many people are in the building, the outside weather, and the health of its HVAC system could help maintain a constant temperature in all areas of an office building. The system would apply prediction algorithms to prevent HVAC breakdowns by dispatching technicians when sensors inside the compressors detect problems.

SAP wants to provide the back-end infrastructure as a service to make all of that possible.

Shovels and picks aren’t terribly exciting. But it’s worth digging in to see what SAP is selling compared to its rivals. At the center of SAP’s strategy is HANA, its proprietary in-memory database technology that was introduced with much fanfare in 2011. Without getting too much into the weeds, HANA is a big deal because it can handle massive amounts of data really quickly.

That’s important because one of the central ideas behind the Internet of things is that it will generate a lot of data that people or machines will need to immediately react to. HANA therefore is core to SAP’s strategy.

This week, SAP made one large announcement and a few smaller ones. First, the large: All of SAP’s enterprise resource planning (ERP) software will be optimized to run on HANA in the near future with subscription pricing. This isn’t just big for the Internet of things movement; it also has a major impact on SAP’s business model. Clark did not go into details on pricing, but rest assured, Wall Street analysts will.

When a company that makes its money selling software licenses and hefty maintenance fees transitions to a monthly licensing model, the CFO has a plan to explain how this will impact the balance sheet. From a technical perspective SAP is doing exactly what it said it would do earlier this year, which is transition its existing software to the HANA cloud. SAP’s “next generation” business software suite, S4, will run on HANA and sport a single unified interface across all applications.

Clark explains that this offers a more modern interface for customers—It will look great! It will be responsive on mobile devices!—but it also means that the data sets that customers are using will be stored in HANA and can be re-used across all of their other applications more easily. In many cases, by eliminating the dreaded IT “silos” of different data sets stored in different places, one dumps it all in HANA and can play with it across any application. We’ve heard this promise from the largest IT vendors since 2009, but almost all of them are finally delivering with cloud-based platforms as a service.
[fortune-brightcove videoid=3865787060001]

And it’s about time, because the Internet of things will require SAP’s customers to make this transition, even if SAP has to drag them kicking and screaming. To that end SAP has built a dedicated Internet of Things platform on HANA called, cleverly, the SAP HANA Cloud Platform for the Internet of Things. (The naming is almost as distinct as IBM’s Internet of Things Foundation platform.) The SAP offering includes an asset management product, a predictive maintenance and service product, and several other things you might expect if you were managing, monitoring, and building a business around millions of connected devices.

SAP is also signing a partnership with its German industrial counterpart Siemens to build what the two are calling Siemens Cloud for Industry as an open cloud platform for analyzing large datasets in the industry. Like GE’s hoping to use its expertise in manufacturing to make its own Predix software and offerings for the Internet of things better, this is a similar effort, only it looks like it will be shared openly—or at least among developers that want to build applications that will live on SAP’s newly launched HANA store.

Yes, like Salesforce.com has its Force.com store where developers can put applications designed for the suite of customer relationship management software, SAP has built an application store where integrators, customers and others can build applications that will help tie other IT resources into HANA. So far more than 800 have. And this is where Clark gets really excited about SAP’s position.

Because not only will Clark have the tools to make CIOs at big companies happy, he now has the tools to help the CEOs transform the business. The developer-facing platform, where a company’s data can be turned into a valuable asset delivering a differentiated service is where the future lies.

“For a company to get value out of the Internet of things there are two audiences it has to feed,” said Clark. “Those are business users and developers …and the developer [value] is ultimately expressed on the apps side. If you have a tractor maker and you can sell that tractor maker instrumentation with connected data that offers predictive maintenance and lets him in turn offers services on the other end, that’s going to provide a lot of value for him, that comes back to us.”

For SAP, the Internet of things starts with its software, but it’s really services all the way down.
[fortune-brightcove videoid=4218864876001]