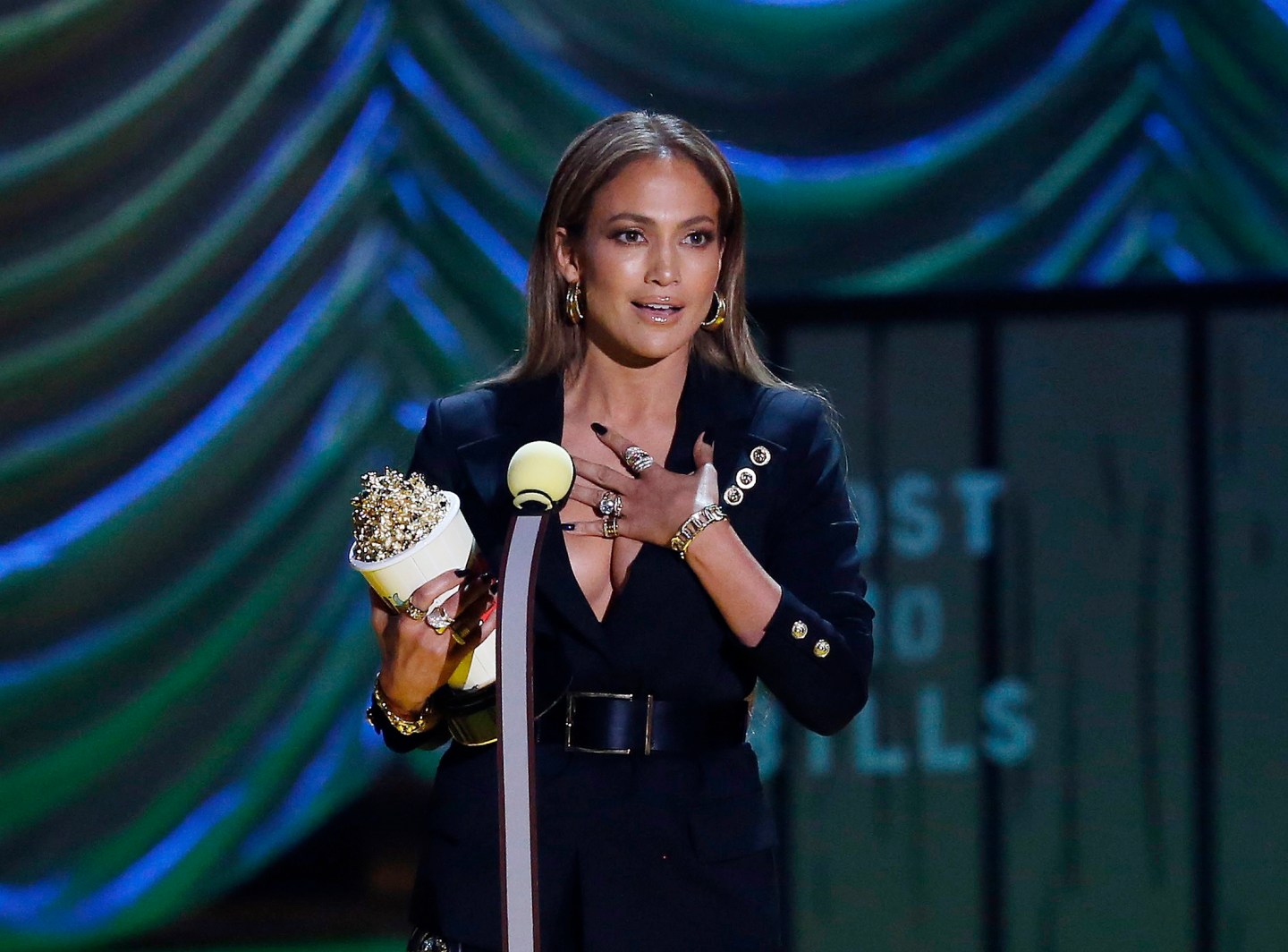 Singer and actress Jennifer Lopez has a message for Silicon Valley: Come partner with me.

Taking a detour from her usual celebrity haunts, Lopez made an unusual appearance Wednesday at a venture capital conference in San Francisco to talk about potential business deals with the tech industry. It was a look at Lopez not as the starlet everyone sees on the screen, but as the businesswoman and the brand.

“I feel like these worlds are so merged over the past few years,” she said of Hollywood and Silicon Valley while making her pitch for tech investors to hit up her business associates with ideas.

Lopez is, of course, one of the most Hollywood’s recognized celebrities for her film, television, and singing career. She has starred in hit movies such as The Wedding Planner, made a highly successful run as a judge on American Idol, and had several hit albums.

Like many entertainers these days, Lopez has used her high-profile status as a business asset. She has cosmetics endorsements, a clothing line, perfume and cologne, and a movie production company. Furthermore, she’s an investor and chief creative officer for NuvoTv, an English language cable television network focused on U.S. Latinos.

But in front of audience of several hundred at VentureScape, a conference organized by the National Venture Capital Association, Lopez voiced her dream to “build something that’s never been done before.” Her idea is to create a $1 billion business empire that goes beyond the usual stuff of celebrity to include the burgeoning tech industry.

Lopez didn’t share any specific ideas with the audience, who are the gatekeepers of billions of dollars in funding. But if history is any guide, it could include mobile gaming and e-commerce along with some sort of music and video streaming or production business.

In fact, as a company, Lopez, is far more profitable than the money-losing tech startups that venture capitalists in the room typically invest in. She also has a track record of success that far surpasses that of Stanford University grads, the usual recipients of venture capital largesse, who have no experience beyond living with mom and dad.

Hollywood celebrities are increasingly drawn to Silicon Valley, which from afar can seem like an easy source of money. But like Hollywood, it has its share of blockbuster flops.

Actors Ashton Kutcher and Jared Leto, and singers such as Bono and Lady Gaga, have all invested in startups. Kim Kardashian has a successful mobile gaming app, while Tom Hanks found some traction with an app that mimics the experience of a typewriter keyboard on tablets and smartphones.
[fortune-brightcove videoid=4218262664001]

Lopez chatted on stage wearing a burgundy pants suit, a far cry from the sleek dresses she wears on the red carpet. Her super-sized gold-hoop earnings, sparkly rings and bracelets were, however, a bit out of character for the mostly male venture capital uniform of blue button-up shirts and blazers.

Lopez came across as a sharp ambitious businesswoman who is well aware of her brand, a term she used frequently. Staying authentic to that image — that of an entertainer, mother, and woman of humble beginnings in a struggling Puerto Rican family from the Bronx — is important, much like for any product, and it’s key to reaching a bigger audience of potential customers.

Aside from the sales pitch, Lopez stayed mostly inspirational by talking about her work ethic and her desire to change lives. A lot of it, however, echoed entrepreneur-speak about “thinking big” and “taking risks.”