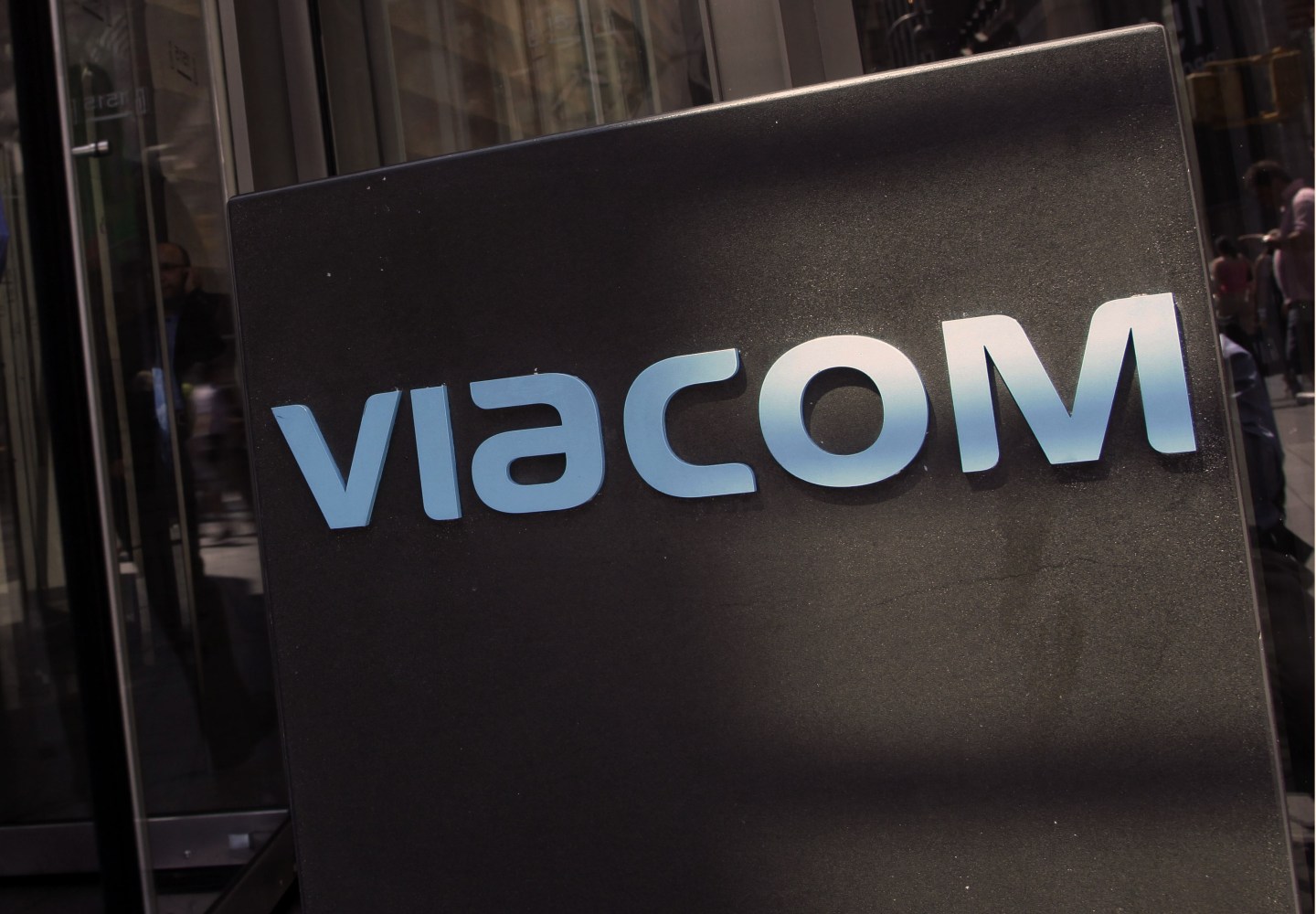 Viacom released its second quarter 2015 financials on Thursday before the U.S. stock markets opened, reporting adjusted diluted earnings per share of $1.16 on $3.078 billion in revenue.

Not adjusting for a hefty, previously announced restructuring charge, the company lost 13 cents per share, as profit fell 111%.

Wall Street had forecast Class B (non-voting) EPS of $1.07 on $3.26 billion in revenue, according to numbers compiled by Yahoo Finance. Zacks concurred with the per-share earnings estimate, which the media company clearly topped despite whiffing on sales.

Viacom’s revenue slipped 3% from the comparable quarter last year. Filmed Entertainment sales fell overall by 21%, driven by declines in television license fees and home entertainment revenues that were impacted by the number and mix of available titles. Weaker box office carryover from the prior quarter didn’t help, as theatrical revenue slipped 10% year-over-year.

“We are deeply committed to investing in more and more original content,” Viacom President and CEO Philippe Dauman said, “expanding in international growth markets, where we are launching networks at a rapid pace, and adapting to changes in technology and consumer behavior. In the quarter, Viacom’s Media Networks delivered higher advertising and affiliate revenues, and new hits like ‘Lip Sync Battle’ set the stage for even more exciting, original programming across our networks.”

“Paramount Pictures also continues to be a proven hit maker,” he said of the film side. “‘The SpongeBob Movie: Sponge Out of Water’ was the first title from our brand new Paramount Animation division and a box office success around the world, and we look forward to the releases of ‘Terminator Genisys’ and ‘Mission: Impossible – Rogue Nation’ this summer.

“With our strategic realignment largely complete, Viacom is in excellent position to take full advantage of the many opportunities in the rapidly evolving media environment,” Dauman said. “The $175 million in savings to be achieved in fiscal 2015 and substantial ongoing annual benefit will allow us to move efficiently through the second half of the year and beyond.”

Viacom underwent layoffs and other restructuring moves during the most recent quarter. It also lost key members of the team, such as high-level executives Van Toffler and Larry Jones. “Daily Show” host Jon Stewart announced around the same time that he was leaving the company’s Comedy Central network. Stewart’s final show is set for August 6.

In April, which is technically not part of Q2, the company announced a $785 million programming writedown, meant to save it $350 million annually. The pre-tax charge, which was actually $1 million less than anticipated, was recognized in 2015’s second quarter.

Additionally, Viacom temporarily paused share purchases under its $20 billion stock repurchase program, in an effort to remain within its target leverage ratio.

The company’s earnings call is set for 8:30 p.m. ET on Thursday, at which point this post will be updated with any pertinent information.

Viacom to Write Down $785 Million in Restructuring