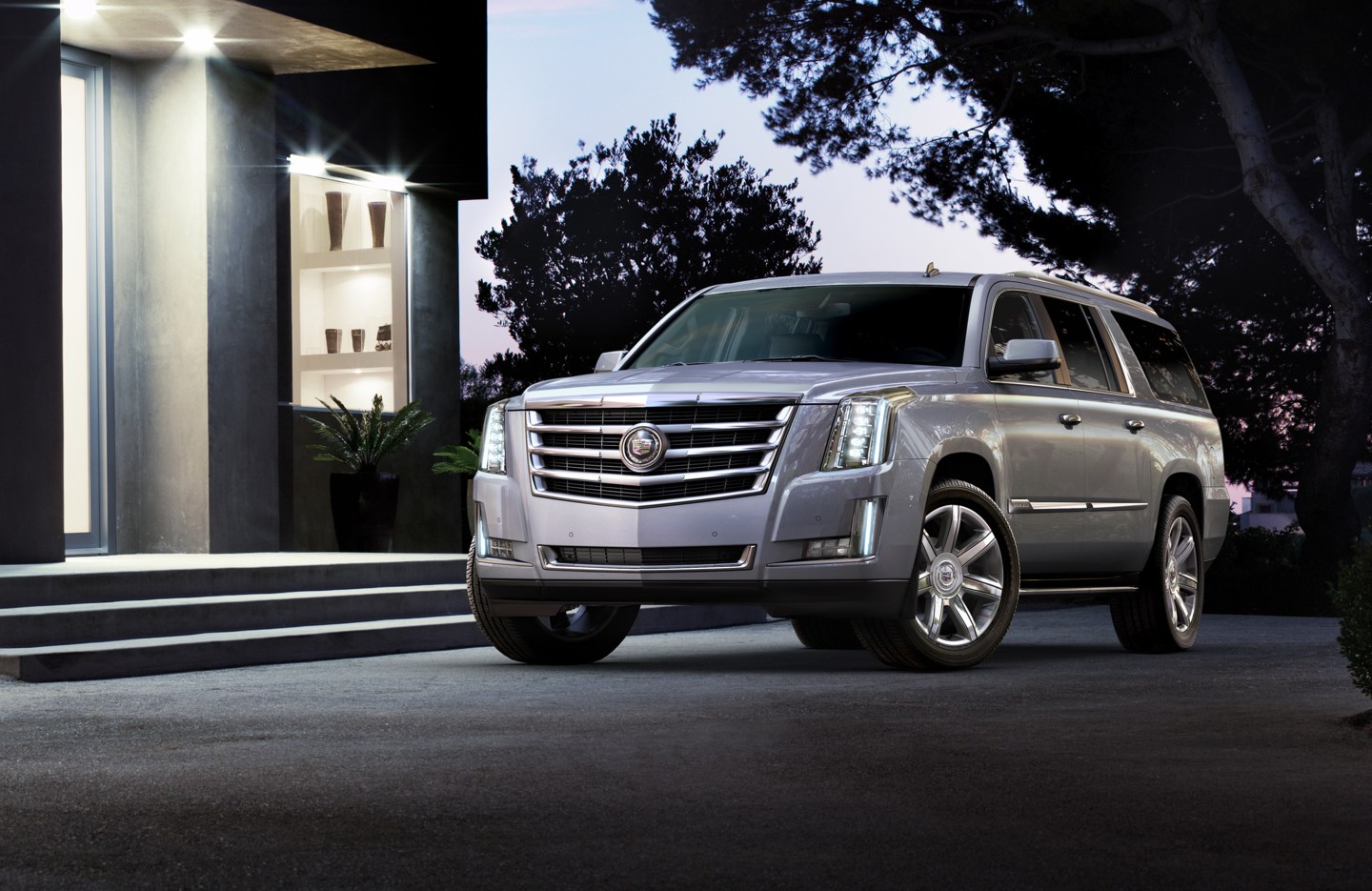 At the curb beneath those $100 million Manhattan penthouses, the streets of New York are lined with big, black vehicles, their motors idling, waiting for their well-heeled passengers. Not long ago, they would have been workaday Lincoln Town Cars, along with a few custom-bodied stretch limos for extroverts. Today, they are trucks in tuxes: high-end SUVs like Mercedes-Benz GLs (base price: around $65,000) Cadillac Escalades ($75,000 and up), and Land Rover Range Rovers ($80,000 plus).

The sudden surge of interest in full-size luxury SUVs, which isn’t restricted to the Northeast, has become the auto sales story of 2015. Range Rovers are in such short supply that buyers are waiting six months to get them. Sales of the flashy Escalade, all-new this year, have more than doubled, while the Lincoln Navigator, refreshed this year with a new grille and LED running lights, is up 84%.

It seems hard to believe, but luxury SUVs now account for 46% of the high-end auto market, according to Edmunds.com. As SUVs gain in popularity, sales of traditional high-end cars are lagging. The short and long versions of the Escalade outsell every other model in the Cadillac line. Porsche, which made its name building sports cars, now gets more than half its sales from SUVs and just launched another one, the mid-sized Macan. Says Edmunds.com Senior Analyst Jessica Caldwell: “The introduction of SUVs has paid off in spades for them. Adding SUVs to the lineup is an easy way to add incremental sales as well as sell vehicles with hefty profit margins.”

Luxury automakers who have stayed out of the SUV business until now for reasons of scale efficiencies or brand integrity are now rushing to get in. Daimler is planning a Mercedes Maybach version of the Mercedes GL. For its part, Rolls-Royce appears likely to introduce its SUV in 2018. Both will be trailing Bentley, which introduces the Bentayga, named after a mountain peak in the Canary Islands, in 2016. In a widely-quoted comment, Bentley’s boss quipped “We will solve the problem that you cannot spend more than $160,000 on an SUV.”

What’s fueling the boom? The rise of the luxury SUV is one 2015 sales trend that can’t be explained by falling gasoline prices, The well-heeled who park a $80,000 Lexus LX470 in their driveway aren’t likely to make buying decisions based on pennies at the pump.

No, what we’re seeing is a growing realization that improvements in dynamic capability and an upgrading of luxury fittings have narrowed the gap between SUVs and high-end sedans. At the same time, an SUV’s high roof and elevated riding position provides a greater sense of safety and security. It also makes climbing into the passenger seat more comfortable than sinking into the back of just about any limo. One wit described the Range Rover as “being like a cathedral on wheels, only with comfier pews.” That’s a selling proposition that any one-percenter can appreciate.