Airbus mulls share buyback as it continues to cruise 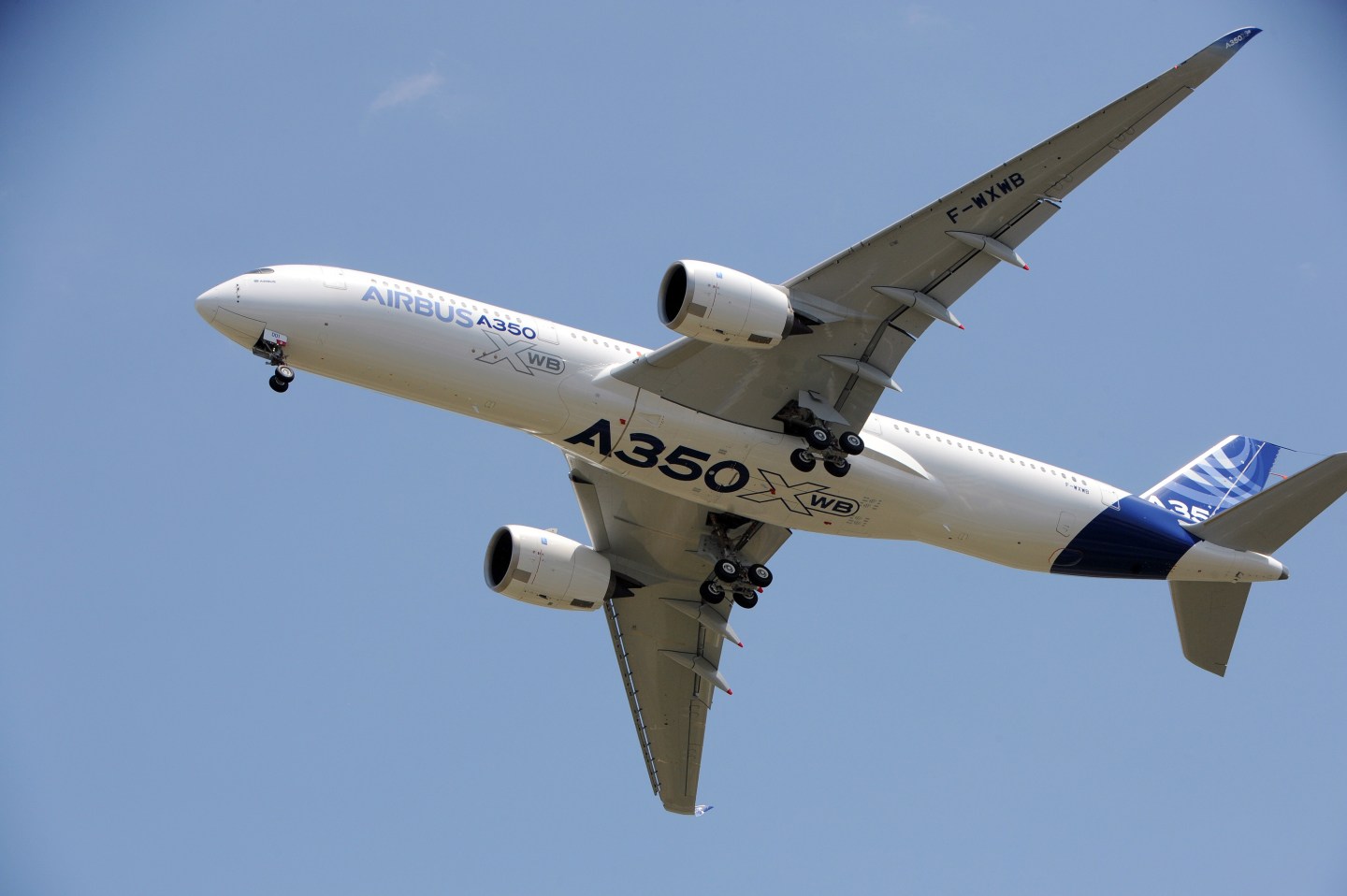 Airbus has lost a valuable order for its new line of A350 jets.
Photograph by Eric Cabanis — AFP/Getty Images

Airbus Group (EADSY) dangled the prospect of a share buyback program in the fall after reporting its main commercial jet programs were on track and confirming full-year guidance Thursday.

Europe’s largest aerospace group, the biggest rival of Boeing Corp (BA), said it was pushing ahead with a production increase for its new A350 jet and that its revamped A320neo remained on schedule. The A380 superjumbo will break even as planned this year, it said in a statement, as it posted in-line first quarter results.

After a boom in jet demand that accounts for the bulk of a roughly $1 trillion stockpile of orders on the European company’s books, Airbus and U.S. rival Boeing are increasingly focusing on how to achieve higher production goals.

Airbus’ flirtation with returning cash to shareholders may irritate companies such as European discount airline Ryanair Plc (RYAOF), whose plans for starting long-haul flights to the U.S. fell foul, among other things, of the long time it would have to wait for suitable airplanes.

Airbus will ask shareholders at its annual meeting on May 27 for permission to buy back up to 10% of its share capital. Chief Financial Officer Harald Wilhelm said the company would come back to this issue in the autumn, once it has more clarity on divestments and production plans.

First-quarter revenue fell 5% to 12.08 billion euros ($13.4 billion) due to lower commercial plane deliveries that were partially offset by the impact of a weaker euro. Operating income before one-off items fell 7% to €651 million, roughly in line with analysts’ forecasts.

The results make for a rare blip in a pattern visible across most other sectors in this quarter’s reports, which has seen the weaker euro boost European companies’ earnings, often at the expense of their U.S. competitors. In Airbus’ case, the difference is largely explained by the long product delivery cycle.

Commercial jet deliveries are expected to be “backloaded” towards the later part of the year, Airbus said. It delivered just one A350 jet in the first quarter but this was in line with contracted delivery dates, Wilhelm said, confirming a target to deliver 15 of the widebodies this year.

Airbus logged 134 plane deliveries in the first quarter, compared with 141 in the year-ago period.

Free cash flow swung to a positive €452 million in the first quarter from a negative 2.034 billion, swelled by the sale of part of Airbus’s stake in Dassault Aviation.

Wilhelm said Airbus would be looking to sell more of its remaining stake in Dassault once a lock-up period expires towards the end of this year.

Dassault, for its part, was boosted Thursday by the news that Qatar had committed to buy 24 of its Rafale fighter jets in a deal worth an estimated €6.3 billion, according to Reuters.

Airbus said that based on its current view of production it would achieve breakeven in free cash flow in 2015 before mergers and acquisitions.

For 2015, Airbus also expects slightly higher deliveries and a higher order book. It sees higher revenue and a slight increase in core operating income before mergers and acquisitions.