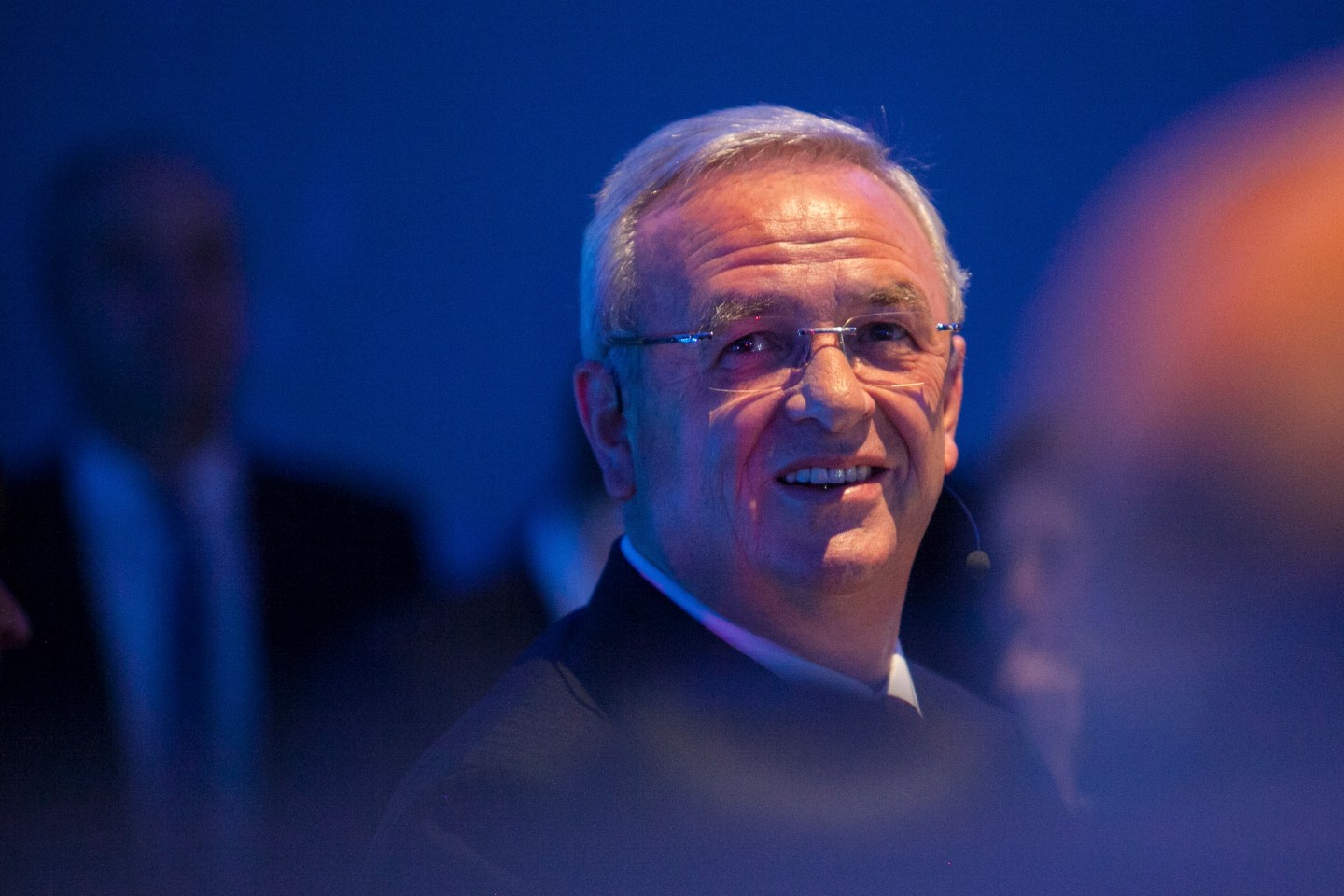 Volkswagen AG (VLKPF) chief executive Martin Winterkorn has reason to be smug Wednesday, after turning in a 17% rise in first-quarter operating profit to €3.33 billion ($3.65 billion), well above expectations.

The dust hasn’t yet settled from a boardroom power struggle at the world’s second-largest auto group that ended last weekend with the resignation of long-serving chairman Ferdinand Piëch, after he cast doubt on Winterkorn’s ability.

The improvement in VW’s figures was due not least to an improvement in the low profit margins at the core VW brand (to 2% from 1.8% a year earlier), one of the main gripes against the company by Piëch and the broader investment community. However, the bulk of profits (two-thirds of the total) came, as usual, from the upmarket Audi and Porsche brands. Having drawn up a radical cost-cutting plan for the VW plan, Winterkorn is passing on responsibility for it to Herbert Diess in July.

The company’s preferred shares were up over 1.6% in early trading in Frankfurt Wednesday.

As with rival Daimler AG (DDAIY), which reported on Tuesday, VW’s figures were helped across the board by the fall in the euro, which made its products more affordable in world markets and boosted the euro value of sales in other currencies such as the Chinese yuan. Revenue rose 10% to €52.7 billion on a rise of only 1.8% in unit sales. The modest rise in deliveries to 2.49 million vehicles ensured that it stayed in second place in the sector’s global rankings behind Toyota Motor Co. (TOYOF), which sold 2.52 million in the first three months of the year.

But VW also profited from a buoyant domestic European market, which has woken up in the last year after a long hibernation in the wake of the Great Recession. Deliveries to customers rose 9.1% in Germany, while exports were up only 0.9%.

Daimler, the maker of Mercedes-Benz, had reported unit sales up 13% year-on-year at 641,000 vehicles, generating a record €34.2 billion in quarterly sales. and a 41% rise in profit before income and taxes. With a stronger market presence in the U.S. (where sales were up 14% on the year), Daimler profited more from the relative strength of both the dollar and the U.S. economy in general.

Another place where the two companies’ fortunes diverged was in China, where both are recovering from the shock of an unprecedented antitrust probe by authorities last year.

VW is far better established in the world’s largest car market, but deliveries edged up only 1.2% at VW’s China division (albeit its joint ventures with local partners aren’t included in those figures, and they turned in a 29% rise in operating profit).

While Mercedes sales in China also slowed, they were still up 24% on the year.

“We have always emphasized that 2015 will be a challenging year for the automotive industry as a whole, and also for us,” Winterkorn said. “Our key figures show that the VW group remains on course, despite the headwinds.”

For the full year, the company predicts a 4% rise in revenue from last year’s €202 billion and an operating margin of between 5.5%-6.5%, still at the low end of its (German) peer group. Aside from the VW brand, the company’s MAN and Scania trucks are also struggling.