Why this AOL executive chooses her mentors — wisely 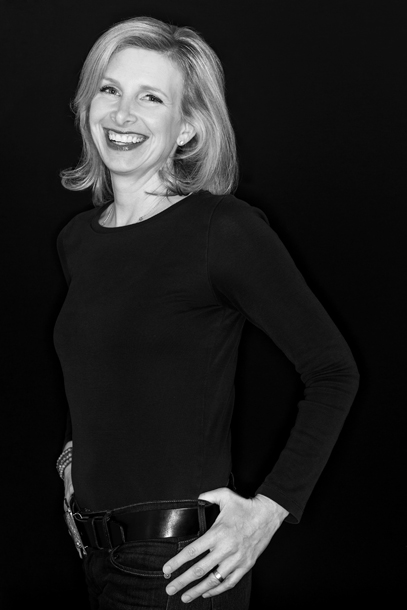 MPW Insider is an online community where the biggest names in business and beyond answer timely career and leadership questions. Today’s answer for: Why is it important to have a mentor? is written by Allie Kline, CMO of AOL, Inc.

The term “mentor” gets thrown around a lot. These days, it seems that everyone either has a mentor or a mentee. As someone who has been in both scenarios, I couldn’t be a stronger supporter of mentorship and the impact it can have on your life. Yes, your life–not your career. Acting as a mentor is a huge responsibility.

The mentor who has had the biggest impact on my life is John deTar, CEO of a digital advertising and marketing company. I met John when I was 24 years old during the onset of the Internet revolution. On the surface, he was an unusual choice for my mentor. He was a sales guy; I wanted to be a digital marketer. He knew little about technology; I knew less, but was hungry. He had a family and priorities outside of work; I was single and focused solely on work. It turns out the differences between us made our connection even more unique. At the highest level, what I learned from John were things that I hadn’t realized I needed to think about. The non-obvious turned out to be invaluable. And, when I think about mentoring others now, that’s the primary threshold: can I contribute to their lives in a non-obvious way? John modeled four things in particular that I aim to replicate with those I mentor:

Commit to the long-term
Be prepared to support them for large chunks of time, not just in short bursts. I’ve actually found that it’s better to decline mentorship if you can’t commit to being deeply present. I suppose you could argue for micro-mentorship, or leadership and provide support for a specific project or job. But, I believe that mentorship is about impacting a person life, not just their career. I may take on fewer mentees, but I’m in it for the duration.

Be an advocate and a critic
Trust earns the right to be candid and outspoken. So, the first phase of mentorship is always about building trust through deep listening and support. This isn’t a step you can skip, regardless of whether you’re the mentee or the mentor. If you skip ahead to critiquing, you’re just another version of their boss or parent. This phase is also where you see potential in your mentee that they can’t see in themselves. Part of your job is to make sure your mentee recognizes their own capabilities. Once trust is established you can–and must– get into a cadence of candor. You need to broach the tough subjects when others won’t, and help your mentee confront the personal and external factors inhibiting their growth.

Get personal
In my experience, being a mentor means getting personal. If you aren’t comfortable with this, or if you are hesitant to connect with your mentee emotionally, then it won’t be rewarding for either of you. There were two discussions that I had with John that continue to impact my career decisions: the importance of taking risks and the ability to be vulnerable. These were difficult conversations to have because they were deeply personal for me. I was afraid of failing, and I had resisted vulnerability out of a fear of appearing weak. He knew these things about me because he took time to understand me personally and professionally. John initially celebrated the baby risks I took and eventually became comfortable calling me out when I was acting from a place of fear, rather than opportunity.

Treasure the bond
Mentorship and inspiration go hand-in-hand. You may find in the beginning that your mentee sees you as the role model. But as time goes on, watching your mentee soar to new heights will inspire you, too. Though a strong mentorship requires immense time and effort, it’s incredibly rewarding. Today, John and I share as much of a friendship as we do mentorship. We continue to inspire each other every day. Our bond is honest and trusting, but more importantly it’s a lifelong connection.