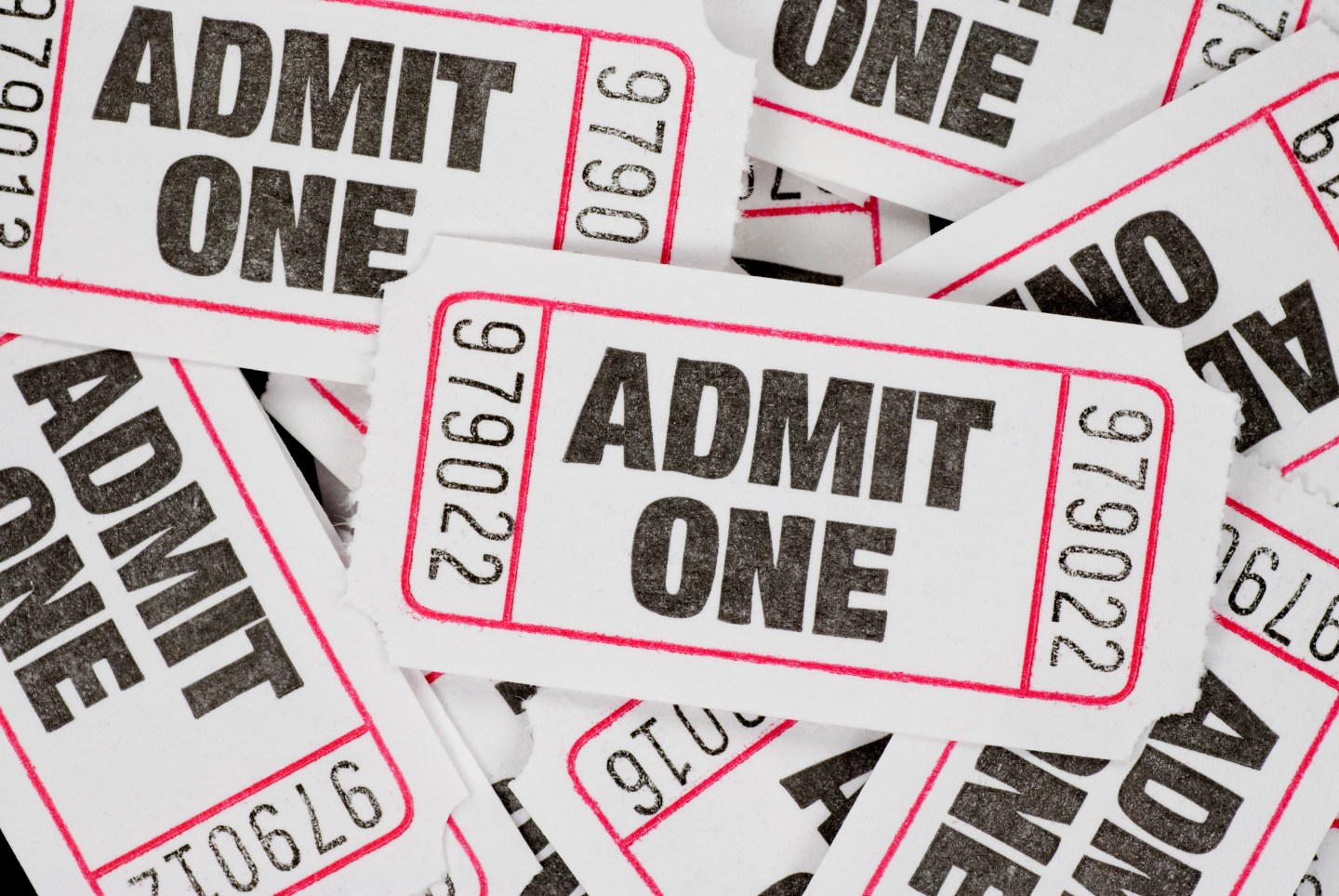 After enduring the highest ticket prices ever in 2014, American moviegoers had some extra change in their pockets during the first quarter, according to data released Monday by the nation’s theater owners.

This year’s first quarter drop is attributable, at least in part, to the absence of any blockbuster 3D titles. Neither of the quarter’s two highest-grossing films, Disney’s (DIS) “Cinderella” and Universal’s “Fifty Shades of Grey,” were released in 3D, nor were the hits “American Sniper” from Warner Bros. or “Kingsman: The Secret Service” from Fox.

In the final quarter of 2014, the 3D epic “The Hobbit: Battle of the Five Armies” dominated the box office and closed out Warner Bros.’ Middle Earth film franchises.

It might be smart for film fans to hang onto that extra change, however. The average ticket price is almost certain to rise this summer, when a slew of superhero movies and blockbuster sequels roll out, including “Avengers: Age of Ultron,” “Jurassic World” and “Mad Max: Fury Road.”