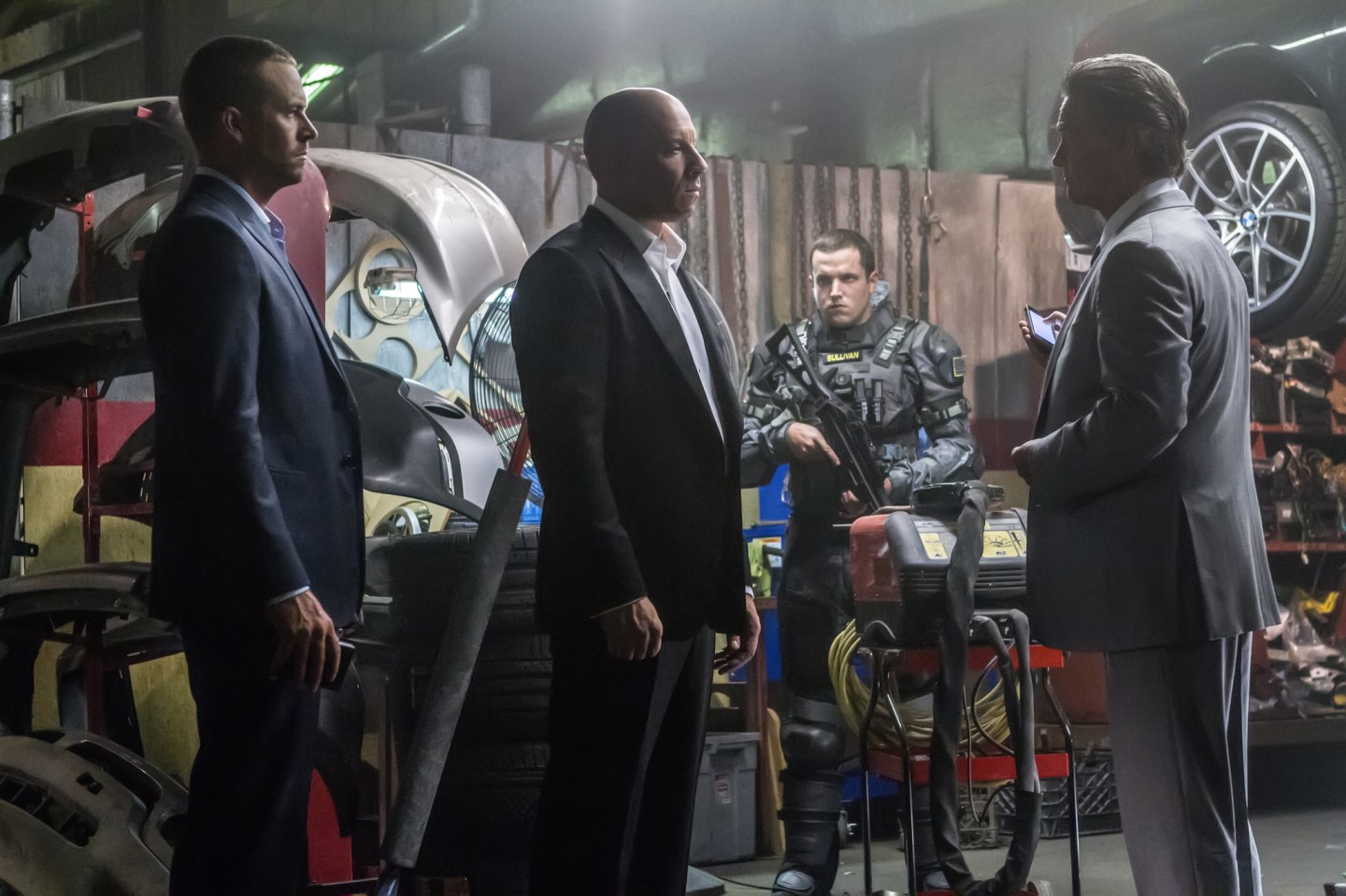 “Furious 7” will be the second record-breaking American movie blockbuster to make more at the box office in China than it will in North America.

Universal’s action sequel, which has taken in more than $1.32 billion globally, over the weekend became the highest-grossing film ever in China, with $326 million in 15 days of release. That’s more than the $319 million previous record-holder “Transformers: The Age of Extinction” rolled up for Paramount last year.

It’s also more than “Furious 7” has made in North America, where it has brought in $320 million over 24 days. “Transformers: Age of Extinction” also exceeded its domestic total of $245 million in 2014. Other films including the Sly Stallone and Arnold Schwarzenegger’s “Escape Plan” and Disney’s (DIS) “Need for Speed” outstripped their domestic grosses in China, but they weren’t hits in North America.

The domestic numbers for “Furious 7” could in theory catch up on the Chinese returns since it will play for weeks here, and will be out of China on May 12. That’s when “Avengers: The Age of Ultron” opens there, which means “Furious 7” has another week in China without the Disney-Marvel juggernaut, and the gap will likely widen.

In other words, when it comes to the shifting global box office, the future is now.

“We’re seeing what we’ve predicted for a couple of year happening right in front of us now, and we’ll keep seeing it because of the incredible growth of the market there,” BoxOffice.com senior analyst Phil Contrino said.

Universal’s President of International Distribution Duncan Clark, who oversaw the foreign rollout of “Furious 7, agreed. He said the numbers drove home just how fast the expansion was happening, and he didn’t think it would stop.

“The growth is stunning, even since ‘Fast and Furious 6’ in 2013,” Clark told TheWrap. “There are 26,000 screens there, with more than 15,000 built in the last six years. The Chinese market has really embraced the whole cinema-going culture, so the growth is not stopping here.”

But two other factors took it into the stratosphere, Clark said: visits by cast members Vin Diesel, Michelle Rodriguez, and Jason Statham in March and an unusual opening date.

The actors got a very warm reception and their visit prior to the opening was heavily covered by the local media.

“You could just feel the buzz, at every event we went to,” he said. “It was like they were rock stars.”

Anticipation built by the huge global opening of “Furious 7” the weekend before helped as well. Its April 12 opening date was unusual in that it was a Sunday. That meant Saturday night previews, which took in $6 million and provided a great launch pad for Sunday, when it set an opening day record for China with $68.6 million.

The success of “Furious 7” also provided a great debut for Universal’s Beijing office. The action epic was its first release since the studio’s China team, headed by Joe Yan, opened the doors to its new home last year.

“We were always quietly optimistic and confident,” Clark said, “but we never expected to get to this level.”