Meet the geniuses responsible for the Apple Watch 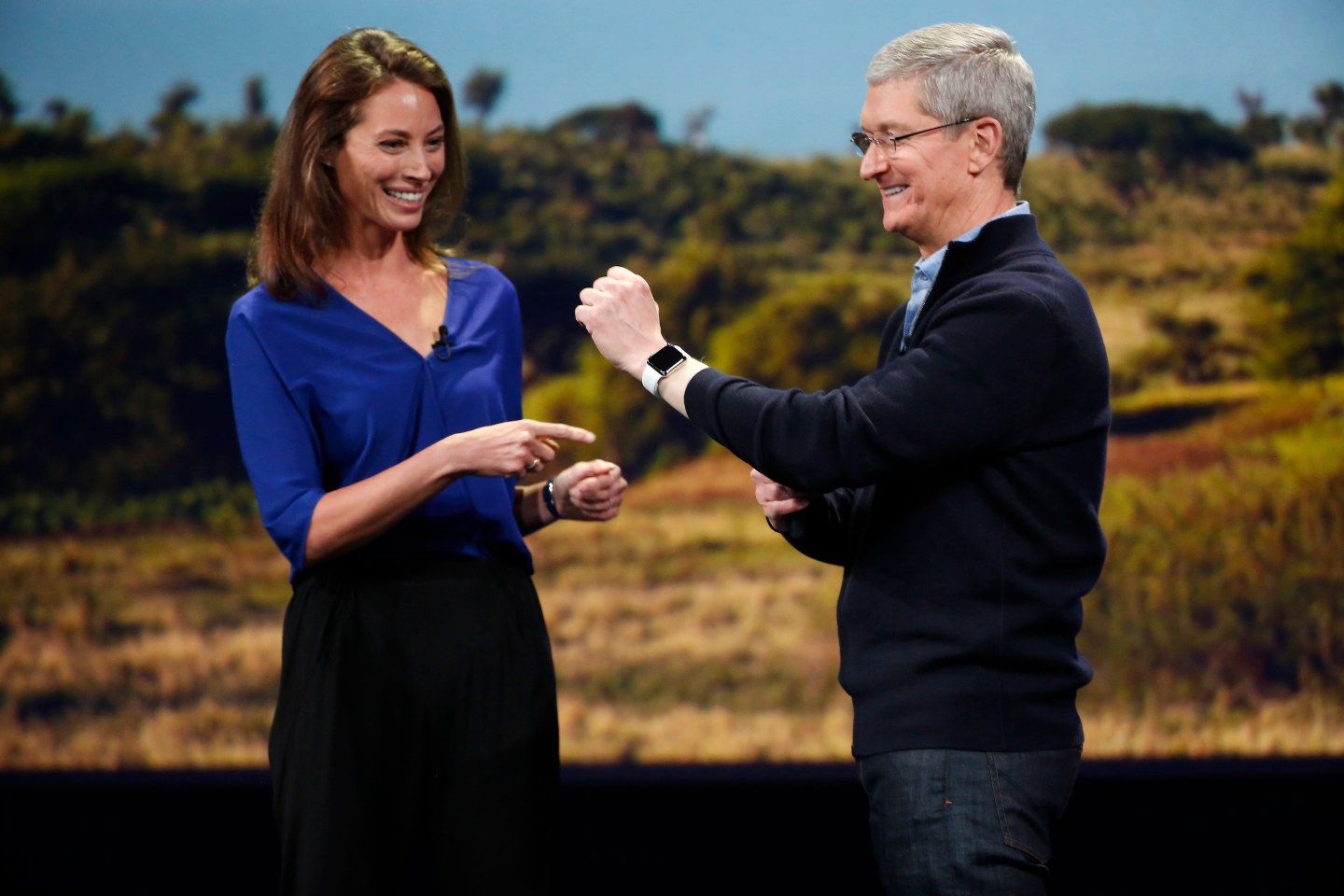 After months of waiting, orders for the Apple Watch have finally begun. While interest in the device is high among early adopters and Apple fans, it’s unclear how successful Apple’s first wearable device will be. In a March survey of analysts by Fortune, guesses ranged from 8 million to 41 million units sold in 2015. The company did not disclose sales in an earnings call this week. Still, CEO Tim Cook said he was pleased with the early results. Here are six key Apple executives responsible for everything from the product’s design to the sales plan supporting it.

The Watch is Apple's first wholly new product since Tim Cook took over as CEO in 2011. At a recent Apple event in Cupertino, Calif., Cook lauded the product as revolutionary. “Apple Watch begins a new chapter in the way we relate to technology and we think our customers are going to love it,” he said. “We can’t wait for people to start wearing Apple Watch to easily access information that matters, to interact with the world, and to live a better day by being more aware of their daily activity than ever before.

Angela Ahrendts, senior vice president of retail and online stores at Apple Inc., center, tours an Apple Inc. store during the sales launch for the iPhone 6 and iPhone 6 Plus in Palo Alto, California, U.S., on Friday, Sept. 19, 2014. Apple Inc.'s stores attracted long lines of shoppers for the debut of the latest iPhones, indicating healthy demand for the bigger-screen smartphones. The larger iPhone 6 Plus is already selling out at some stores across the U.S. Photographer: David Paul Morris/Bloomberg via Getty Images

Apple Senior Vice President of Retail and Online Sales Angela Ahrendts is responsible for the Apple Watch retail experience, which is vastly different from buying an iPhone or MacBook. Ahrendts moved the Apple Watch to an online-only ordering experience at launch to discourage the line-forming for which Apple releases are famous. “This is a significant change in mindset, and we need your help to make it happen,” read Ahrendts’ memo to Apple Store employees on the strategy switch. “Tell your customers we have more availability online, and show them how easy it is to order. You’ll make their day."

Apple Senior Vice President of Design Jonathan Ive was responsible for overseeing the design of the new device. Ive recently described the device as "the most personal product" Apple has ever created. "Even now, when the design of the Apple Watch is incredibly mature and has gone through thousands and thousands of hours of evaluation and testing, we’re still working and improving," Ive said.

Apple Human Interface Chief Alan Dye (far right) was tasked with designing the Apple Watch's many faces, from butterflies and jellyfish to Mickey Mouse. “We have a group of people who are really, really super-talented, but they really care," said Dye of Apple's design team in a recent interview. "They care about details that a designer might not show in his portfolio because it’s so arcane. And yet getting it right is so critical to the experience.”

Apple Senior Vice President of Worldwide Marketing Phil Schiller has been working hard on ads and commercials meant to convince a perhaps skeptical public they need an Apple Watch. At a recent Apple event, Schiller discussed a software package that will help third-party coders design apps for the new device: "Apple Watch is our most personal device ever, and WatchKit provides the incredible iOS developer community with the tools they need to create exciting new experiences right on your wrist."

Kevin Lynch, vice president of technology for Apple Inc., demonstrates the Apple Watch during the Apple Inc. Spring Forward event in San Francisco, California, U.S., on Monday, March 9, 2015. Apple's chief executive officer Tim Cook returns to the spotlight to answer questions on many of the Apple Watch's key selling points, including price range, battery life and when in April it will reach stores. Photographer: David Paul Morris/Bloomberg via Getty Images

Apple Vice President of Technology Kevin Lynch has been in charge of developing the Apple Watch software ever since joining the company from Adobe in 2013. Said Lynch of the quest to build the Apple Watch in a recent interview:  “We’re so connected, kind of ever-presently, with technology now. People are carrying their phones with them and looking at the screen so much . . . people want that level of engagement, but how do we provide it in a way that’s a little more human, a little more in the moment when you’re with somebody?”