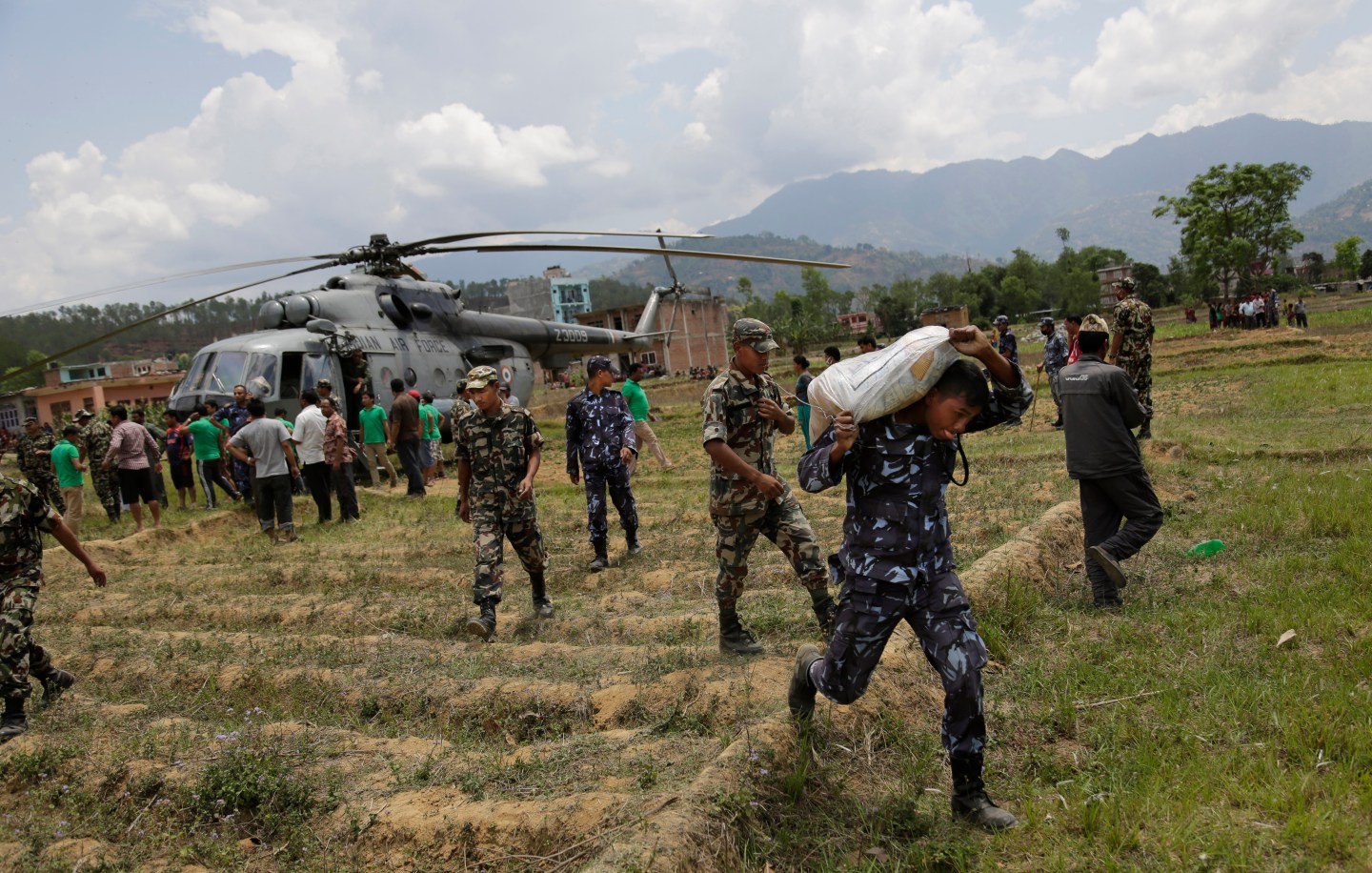 A massive earthquake struck Nepal, parts of India and Mount Everest over weekend, claiming at least 4,000 lives and injuring thousands more. As heartbreaking as the devastation is, it reminds us that social media has the potential to help in big ways.

On Saturday, Facebook (FB) activated a feature called Safety Check to help people track their friends and family in the region. The feature, which was announced last October, works like this: Based on the location of a Facebook user, it tags that user as being in the region affected by the earthquake and informs the user’s friends. When that user checks his Facebook, he can mark himself as ‘safe,’ which is also communicated to his friends. Google (GOOG)has a similar tool, too. Having lived in Kathmandu for a time, it was comforting for me to know which of my friends in the area were safe — more or less in real time.

Nepal’s recovery efforts have only begun. And while officials are struggling with numerous challenges, it’s worth noting that the simplicity of Facebook’s feature suggests a much wider arena of development for social media that can be valuable for both users and emergency responders.

Nepalese villagers charge their cell phones in an open area in Kathmandu, Nepal, on April 27, 2015.Photograph by Bernat Armangue — AP

Take the example of a fire in an apartment building. A local fire department could set up a special page that users can connect to. By comparing your home address on Facebook with a tip about a fire in its response area, the fire department could send you a personalized alert the moment someone calls 911 or a smoke detector goes off. If you happen to be in your apartment and are unaware of a fire in your building, a Facebook alert might well save your life. If you’re out, you could be warned to stay away. Modern buildings usually have a loud fire alarm to alert tenants, but a Facebook alert could still be a valuable backup if perhaps your kids are listening to music on their headphones and fails to hear the alarm.

What’s more, a feature like Safety Check has the potential to let the fire department know if you’re safe and whether there’s anyone still left in your apartment. That would enable firefighters to do potentially life-saving triage. When firefighters go into a burning building, their priority is to rescue people who may be trapped inside. If they know which apartments are empty (because the tenants checked in through Facebook and informed the fire department that they were out of harm’s way), they could focus their efforts on other parts of the building – which are more likely to contain people who are running out of time – first.

While currently people receive emergency alerts from government agencies during bad weather or a forest fire, for instance, these usually cover broad areas like a county or at most a city; and that’s the point. The value of such an application lies in the localization that social media can provide. Emergency response is enhanced tremendously by information, especially about people’s whereabouts, and social media is uniquely equipped to provide that to first responders.

It’s true that in order for such targeted features to work, users have to feel comfortable sharing personal information with Facebook, but the reality is they already do that. Users routinely share highly personal updates on social networking sites including their exact location at a particular point in time, and ultimately it would be their choice to participate or not. There are also potential security issues, such as the need for authorities to restrict information from being publicized during a terror attack or a hostage situation, or the desire of victims’ families for privacy, but these could be mitigated via technological safeguards or negotiations between Facebook and law enforcement in the best interests of the public.

Nevertheless, beyond logistical nuances, what the application of Facebook’s new feature during the Nepal earthquake indicates clearly is that social media can be used effectively to aid emergency management, whether it’s for users’ peace of mind or to enhance the ability of authorities to provide rescue and relief to victims of a disaster.

Even though the primary goal here should obviously be the good of society, the opening up of a new arena of growth is positive from a business perspective as well. Emergency management could give social media a raison d’etre and a compelling value proposition for the public beyond the more frivolous aspects of the medium (such as sharing information about the bagel you just ate or random inspirational quotes).

The power of Facebook for social good was illustrated during the Arab Spring (where it facilitated democratic protests), the earthquake in Haiti (where it facilitated fundraising for relief efforts), and in Amber Alerts for missing children, but active emergency management is yet another level that could turn Facebook from a ‘good to have’ tool to a ‘must have’ tool. In addition, if social media becomes a vehicle for personal safety, it would entice users to check their updates more frequently, which could help its business model.

Sanjay Sanghoee is a business commentator. He has worked at investment banks Lazard Freres and Dresdner Kleinwort Wasserstein, as well as at hedge fund Ramius Capital. Sanjay does not own shares of Facebook.