Why this year’s IPOs have been awful 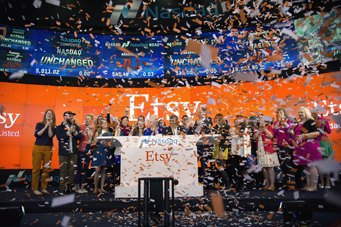 In early March executives of MaxPoint Inter­active grinned triumphantly as they rang the bell of the New York Stock Exchange. It was the morning of their initial public offering. Shares of the digital marketing firm, one of the few tech companies to go public in 2015, promptly plunged.

IPOs have often been a mixed bag. And there have always been some duds. But historically the companies that go public have been up-and-comers. This year’s crop seems like a mixture of has-beens, misfits, and never-weres. GoDaddy, the biggest tech company to IPO in 2015 so far, is years past its buzzy Super Bowl ad prime and still doesn’t make money. Several recent biotech debuts are years away from a breakthrough drug. And execs at crafting website Etsy say the company is not about profits.

Of the 37 companies that went public in the first quarter of the year, just 10 were profitable. That’s down from 43% in 2013. Back then, the average company that went public had sales growth of 50% over the prior year. These days it’s about half that.

“There had been generally smaller and riskier IPOs earlier in the year,” says Frank Maturo, a vice chairman at UBS (UBS), though he added that April saw an uptick in quality deals. “Some tech companies are deciding they’d rather stay private longer.”

Facebook can take some of the credit. The social media giant’s 2012 dud of a launch has become a cautionary tale. Then, in 2013, the Jobs Act made it easier to raise money as a private company. Tech startups raised $9 billion privately in the first quarter, or 13 times the $710 million raised through public offerings, according to Triton Research. The companies that aren’t hurting for investors, like Uber and Airbnb, have so far opted out of the public markets and the headaches that come with them. Influential venture capitalist Marc Andreessen says that’s a sound strategy.

“If you go public in this environment, with no protection, God help you,” he told attendees at a Fortune Brainstorm Tech dinner in April.

Twenty years ago this summer, Netscape, where Andreessen worked, went public, igniting the era of the IPO. A public offering meant you had arrived. Now it feels like desperation. In mid-April, Shopify, a Canadian marketer of software for retail websites, announced it was going public. The company has lost nearly $35 million since it was founded, and it says profits aren’t likely to come anytime soon. Welcome to the IPO market, Shopify. You’ll fit right in.