Wal-Mart workers: Store closings due to plumbing are ‘retaliatory’ 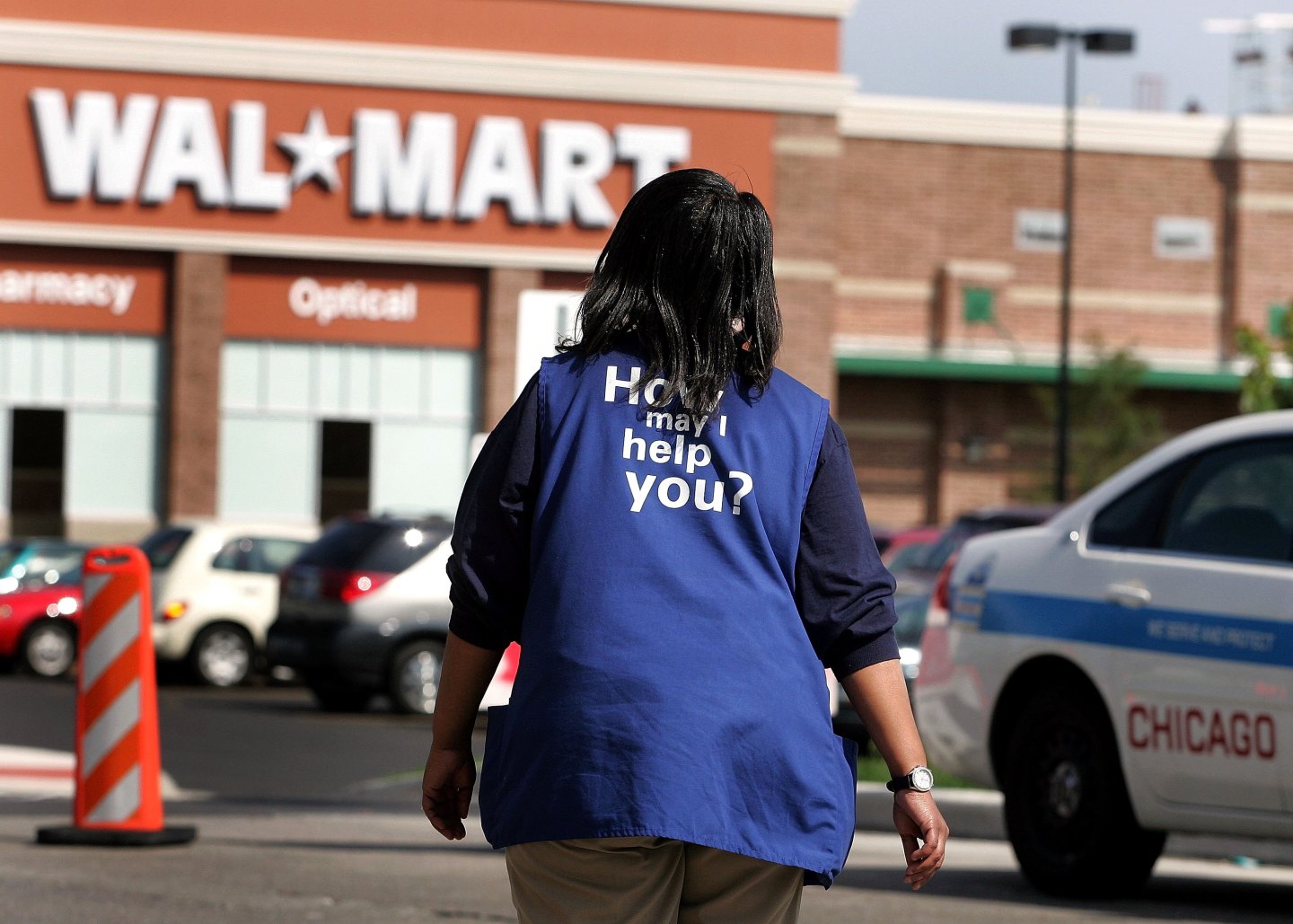 Wal-Mart workers are fighting back against the retailer’s decision last week to close five stores in four states for what the company says are plumbing repairs.

Workers at the company’s Pico Rivera, Calif. store who are associated with OUR Walmart, a group that advocates for better pay, say the closings are “retaliatory” in nature. They filed a charge with the National Labor Relations Board on Monday, claiming that the termination of more than 500 employees at the Pico Rivera Walmart constituted an unfair labor practice.

Last week, the retail giant, which employs 1.3 million workers in the United States, temporarily closed five stores—two in Texas and one each in California, Florida, and Oklahoma—for six months of plumbing repairs. The stores closed at 7 p.m. on April 13, which gave workers just a few hours notice that they were losing their jobs. The company provided two months of paid leave for both full-time and part-time workers. Employees could try to transfer to a different Walmart location during that time. Full-time workers who fail to find another Walmart job are eligible for severance starting June 19, but part-time workers aren’t entitled to that benefit.

A Wal-Mart spokesman told Fortune on Friday that “deciding to close a store is not a decision we make lightly, but after careful consideration, we felt it was necessary to make these repairs so we can better serve our customers and the community in the long run.” He said Wal-Mart regularly assesses the condition of its stores and that, due to ongoing plumbing issues that will require “extensive repairs,” the company would need to temporarily close the five stores. Wal-Mart says it intends to reopen them when the plumbing issues are resolved.

The United Food and Commercial Workers International Union, which backs OUR Walmart, is listed as the filing party on the NLRB complaint, which claims that Wal-Mart targeted the Pico Rivera store because it has been “the center of concerted action by [workers] to improve wages and working conditions for all Walmart [workers] around the country.” The Pico Rivera store was the site of OUR Walmart’s first strike in 2012; workers at that location have participated in strikes and civil disobedience ever since.

Wal-Mart’s rationale for closing the Pico Rivera store—that it must undergo extensive plumbing repairs—is a farce, the complaint says. “City officials in Pico Rivera say that nothing has been brought to their attention and no permits at all have been sought for any work,” according to the complaint. Wal-Mart temporarily shuttered the other four stores due to plumbing as a way to “mask” the retaliatory nature of the Pico Rivera closing, the complaint says. The filing asks the NLRB for injunctive relief and to compel Wal-Mart to rehire the 2,200 workers who have been terminated at all five stores.

Wal-Mart contends that there is no basis for an injunction. “Each of these five locations had more than 100 plumbing problems reported over the last two years, the most out of our more than 5,000 stores in the U.S.,” the company said in a statement.

The news is likely an unwelcome distraction for Wal-Mart, which has been focused on improving its customer service—an effort that requires worker support. Doug McMillon, who became CEO in 2014, has pledged to reverse the retailer’s diminished “in-store executive.” The minimum wage bump that Wal-Mart gave to 500,000 workers in February was, in part, aimed at aiding customer service. And on Friday, Wal-Mart said it would eliminate a layer of management inside its U.S. stores in a bid to reduce bureaucracy, boost customer service, and give front-line workers more say in how their store sections operate. (The move will not result in staff reductions.)