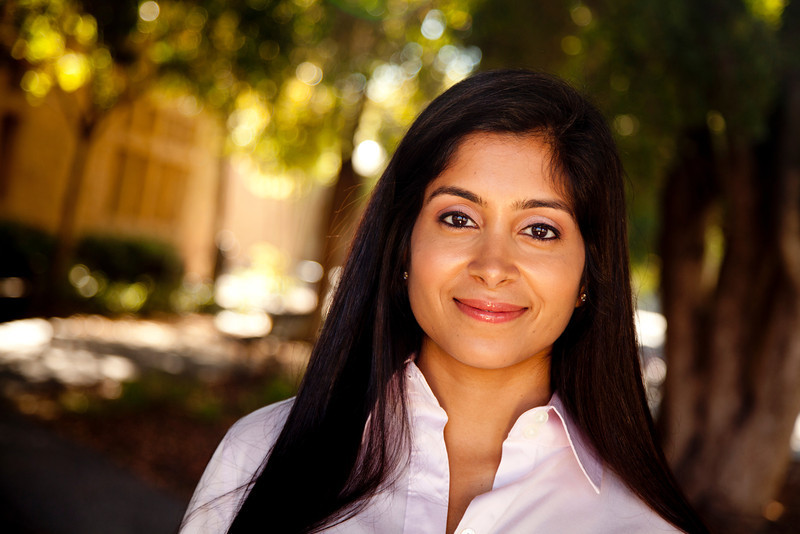 For many, college can be a time of intellectual awakening, an opportunity to explore new academic and professional pursuits and even collaborate with experts in the field. It’s also a time to find like-minded souls, friends for life who help you learn and grow, initially during college and sometimes well beyond.

But this was not my experience. For me, college boiled down to one thing: intense isolation.

I grew up in rural India and attended an all-girls high school. When I started college at IIT Kanpur, I had no idea how to speak to boys. This provided a challenge, since I was one of only three women in my undergraduate computer science program. Computer science is a challenging field, and students tend to learn best through active collaboration with peers and ready access to instructors. Again, this was not my experience. I spent most of my evenings alone in the computer lab, struggling in isolation to complete my coursework and watching with envy as my male classmates collaborated amongst themselves to collectively master the complicated course material.

I eventually graduated, earned master’s degrees from the University of Maryland and Stanford, and landed jobs as a software developer at Oracle (ORCL) and Facebook (FB). I had assumed that American-educated women in computer science would not relate to my lonely undergraduate experience. To my absolute shock, I heard time and again from my colleagues who had attended all of the top computer science programs that my experience was not at all unique. Sure, other women knew how to speak to their male classmates, but being a woman in an all-male or mostly-male environment, as most computer science programs are, was, for my colleagues as well as for myself, an extremely frustrating and isolating experience.

Despite resources devoted to encouraging women to enter computer-related fields, college-level computer science education continues to be an isolating, and at times, demoralizing experience for many of our country’s top female students. My company, Piazza, an online question and answer platform aimed at facilitating social learning and collaboration, recently completed an analysis on more than 1 million class enrollments in the US and Canada over a two-year period. We found some pretty unsettling results: though female computer science students asked 26% more questions than male computer science students, they answered, on average, 37% fewer questions. Even more unsettling: the gap gets worse as students progress to their junior and seniors years of college, as well as at graduate-level classes. Furthermore, a feature on Piazza that allows students to ask and answer questions anonymously, while popular among all students, is significantly more popular with female students.

We think this data can be interpreted as a sign that many female computer science students feel uncomfortable speaking up.

We looked at the same data broken down by specific schools, and we found the problem to be just as pervasive at Ivy League universities and tech powerhouse schools as anywhere else, and in some cases even worse. Female computer science majors at Harvard answered 39% fewer questions than their male colleagues, which is roughly at par with the US and Canadian averages. At Stanford, the gap is even wider: women answer just shy of half the number of questions their male classmates answer. At some other top institutions, the gap is wider yet.

This leads us to wonder what explains the confidence gap among America’s brightest and most talented young women?

Journalists Katty Kay and Claire Shipman researched this phenomenon at length both in a piece for The Atlantic and in their book, The Confidence Code: The Science and Art of Self-Assurance — What Women Should Know. They cite study after study demonstrating that women tend to underestimate both their abilities and their performance. Men tend to overestimate both. Despite the differences in self-perception, performance levels are equivalent.

Most of the top-paying jobs for college graduates today involve computer science and engineering degrees, yet only 18% of computer science graduates are women. Computer science classes are grueling and tough, made all the more so when you feel uncomfortable speaking in class or approaching students or instructors for help.

For starters, how many are raising awareness among educators about unconscious bias, which Yale researchers found to be prevalent when scientists were asked to review job applications for identically qualified male and female students. Indeed, several studies have shown that when women do speak, they’re more likely to be interrupted, they’re likely to speak for shorter periods of time than their male classmates, and it’s less likely that instructors will listen to what they have to say.

In an effort to create a more meritocratic and diverse workplace, Google (GOOG) recently implemented a company-wide program to address unconscious bias. Harvard Business School instituted major, and at times painful, institutional changes school-wide in order to increase greater gender equity at the school and attack unconscious as well as very conscious bias against women.

A number of top academic institutions are also working hard to address gender issues in computer science and STEM programs. Harvey Mudd has been a leader in this area. This small science and engineering school, led by the visionary Maria Klawe, has engaged in a number of initiatives to make computer science more appealing to women — and to more people in general. For example, the introduction to computer science class is segregated by previous coding experience, so you don’t have students new to coding taking a class alongside a (male) gamer who has been coding since childhood.

They have also updated the curriculum to make it both fun and relevant. According to our data, their efforts are paying dividends. In our study, while men at Harvey Mudd still answered more questions than women, the difference was much smaller there than elsewhere, and there was almost no difference between the rate of anonymity in answers given between men and women. Incidentally, men studying computer science at Harvey Mudd are more confident on average than men at other schools, too.

More promising news focuses on research involving the use of “active learning” techniques to engage students in their coursework. Active learning replaces a traditional lecture format with collaborative projects and activities inside the classroom, with the expectation that students are expected to actively participate in learning the material, instead of simply sitting in their chairs and taking notes.

Researchers Sarah Eddy and Kelly Hogan found that course structures using active learning dramatically decreased the performance gap between black and white students and eliminated the achievement gap between first generation and other students taking biology classes at the University of North Carolina at Chapel Hill. One can only assume that active learning techniques would benefit other under-served groups, such as female students, as well. Simple tactics like choosing study groups for students (to ensure that no one gets left out) and implementing online discussion resources can facilitate collaboration among students, increasing learning and decreasing feelings of isolation.

Educators and administrators must work to identify and attack the unconscious bias that is impeding the success and eroding the confidence of our nation’s most promising female students. All of us — as educators, professionals, students, parents, siblings and peers — should actively encourage young women to speak up and then do our part to make sure that they’re heard.

Pooja Sankar is founder and CEO of Piazza, a social learning and recruiting platform that connects college students with classmates and instructors in real-time.