Halliburton swings to 1Q loss on “unprecedented” drop in drilling 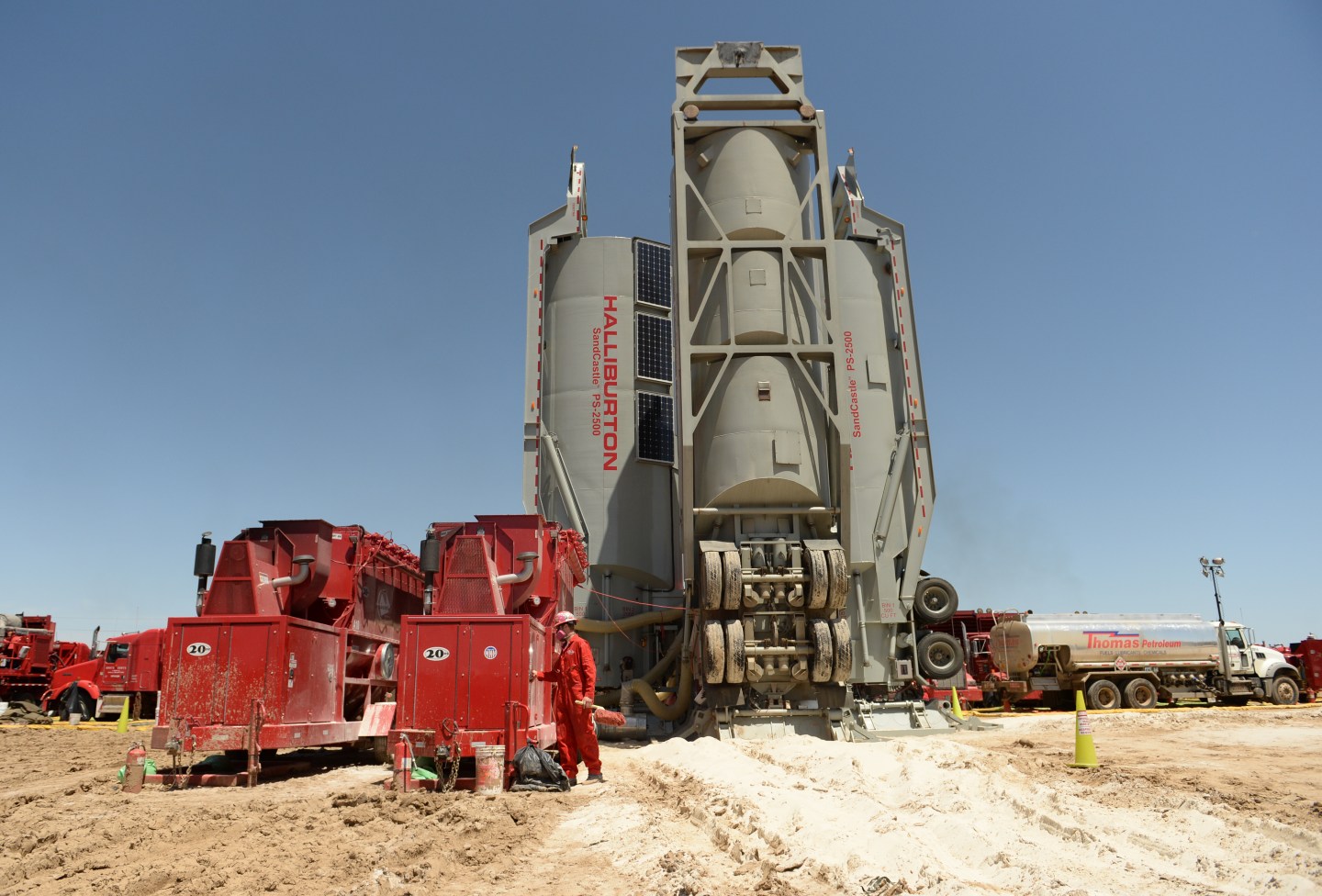 Halliburton Inc. (HAL) swung to a steep loss in the first quarter of the year as the U.S. oil industry cut back drilling in response to lower prices.

The oilfield services company said that “North America experienced an unprecedented decline in drilling activity during the first quarter, which drove pricing pressure and margin compression across all product lines.”

It added that it expects the industry to stay “challenged:” in the coming quarters, and that the length and depth of the current downturn in the industry couldn’t be guessed.

Halliburton said the picture was brighter outside the U.S., where the rig count is only down 9% from its peak last July. In part, that’s due to rising activity in low-cost producers such as Saudi Arabia and Iraq, where it has a strong presence.

Overall, the company said group revenue fell 4% on the year to $7.1 billion, giving it a loss from continuing operations of $639 million, or 75c a share.

To make matters worse, Halliburton also booked assorted charges of over $1 billion, including a writedown of $199 million on its assets in Venezuela, to reflect the collapse in the country’s currency.

Halliburton is merging with rival Baker Hughes Inc. (BHI) in an attempt to cope with the pressure from a weaker drilling environment. Baker Hughes’ figures show that the number of drilling rigs in the U.S. last week was barely half of what was operating a year earlier. It’s due to report its first-quarter earnings Tuesday.

“We expect to continue to see pricing pressure for our services until the rig count stabilizes,” chief executive Dave Lesar said in a statement. Even overseas, Lesar noted that lower prices have led its customers to scrap or defer new projects.

Halliburton wasn’t the only oil services company with downbeat news Monday. Petrofac plc (POFCF), one of the U.K.’s largest companies in the sector, saw its shares fall 12.6% after announcing that losses on a major contract for France’s Total SA (TTFNF) were much larger than expected.

This was never going to be an easy quarter for the industry, but a number of signs have hinted at some light at the end of the tunnel in recent weeks. The sharp rise in U.S. petroleum stockpiles has slowed, and the latest data from the Energy Information Administration show that production will fall in two of the largest three U.S. shale regions next month, raising hopes that an oversupplied oil market is starting to balance itself.

Crude prices are up over 25% from their low point in March and the benchmark futures contract was quoted at $56.90 a barrel early Monday.

However, there are still huge uncertainties over the outlook. Many U.S. producers are claiming big cost savings through efficiency measures (not least by squeezing the likes of Halliburton), while many think Iran could sharply raise output within weeks if the deal with its international partners over its nuclear program holds definitively.