Quirky and Mattel join forces to crowdsource the next hit toy 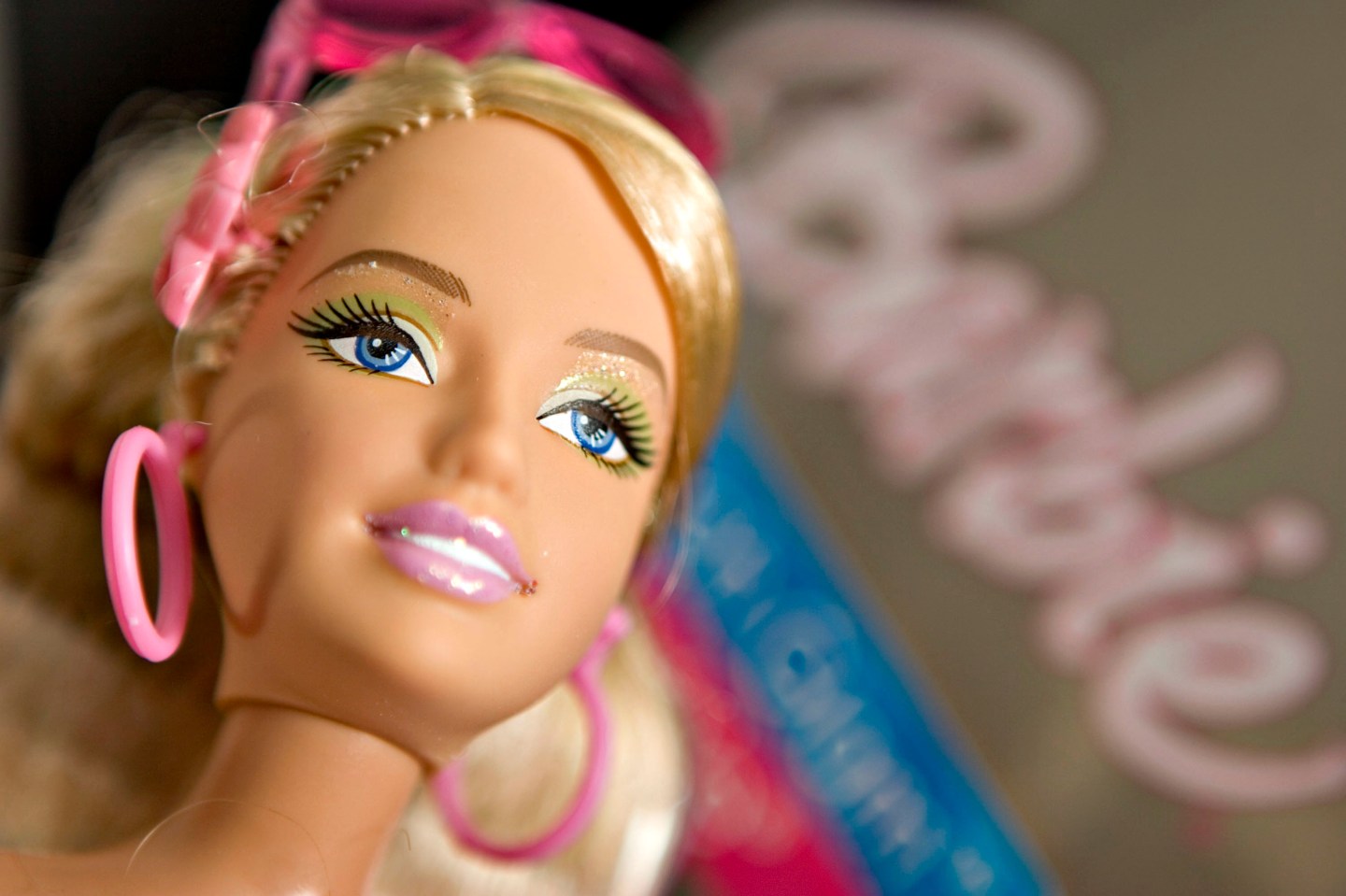 UNITED STATES - AUGUST 14: A Barbie doll is arranged for a photo in Cambridge, Massachusetts, Tuesday, Aug. 14, 2007. Mattel Inc. is recalling 18.6 million Chinese-made products around the world, its second recall in two weeks, mostly because they contain magnets that may fall out and be swallowed by children. The recall includes 18.2 million Barbie, Polly Pocket and Batman toys with magnets, the world's biggest toymaker said today in a statement. (Photo by Jb Reed/Bloomberg via Getty Images)
Photograph by Jb Reed — Bloomberg/Getty Images

Today, toy makers are competing against smartphones and tablets for kids’ attention. So Barbie’s parent company is getting creative.

On Thursday, Barbie’s maker, Mattel, and Quirky, a company turning people’s ideas into real products and gadgets, unveiled a partnership to jointly produce toys based on ideas from Quirky’s crowd-sourced community of amateur inventors.

“We’ve been getting toy ideas since we launched the site in 2009,” Quirky founder and CEO Ben Kaufman told Fortune.

The New York City-based company has tried to harness the increasingly popular “maker” movement by asking the public to submit ideas that the company could then turn into real mass-produced products. If a proposal is selected, Quirky takes care of the entire process including design, manufacturing, and distribution. The idea’s originator, whether a stay-at-home mom or amateur gadget maker, shares in the royalties.

However, after largely running its whole operation independently after its founding six years ago, Quirky has started to branch out, first with its partnership with General Electric in 2012 to focus on home electronics. It also recently added audio company Harman as a partner followed by Mattel.

“This is basically us realizing that doing inventions for large corporations is going to be a very big and lucrative business for us,” Kaufman said.

Quirky’s process remains largely the same even with the new partners involved. People can continue to submit their ideas through Quirky’s traditional process. If Quirky’s internal committee selects an idea to pursue that falls into a partner’s wheelhouse, then that partner can decide if it wants Quirky to bring it to market or whether it prefers to do so on its own. But in either case, the product is co-branded, and 3.5% of the royalties go to whoever came up with the idea, Kaufman said.

The company’s new business strategy first became clear when it announced earlier this week it had acquired Undercurrent, a design and consulting firm, to help it broker and navigate these partnerships. “Our goal is to make sure that every single category has a partner,” Kaufman said, though he said his company would continue to make electronics and home products on its own.

As for Mattel, it’s uncertain what exactly it gains by pairing up with Quirky. On one hand, Mattel (MAT) posted mixed first quarter results under new CEO Christopher Sinclair Thursday. It beat analysts’ low expectations for the quarter while some of its toy brands showed improvements in sales. But others like Barbie didn’t fare as well, and the company’s overall revenue dropped by 2.5%. While the Quirky partnership could help give Mattel a fresh take on toys and possibly yield a hit or two, these partnerships often account for only a small part of the large companies’ overall businesses.

On the other hand, Quirky’s partnership with General Electric (GE) did produce an egg holder for refrigerators, a milk container, a smartphone-operated air conditioning unit, and Wink, a brand of Internet-connected home appliances successful enough that it was spun out as a standalone company.

For more about Mattel’s Barbie, watch this Fortune video: