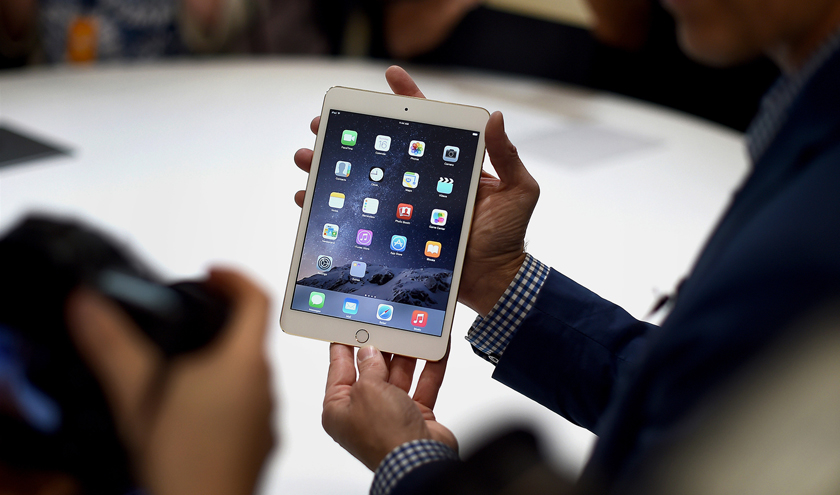 A member of the media displays an Apple Inc. iPad Mini 3 for a photograph after a product announcement in Cupertino, California, U.S., on Thursday, Oct. 16, 2014. Apple Inc. unveiled a new iPad, in the second wave of Tim Cook's biggest product push as chief executive officer and just ahead of the holiday shopping season. Photographer: Noah Berger/Bloomberg via Getty Images
Photograph by Noah Berger — Bloomberg via Getty Images

Apple, along with media company Pearson, may be facing a new legal challenge from a surprising source: The Los Angeles Unified School District.

The dispute stems from a $1.3 billion program the school district launched in 2013 to supply every student and faculty member an Apple iPad loaded with Pearson educational software. The program almost instantly flopped, with teachers reporting software bugs, a lack of content and difficulties using the technology with students learning English as a foreign language.

The Los Angeles Times now reports the school district is refusing to pay for any more of Pearson’s content, which Pearson developed as a subcontractor for Apple:

In a letter sent Monday to Apple, Holmquist wrote that it “will not accept or compensate Apple for new deliveries of [Pearson] curriculum.” Nor does the district want to pay for further services related to the Pearson product.

Apple did not respond to a request for comment. Pearson defended its product.

The L.A. Board of Education is going so far as to consider potential legal action against the two companies, per the Times:

To press its case, the Board of Education on Tuesday authorized its attorneys in a closed-door meeting to explore possible litigation against Apple and Pearson, the company that developed the curriculum as a subcontractor to Apple.

The L.A. iPad deal is controversial for other reasons, too: The Federal Bureau of Investigation is currently examining whether Apple and Pearson got favorable treatment when awarded the contract.