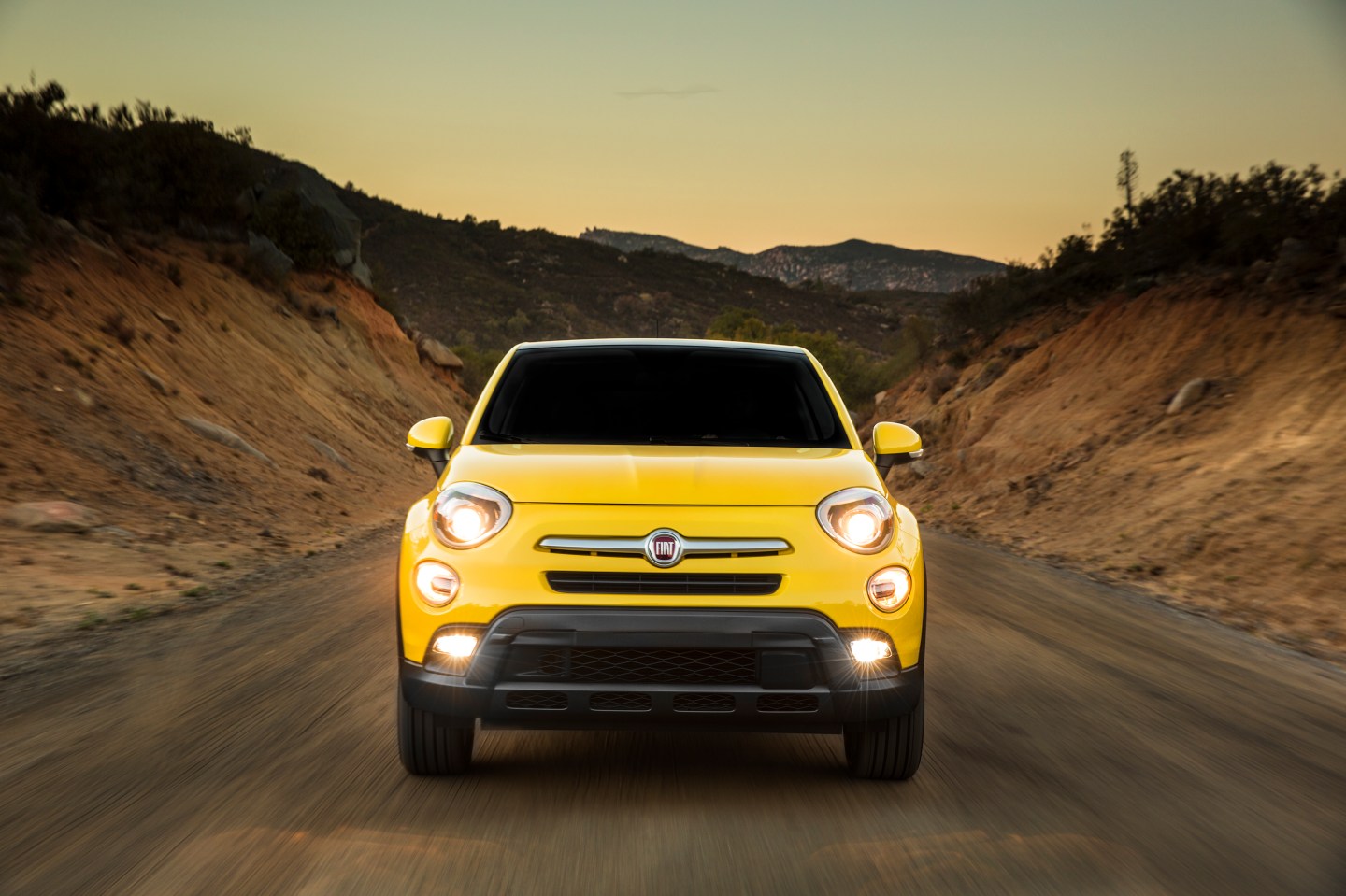 With small crossovers one of the fastest-growing and most popular vehicle segments, Fiat Chrysler Automobiles N.V.’s timing for bringing the new Fiat 500X to the U.S. couldn’t have been better.

FCA is betting that car buyers a bit weary of the Nissan (NSANY) Juke and not so inclined toward Honda’s (HNDAF) new HRV might be lured by Italian flavor and design. The 500X is scheduled to arrive at Fiat dealers in a month – it’s a sibling, of sorts, to the Jeep Renegade, proportionally similar and built on the same assembly line in Melfi, Italy.

The 500X’s reception will decide much about the future of the Fiat brand in the U.S. as well as globally, since it’s being sold in a hundred countries. The Fiat enterprise was in deep trouble during the global financial crisis, when its chief executive, Sergio Marchionne, proposed to merge it with the bankrupt Chrysler Corp. Prospects for the combined entity were dim.

FCA has outperformed the expectations of many, though it still hasn’t proven – by Marchionne’s own standards – that it has the staying power or financial strength to remain viable. Marchionne has decried the huge investments by global competitors in new plants, insisting that too much capital is chasing too few customers. A report this week from Reuters, quoting unidentified sources, says he is seeking to merge with another automaker, possibly General Motors (GM), before retiring in early 2019.

For now, FCA is trying to attract as many new buyers as possible to the Fiat family with models like Jeep Renegade and the 500X. The Fiat 500, imported to the U.S. starting in 2011, has had a limited audience among U.S. shoppers, since it’s much smaller – and smaller-looking – than even most small cars.

In a humorous dig at itself, FCA’s sixty-second Super Bowl commercial depicted “a little blue pill” – Viagra, in other words – falling accidentally into a 500, causing it to swell into the larger, more powerful 500X.

500X doesn’t exactly qualify as a love potion, but FCA has created a vehicle that is compact, stylish and looks like it belongs on American roads. Yet consumers will ultimately control the 500X’s success—success that FCA very much needs here.
[fortune-brightcove videoid=4145078346001]