This college is for tech geeks — and 97% get hired 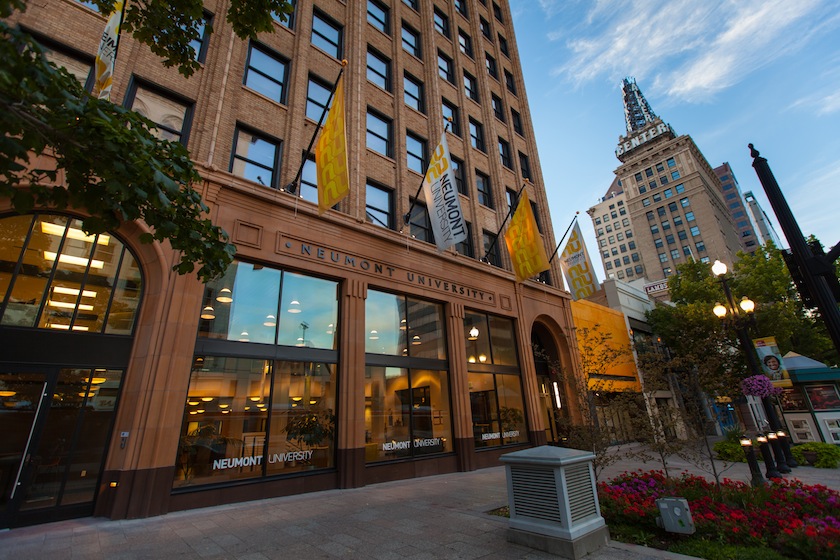 “I had a blast in high school, but I didn’t think it was preparing me for real life,” says Korvyn Dornseif. The son of German immigrants who instilled in him the idea of a no-nonsense, practical education, Dornseif looked at a few conventional four-year colleges before settling on Neumont University in Salt Lake City, where he graduated with a bachelor’s degree in two years and his master’s in three.

“What appealed to me was that Neumont bases its curriculum on feedback from employers, and they start to talk about your career as soon as you get there,” says Dornseif, 29, who is now a vice president of project management at a division of global human resources consultant Towers Watson. “And the course work requires you to work on a team in a real company, so you graduate with experience.”

At a time when the return on investment in a traditional four-year college degree looks riskier than ever, Neumont University, founded in 2003, is an intriguing alternative for people whose sights are set on an IT career. In some respects, the school resembles any other college. It’s fully accredited, and students must take 54 hours of English, history, and other liberal-arts subjects to graduate.

But that’s where the similarities end. For one thing, Neumont offers only five majors: computer science, game development, information systems, tech management, and web development. And it’s on a condensed, accelerated schedule. Instead of tackling two semesters per year over the course of four years, Neumont students attend classes for 12 consecutive quarters — with two-week breaks between sessions, but no summers off — for three years.

Even more unusual is the content of the courses themselves. First, everyone takes three mandatory courses on developing career skills, including job hunting. Then, each student is assigned to a team of three to five members that does “real projects for real companies,” says Neumont president Edward H. “Ned” Levine, who says companies compete to sponsor the classes. Students must “deliver a real product, communicate with real peers at an actual employer, and get reviewed just as if they were regular employees.”

By the time they graduate, many of them are, Levine adds. “Our students are usually hired even before they graduate,” he says. “Work experience is built into the program, not an extra that’s tacked on.”

The school claims that 97% of its grads are working within six months at places like Google, eBay, Microsoft, IBM, and Yahoo, with average starting salaries of $63,000. Considering that Neumont’s tuition is $7,500 per 12-week session, or $90,000 total, that’s not too shabby of a return on investment.

One thing Neumont doesn’t have? Women. The school currently has about 400 students in attendance every year and, so far, has graduated more than 650 students —90% of them male. “We would love to see many more female applicants,” Levine says. “There’s absolutely no reason why it shouldn’t be a 50-50 ratio.” He adds that the school is actively recruiting more women.

But, between the current scarcity and Neumont’s intensive year-round schedule, notes Dornseif, “If your interest in college is partly to have a social life, Neumont isn’t the place to go.”