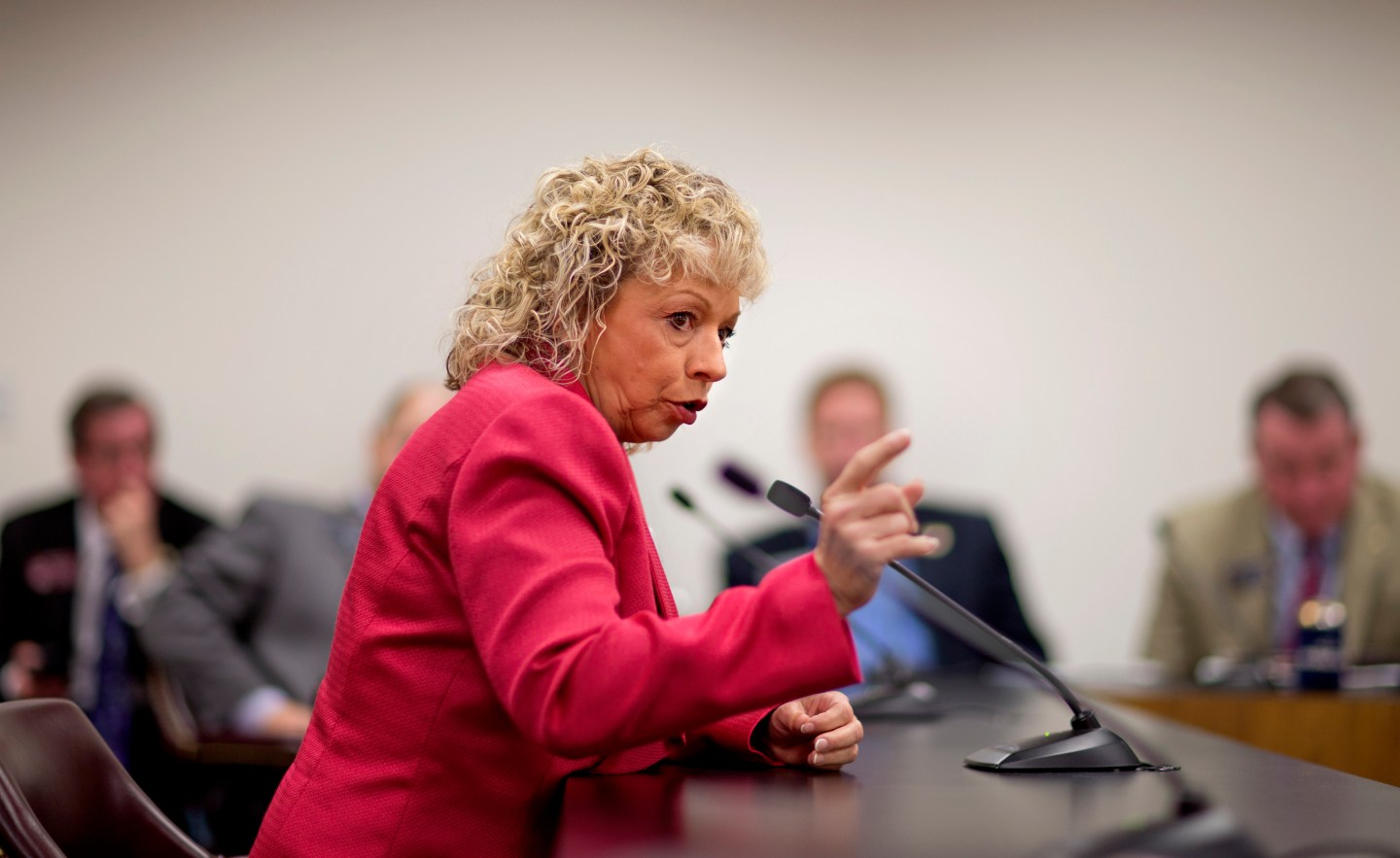 FILE - In this March 19, 2013 file photo, Debbie Dooley, of Woodstock Ga., speaks at a hearing before a Senate Rules Committee in Atlanta. Dooley and members of the Atlanta Tea Party say they will intensify efforts to challenge Southern Co. subsidiary Georgia Power over its reluctance to increase solar energy use and the ballooning costs of building a nuclear power plant southeast of Augusta. (AP Photo/David Goldman, File)
Photograph by David Goldman — AP

I have been covering the environment for more than a decade, and I’ve rarely encountered such strange bedfellows as I did this week at “The Future of Energy Summit 2015,” a conference run by Bloomberg New Energy Finance that’s taking place in New York City this week.

The keynoter was Al Gore—no surprise there—and the former U.S. Vice President gave his usual optimistic, wonky, and rousing speech on how technology will save us if only we find the political will to combat climate change. He says the signs are positive. Canada, China, and California are implementing carbon cap-and-trade systems. Leaders in the developing world are getting savvy about solar. Gore cited how in Kenya it costs only $200 to hook up a home to solar power compared to $4,000 for the traditional power grid.

Yes, Al, but what about all those pesky American conservatives trying to block anything that has to do with combating climate change? The ones who charge that the Obama administration is waging a war on coal? Well, the answer appeared on stage directly following Gore. The speaker was Debbie Dooley, one of the 22 organizers of the first nationwide Tea Party protest in 2009 and the co-founder of the group’s Atlanta branch. I had heard rumblings that some Tea Party members were getting behind solar, but I was shocked at the extent of Dooley’s passion and fight.

“I’m trying to put conservation back in the Republican Party,” the feisty grassroots leader told the audience. “I believe in free-market energy. I don’t believe government should be picking winners and losers in the market place.” Dooley’s belief in the free market has led her to the startling political conclusion that the Tea Party, arguably the most conservative branch of the Republican party, should love solar power—once the purview of tree huggers and radical enviros. “I want consumer choice,” she said, “and clean air and clean water and solar is the best way to create a competitive choice.”

All talk? Hardly. Dooley waged a recent campaign to persuade Georgia’s public utility commission to make Georgia Power add more solar to its portfolio. (Many traditional utilities in the south and Midwest who have billions invested in coal plants are fighting renewables.) Georgia Power fought her vigorously, she recalled, but today the power producer has installed a solar farm that generates electricity at 6.5 cents a kilowatt-hour without subsidies, which is below the national average.

Dooley was careful never to use the term climate change. But she did take shots at the conservative Koch brothers, whom she says are using their wealth from fossil fuels to support government-granted utility monopolies. And she said that promoting decentralized solar energy is also a national security issue (a favorite topic of Tea Party types). “Our centralized power grid is open to terrorist attacks,” she told the crowd.