These celebrities shelter their wealth in tax havens 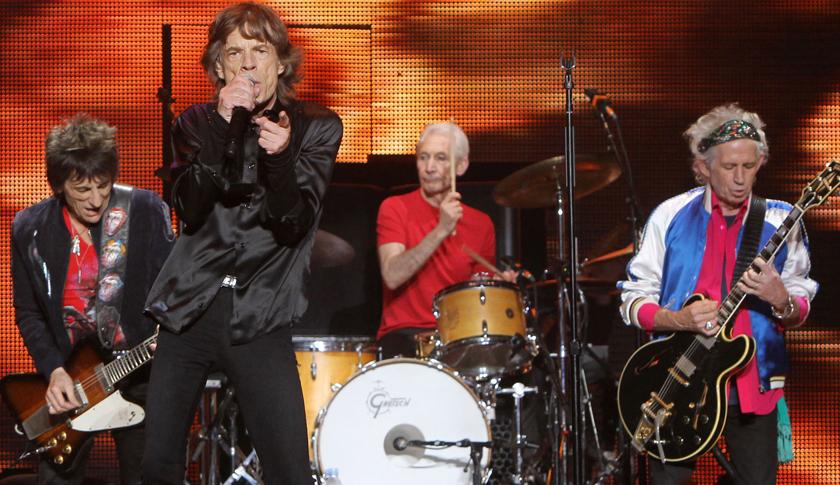 Wednesday is April 15. On this special day, we perform our patriotic duty and give the IRS whatever earnings they have coming to them that they didn’t already take directly out of our paychecks. Chances are, you’d rather be doing almost anything other than parting with more money.

Well, you’re not alone. People have been trying to squirrel away earnings for as long as there has been anything to render unto Caesar. This can mean creative accounting, questionable deductions or putting money into an offshore account.

Celebrities share this same reluctance to pay taxes as the rest of us, and while the stories of celebrity tax evasion are well known, less is known about the offshore shelters that the more discreet ones use. Here’s a look at a few celebrities who are among them.

Mick Jagger, center, lead singer of The Rolling Stones pop music group, with a straw hat, as he and guitarist Mick Taylor and drummer Charlie Watts, right in bow tie, pose during a press conference at the Bois de Boulogne in Paris, France in 1970.

The Rolling Stones have had their share of escapes from taxation. Their 1972 album “Exile on Main St.” was recorded in France, where they had relocated in order to avoid paying huge tax bills in England. Thirty-five years later, The New York Times reported that Mick Jagger, Keith Richards and Charlie Watts had been using a Dutch accounting firm, Promogroup, to ease their tax burden for decades.

Why the Netherlands, you ask? Because the Netherlands doesn’t tax royalty payments. So Promogroup helped the musicians establish private foundations there that allow them to leave wealth to their heirs, tax-free. Over a period of 20 years, they paid $7.2 million on $450 million in earnings, a tax rate of approximately 1.5%.

Bono (left) and the Edge of U2 perform on the Pyramid stage at the Glastonbury music festival at Worthy Farm, Pilton.

According to The New York Times, the members of the Irish band U2 have been using Dutch tax shelters to protect their assets, just like the Rolling Stones. The use of tax shelters was frowned upon by some, who saw the decision as hypocritical given the band’s whole anti-poverty schtick. But singer Bono defended it in a 2013 interview in The Guardian, and described it as the Irish thing to do.

“It is not an intellectually rigorous position unless you understand that at the heart of the Irish economy has always been the philosophy of tax competitiveness,” he said. “Tax competitiveness has taken our country out of poverty. People in the revenue accept that if you engage in that policy then some people are going to go out, and some people are coming in... So U2 is in total harmony with our government's philosophy.”

In 2014, the identities of more than 20,000 clients of the Kleinwort Benson wealth management firm were leaked and obtained by The Guardian. Many of these clients had offshore accounts on the Isle of Jersey, including actor Mel Gibson.

The star of stage, screen and voicemail was named as a potential beneficiary to a trust held in Jersey, along with five of his seven children. His representatives in the U.S. had no comment for The Guardian.

Mark Knopfler performs in support of his Privateering release at The Fox Theatre on November 28, 2013 in Oakland, California.

Another party named in the leaked Jersey files is Dire Straits guitarist Mark Knopfler. He held a trust for his ex-wife, a U.S. citizen who resides in London, and their two sons.

The Guardian spoke to the musician’s accountants, who had exactly nothing to say to the publication other than boilerplate. "All relevant details concerning the trust have been made in tax returns to the authorities both in the U.K. and the U.S.A.," they said.

When you pass someone on the street dressed in punk rock regalia, you can thank Dame Vivienne Westwood, who brought the look to the masses. Now in her 70s, she has such concerns as protecting her wealth to think about, a possible reason why her main business in the U.K. pays almost $3 million a year to an offshore company in Luxembourg, for the right to use her own name on her own label.

The Telegraph quoted a tax barrister, who said that transferring the rights out of the U.K. so that they could no longer be taxed is the textbook definition of tax avoidance, not tax evasion. So it’s legal.

“Vivienne Westwood Ltd and all the companies belonging to the group pay all the required taxes in all the countries in which they trade or operate, in accordance to audited financial statements,” the company said in a statement.