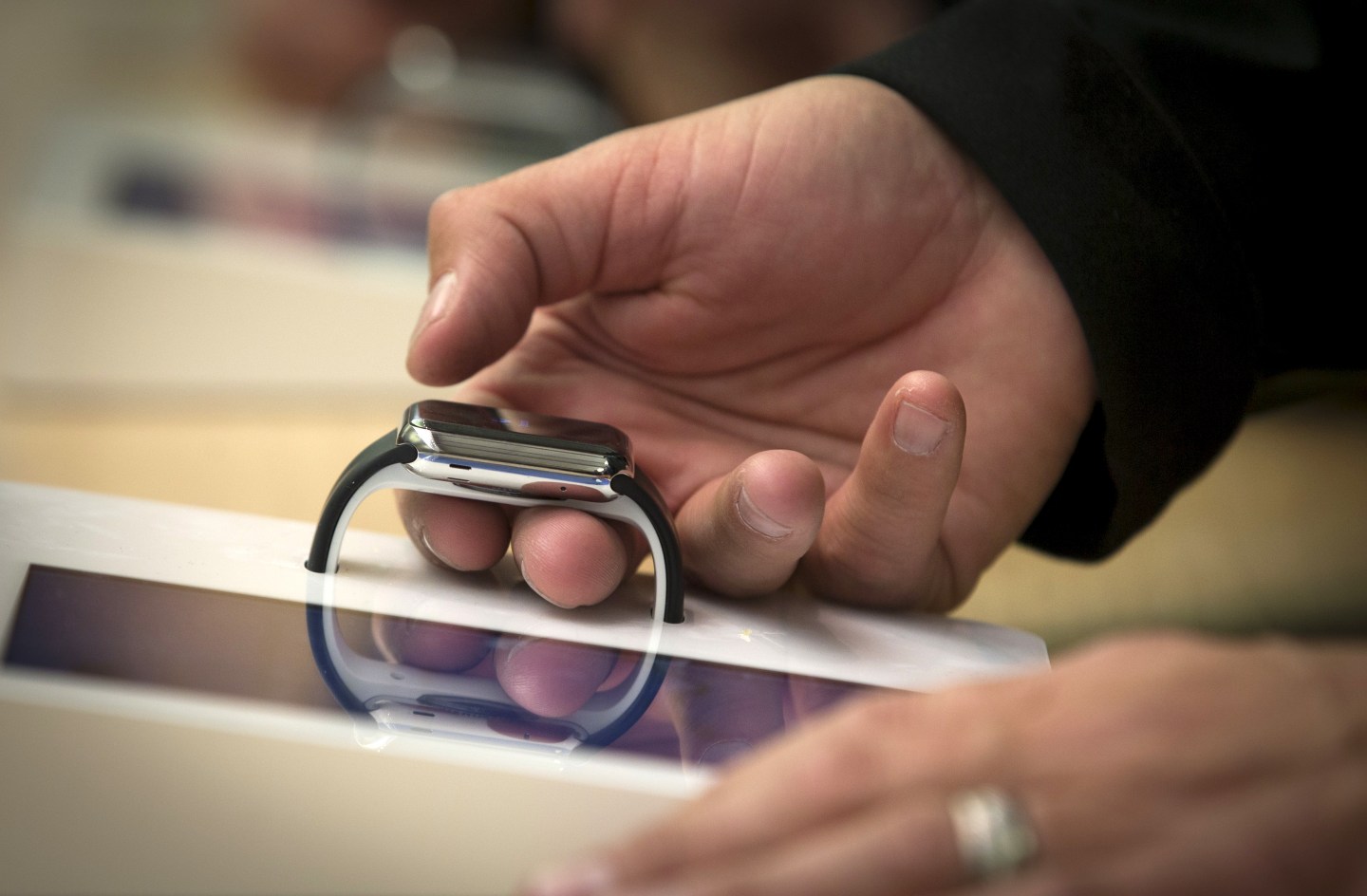 Apple sold more Apple Watches on the device’s first day of preorder sales than its rival companies sold Android-based smartwatches throughout all of 2014, according to market research data.

Research firm Slice Intelligence estimates Apple sold 957,000 Apple Watches on Friday, April 10. In comparison, about 720,000 smartwatches powered by Google’s Android Wear platform were sold last year, according to analysis firm Canalys. Apple has not yet given any official sales figures on the Apple Watch.

Several manufacturers make Android Wear smartwatches, including Motorola, LG and Samsung. While this initial data might look bad for them on the surface, there’s a chance that any success Apple has in the smartwatch category could act as a rising ride lifting all boats. Apple has a long track record of entering embryonic new categories and taking them mainstream, as it did with the iPhone and iPad.

While preorders have already begun, the Apple Watch doesn’t go on sale until April 24. Whether Apple can sustain interest in the device beyond first-weekend presales, a period dominated by early adopters who likely already knew they wanted the device, remains to be seen.

In January, Apple reported record earnings of $3.06 a share on $74.6 billion in revenue.