5 things you don’t know about the wage gap 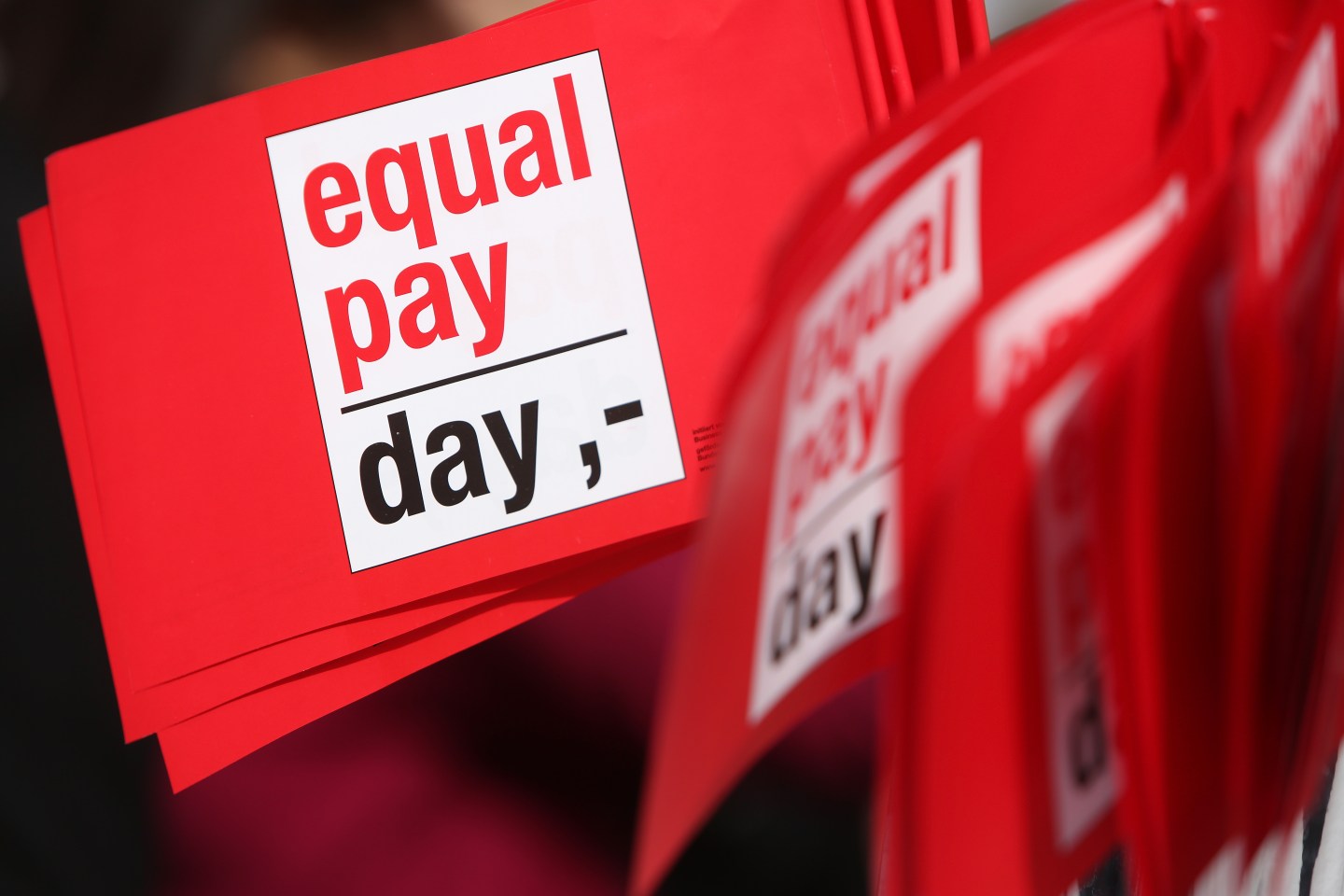 BERLIN, GERMANY - MARCH 21: Flags reading 'Equal Pay Day' are seen during the 'Equal Pay Day' demonstration on March 21, 2014 in Berlin, Germany. The annual event recognizes the wage gap between the sexes in the country, where women's salaries still lag behind that of men, particularly in the states that were once East Germany. (Photo by Adam Berry/Getty Images)
Photograph by Adam Berry — Getty Images

Tuesday’s annual Equal Pay Day highlights the fact that women working full-time earned 78 cents for every dollar men took home in 2013–a whopping one cent improvement over the previous year, according to the U.S. Census Bureau. That’s a long way from the 60 cents on the dollar women collected in 1960, but it’s still shamefully far from equal pay for equal work.

While you probably know the wage gap exists, these five facts about the gender pay gap may come as a surprise.

1. Millennial women think the pay gap is a myth.

More than half of the 10,000 millennial women surveyed by Levo, the New York City-based career platform, said they didn’t feel the wage gap applied to them. That’s both good and bad news. On one hand, it suggests that younger women believe that they’re earning a fair salary. And indeed, women under 35 face a smaller than average gap, earning about 90 cents on the dollar, according the BLS.

However, young women can’t afford to get complacent. “The numbers show that they leave deserved compensation on the table,” says Levo co-founder and CEO Caroline Ghosn. Plus, the wage disparity widens as women age, so even those who aren’t struggling for pay equality now will likely face a gap in the future.

Equal Pay Day was established by the National Committee on Pay Equity in 1996 to raise awareness of the wage gap. Last year, it was observed on April 8. This year, it’s April 14. But it’s always on a Tuesday. Why? Tuesday represents how far into the week the average woman must work to match the amount earned by the average man at the end of the previous week. April was selected to symbolize how far into the year a woman must work to achieve parity, and the calendar date shifts based on the pay differential.

However, it’s only an estimate: the date is chosen each May, before the Census Bureau releases the figures for that year, says Michele Leber, chair of the Washington DC-based Committee on Pay Equity.

An analysis by San Francisco-based financial literacy website NerdWallet shows that women out-earn men in 22 U.S. cities. That sounds like good news–until you notice that 19 of those cities report median incomes below the national average. That means that women living in places such as Inglewood, Calif., Trenton, N.J., and Orlando, Fla. are only beating men’s wages by working for hours at low-paying jobs. However, the report did find a few cities that break the mold. Elk Grove, Calif., Silver Spring, Md. and West Palm Beach, Fla. are all relatively high-income cities where women come out on the right side of the wage gap.
[fortune-brightcove videoid=4165615317001]

In New York, women under 35 earn $1.02 for every dollar earned by their male counterparts. What is it that sets the Empire State apart? Education is a big factor. About 47% of millennial women in New York hold a bachelor’s degree, compared with 38% of the state’s millennial men, says Jessica Milli, a senior research associate at the Institute for Women’s Policy Research: “That education translates into better job opportunities and enables women to move into better paying jobs such as managerial and professional occupations.”

5. Lawmakers have the narrowest gap

Of the various industries surveyed by the Census Bureau, legislators report the narrowest pay gap, with women making 91% of the salary earned by their male counterparts. Other industries with pay gaps narrower than the national average include architecture and engineering.
[fortune-brightcove videoid=4165615318001]