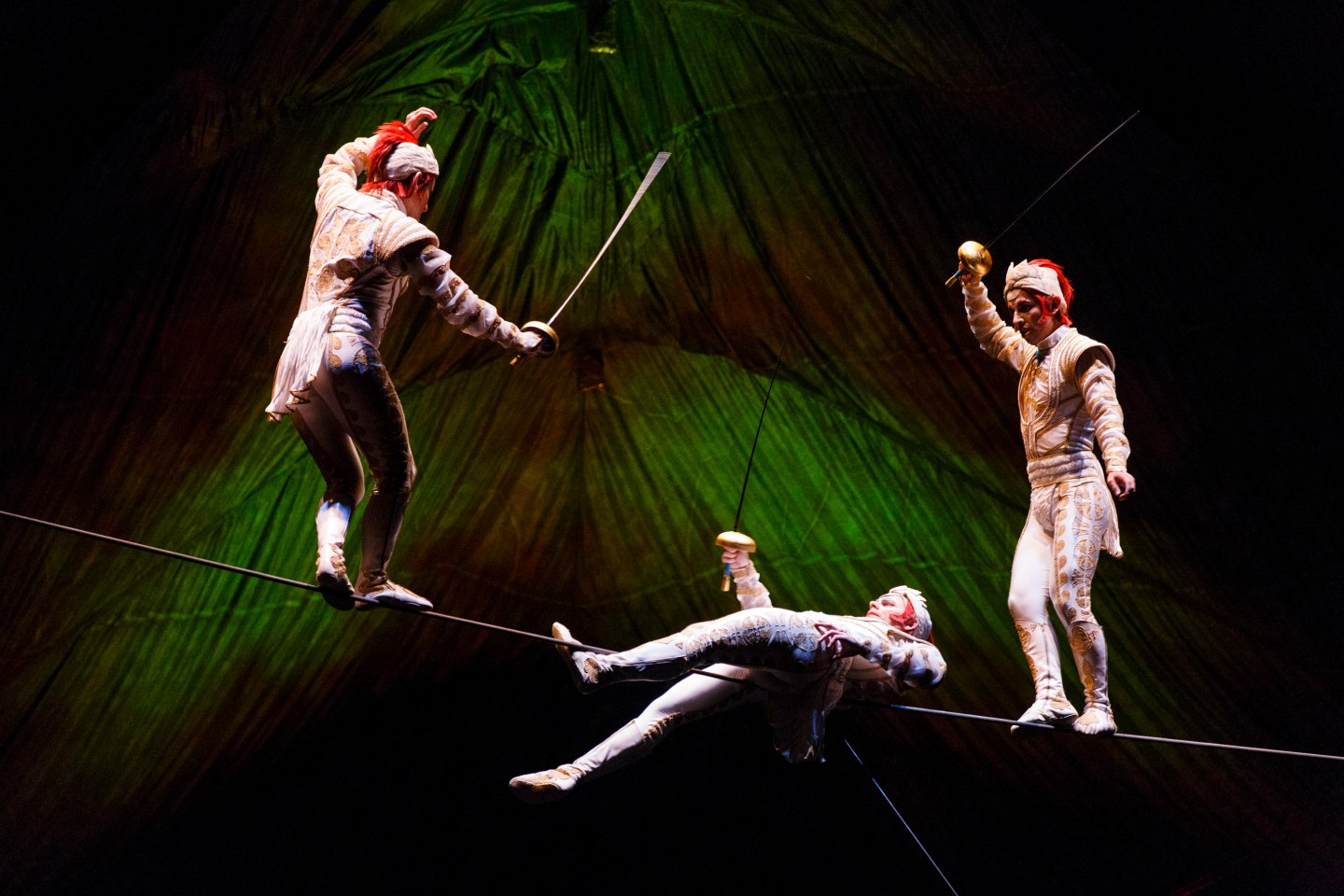 Cirque du Soleil is in advanced talks with two private equity consortia about selling a majority stake in what is the largest theatrical production company in the world, according to people familiar with the matter.

A consortium of CVC Capital Partners and Providence Equity, as well as a pairing of TPG Capital and China’s Fosun International, are in negotiations with the company’s owner and founder Guy Laliberté in an effort to clinch a deal, three people said this week.

A deal is uncertain, however, because of disagreements over the company’s valuation. Private equity firms have made offers valuing the company close to $1.5 billion while Laliberté is believed to value the company higher, according to the people.

Caisse de dépôt et placement du Québec, Canada’s second-largest pension fund, has expressed interest in taking a 10% stake in the company as part of a deal with either of the two consortia, the people added.

The negotiations are expected to last several weeks, according to the sources, who asked not to be identified discussing confidential talks. Representatives for the private equity firms declined to comment or did not respond to requests for comment.

“As it stands today, the process is still ongoing and Guy Laliberté is still reviewing his options,” a Cirque du Soleil spokeswoman said, declining to comment further.
Best known for its acrobatic spectacles and Las Vegas shows, Cirque du Soleil has been working with investment bank Goldman Sachs Group since last year to find a strategic partner.

Founded by Laliberté and street performers in Quebec in 1984, Cirque du Soleil has become one of Canada’s most famous exports. Laliberté currently owns 90% of the Montreal-based company.

Cirque du Soleil’s shows featuring acrobats and whimsical plots tour all over the world and are performed nightly in Las Vegas and other resorts. It has roughly 4,000 employees and it employs 1,300 performing artists in 50 countries, according to its website.

While the company generates the majority of its revenue from ticket sales, it also organizes private events, sells retail goods based on its shows, and licenses its brand to the hospitality and fashion industries. It has a joint venture with BCE Inc’s Bell Media to create television programming, movies and games.