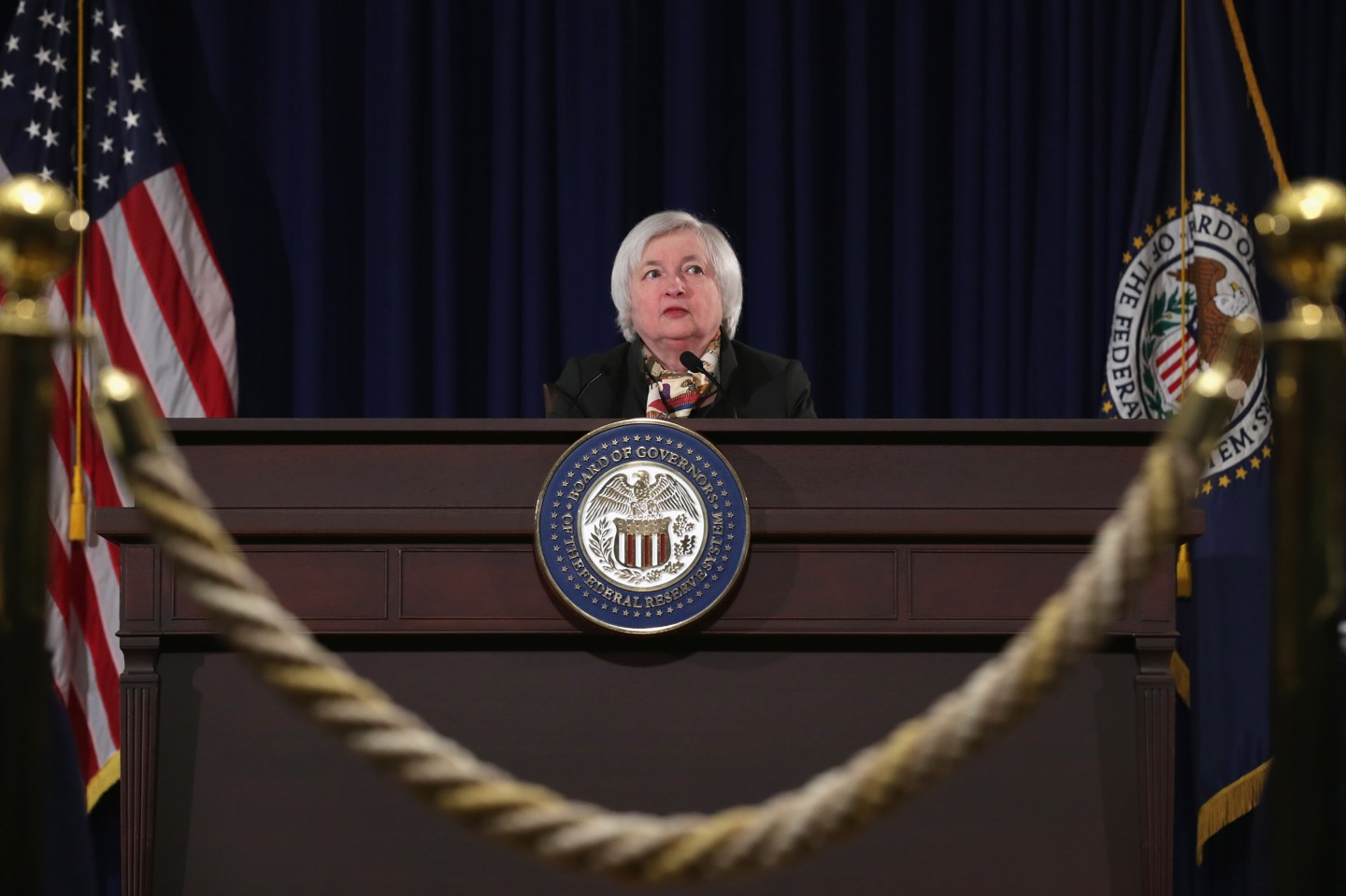 2015 was supposed to be the year that the Federal Reserve finally began to normalize its interest rate policy, after eight years of near-zero rates.

But slowing economic growth in the first quarter of 2015, slow wage growth, and stubbornly low inflation could put those plans on hold. Minutes released on Wednesday, which give a window into the policy discussion that occurred during the Federal Open Market Committee’s March 17 and March 18 meetings, add to the argument of those who believe the Fed won’t raise rates until at least the September meeting, and maybe later.

Make no mistake, there is support on the committee for a June increase, at least as of last month. “Several participants judged that the economic data and outlook were likely to warrant beginning normalization at the June meeting,” reads one section of the minutes. But those voices are certainly balanced by those who believe “conditions . . . would not be appropriate to begin raising rates until later in the year.” Meanwhile, the minutes read, “a couple of participants suggest that the economic outlook . . . would not call for liftoff until 2016.”

That passage shows that there is some support for a June hike on the committee, but those in favor appear to be outgunned by those who aren’t. At the same time, other passages clearly show a growing concern about recent economic data. A few key points:

There’s still a chance that interest rates will go up in June. But recent data and March’s minutes argue against betting on it.