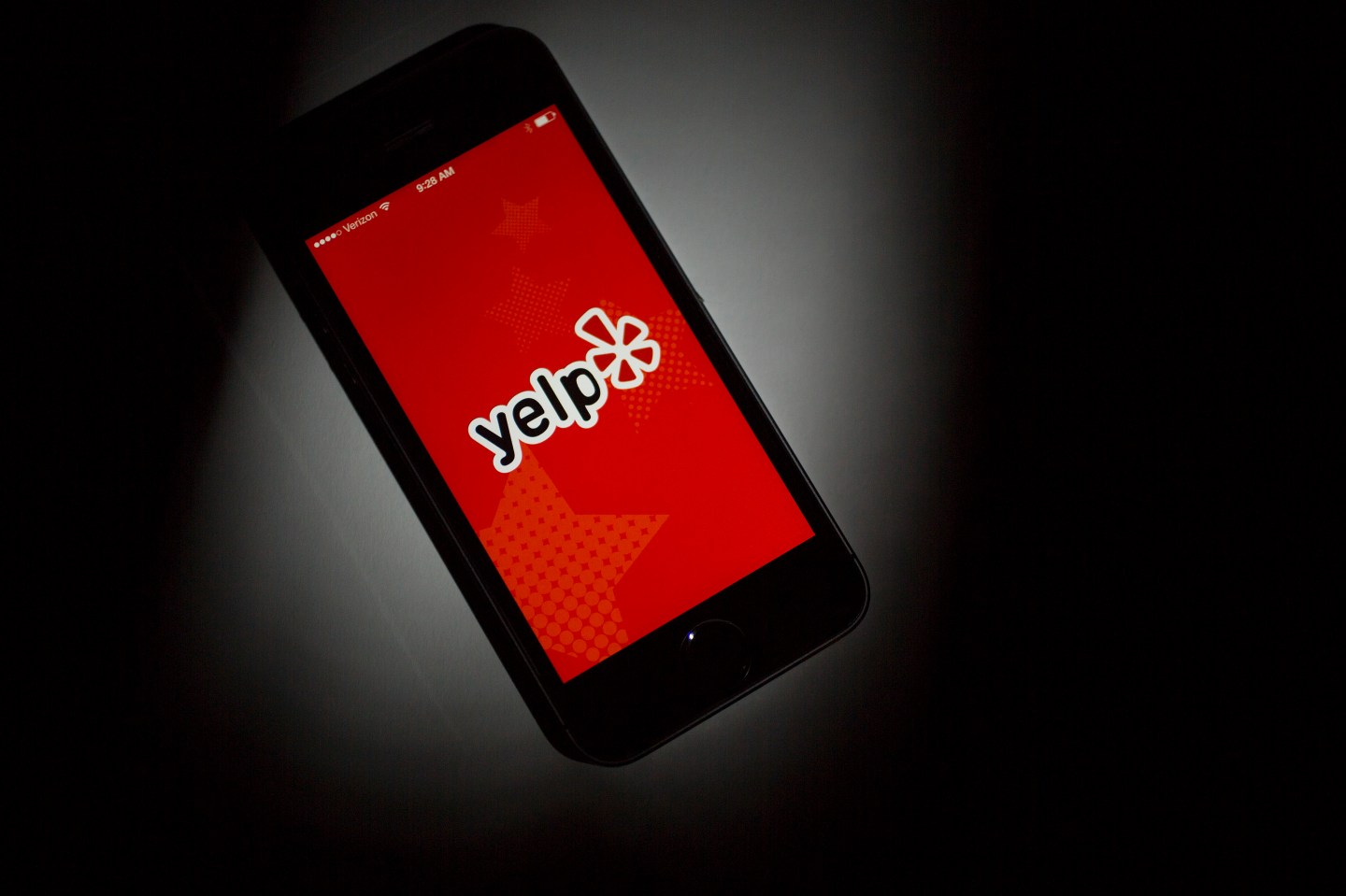 The local reviews site Yelp lately has come under fire from some small businesses owners. Some have claimed that Yelp manipulates reviews in order to pressure businesses to advertise on Yelp (a charge Yelp denies.) Just recently, Danny Teran, owner of The Wheelhouse restaurant in Brooklyn, posted a Yelp tale of woe, alleging that after spam reviews appeared, “every 5 star review we have earned has mysteriously been removed while leaving our lower ratings continuously posted.”

A filmmaker is tackling this subject in an upcoming documentary, Billion Dollar Bully. The director Kaylie Milliken’s Kickstarter campaign to help fund the production met its funding goal of $60,000, and the campaign continues through April 20.

In an interview on CNBC.com, a Yelp spokeswoman criticized Milliken’s research as sloppy. The company also has noted that the FTC has twice dropped inquiries into these allegations and declined to take action against Yelp, and a lawsuit by small business owners was dismissed in federal appeals court.

In addition to making headlines for these complaints, fake reviews, and the odd time it served a restaurant’s postmortem, Yelp regularly makes the news indirectly — when it’s used as a platform for outrage.

Here are five such incidents from the past eight months.

Earlier last week, the owners of Memories Pizza in Walkerton, Ind., stepped forward to support Indiana’s new “religious freedom” law and be counted as a business that discriminates against LGBT people. “If a gay couple came in and wanted us to provide pizzas for their wedding, we would have to say no,” said Crystal O’Connor, one of the owners.

Within hours, the masses were writing Yelp reviews for the pizza place, largely against their discriminatory policy. One reads: “This is America and we do have more freedom than any other country in the world. However, our freedoms do not include the right to discriminate against someone who doesn’t hold the same beliefs.”

At the time of this writing, Memories Pizza had 688 one-star Yelp reviews and 188 five-star reviews, with 1,044 reviews categorized as “not currently recommended”, and 3,845 were removed for violating Yelp’s content guidelines or terms of service.

In the wake of the controversy, the pizza parlor closed the business and a GoFundMe was established where supporters pledged over $840,000 (the amount is still climbing).

Last month, Michael Scelfo, the chef-owner of Alden & Harlow in Boston, fought back against a pair of rude customers who sat down without reservations and began Yelping on their phones as an attempted bargaining chip.

He uploaded a photo of them to his Instagram account, with the caption “shout out to these two winners for seating themselves with no reservations, insulting and berating our staff, refusing to leave and all the while yelping away in front of us as a means of threat. #kbye #wedontnegotiatewithyelpers”

Scelfo clarified in a later comment, “My choice to post this is not to slander them per [se] but to call attention to a major flaw in the current ‘online review system & entitled mentality.’” The post attracted hundreds of comments, most supportive, before being taken down.

Hate Us On Yelp

The Bay Area pizza and pasta restaurant Botto Bistro in Richmond, Calif. has been running a defiant anti-Yelp campaign to achieve a one-star rating. Co-owner Davide Cerratini was inspired to do this by his dislike for Yelp’s persistent pressure to advertise, and their practice of placing ads above search results, which he called blackmailing. Cerratini also harbors a general disregard for online reviews, and this project illustrates the shaky trustworthiness of online reviews and ratings.

Botto Bistro offers a 50% discount to customers who leave them a one-star review on Yelp, cautioning, “Be quick and take a screenshot of your review to show us, as apparently there is a special team removing our reviews as soon as possible. So far they have removed 2100 reviews. Busy people. We love knowing that they have a Botto special team with special people.” Last fall, the restaurant also offered the funniest, most sarcastic review a free cooking class.

At time of writing, Botto Bistro had three stars but some one-star discount-grabbing reviews remained, like this one: “I would never eat here again, specifically because the times I haven’t been there the food was horrible. And they have a real authentic Italian attitude which can be a problem if you just want to be a weird loner. I’ll have to check for some other place on Yelp that paid their mafia dues instead.”

In October 2014, when Voltaire in Kansas City would not break their posted no takeout policy, “Sonal B.” registered her disapproval with an extensive one-star report of the incident on Yelp. The woman made several mentions of her husband being a lawyer. From the review: “When my husband said that he was going to post a Yelp review about the way the restaurant was treating us, the manager questioned, ‘Are you a grown man and an adult?’”

Owner Wes Gartner posted a response to the review, the highlight of which was a role-reversal in which Sonal B. was asked to imagine her husband was being asked to handle a divorce, even though he’s a tax lawyer, and the questioner refusing to take that for an answer.

YOU: If you don’t represent me in my divorce, I’m going to post it all over the [most frequented social media review of lawyers] that you refused to provide me with the service I requested, and make baseless allegations about how you are very pretentious, arrogant and unprofessional. I will also try to prevent you from getting any additional business by damning you on said social media platform. Now will you represent me? ME: I don’t take kindly to threats.

Thanks for your feedback. We will let you know if we decide in the future to practice divorce law, I mean, provide “take-out” food.

Sonal B.’s review and user profile have been deleted. Voltaire’s profile has 342 reviews removed for violating terms of service or content guidelines, which may have been the “notes of support” and other feedback following the flame-up.

Hating on the Hudson

Last August, the Union Street Guest House in Hudson, New York posted a policy stating “Please know that despite the fact that wedding couples love Hudson and our inn, your friends and families may not,” warning that guests leaving negative Yelp reviews would have $500 deducted from their deposit, to be refunded if they remove their review. The owners also posted aggressive responses to negative reviews. The New York Post’s Page Six noticed, then came the old fashioned Internet pile-on of protesting reviews.

After 3940 reviews were removed for violating Terms of Service or Content Guidelines, the guest house currently has a 1.5 star Yelp rating, out of 47 reviews, and with 53 others categorized as “not currently recommended.”