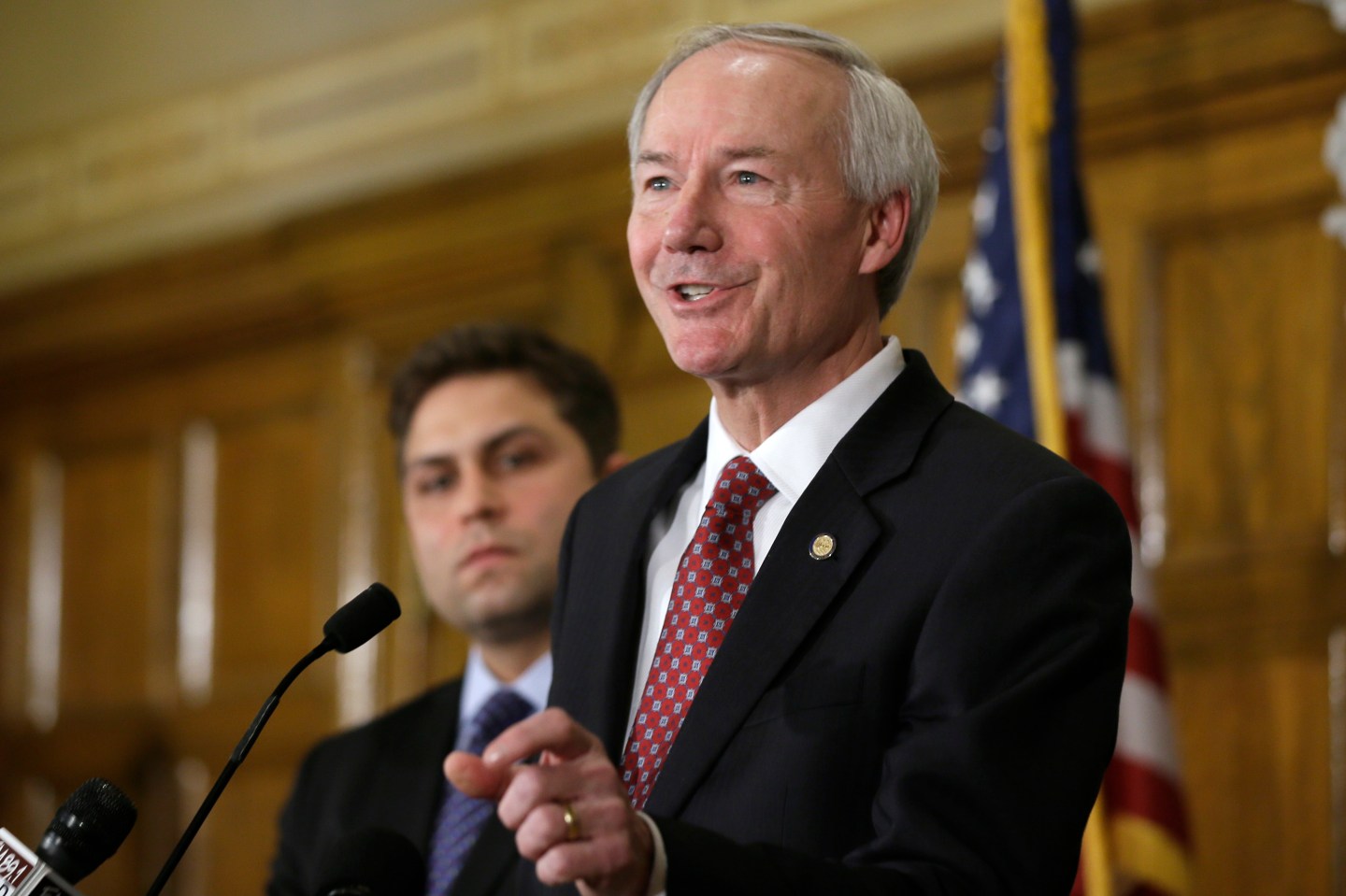 Retail giant Wal-Mart commended Arkansas Gov. Asa Hutchinson Wednesday for reconsidering a religion law for which the company sought a veto after it drew national criticism for opening the door to discrimination against gays and lesbians.

The world’s largest retailer, which is based in the state, encouraged lawmakers to “make certain any legislation does not encourage discrimination,” according to a statement posted on Twitter.

The move comes as a slew of tech company execs, including representatives from Yelp (YELP), AirBnB, Twitter (TWTR), Salesforce (CRM) and Ebay (EBAY), released a statement Wednesday calling on “the addition of non-discrimination protections for LGBT people to civil rights laws.”

“To ensure no one faces discrimination and ensure everyone preserves their right to live out their faith, we call on all legislatures to add sexual orientation and gender identity as protected classes to their civil rights laws and to explicitly forbid discrimination or denial of services to anyone,” the statement reads.

Here are five companies that tweeted their opposition to the law.

As mentioned above, the retail giant has been vocal about its disapproval. The company took to Twitter to state the following:

Our statement on Arkansas #HB1228 pic.twitter.com/KFPd91ejdo

CEO Tim Cook has been vocal about his stance against the Indiana law and also calling on Hutchinson to veto the bill. Cook came out as a gay in October.

Apple is open for everyone. We are deeply disappointed in Indiana's new law and calling on Arkansas Gov. to veto the similar #HB1228.

The social media site, which has been a place for companies to tweet their disapproval of the legislation, released a statement of its own recently.

We’re disappointed to see state bills that enshrine discrimination. These bills are unjust and bad for business. We support #EqualityForAll.

The airline, along with a slew of other businesses, signed a letter by the Human Rights Campaign.

Today we support the @HRC’s statement against laws undermining #Equality. We seek a society of tolerance, peace & prosperity for all. #RFRA

CEO Jeremy Stoppelman tweeted an open letter he penned to “states considering imposing discrimination.” He’s been vocal on the social media site over the last few days, tweeting this: