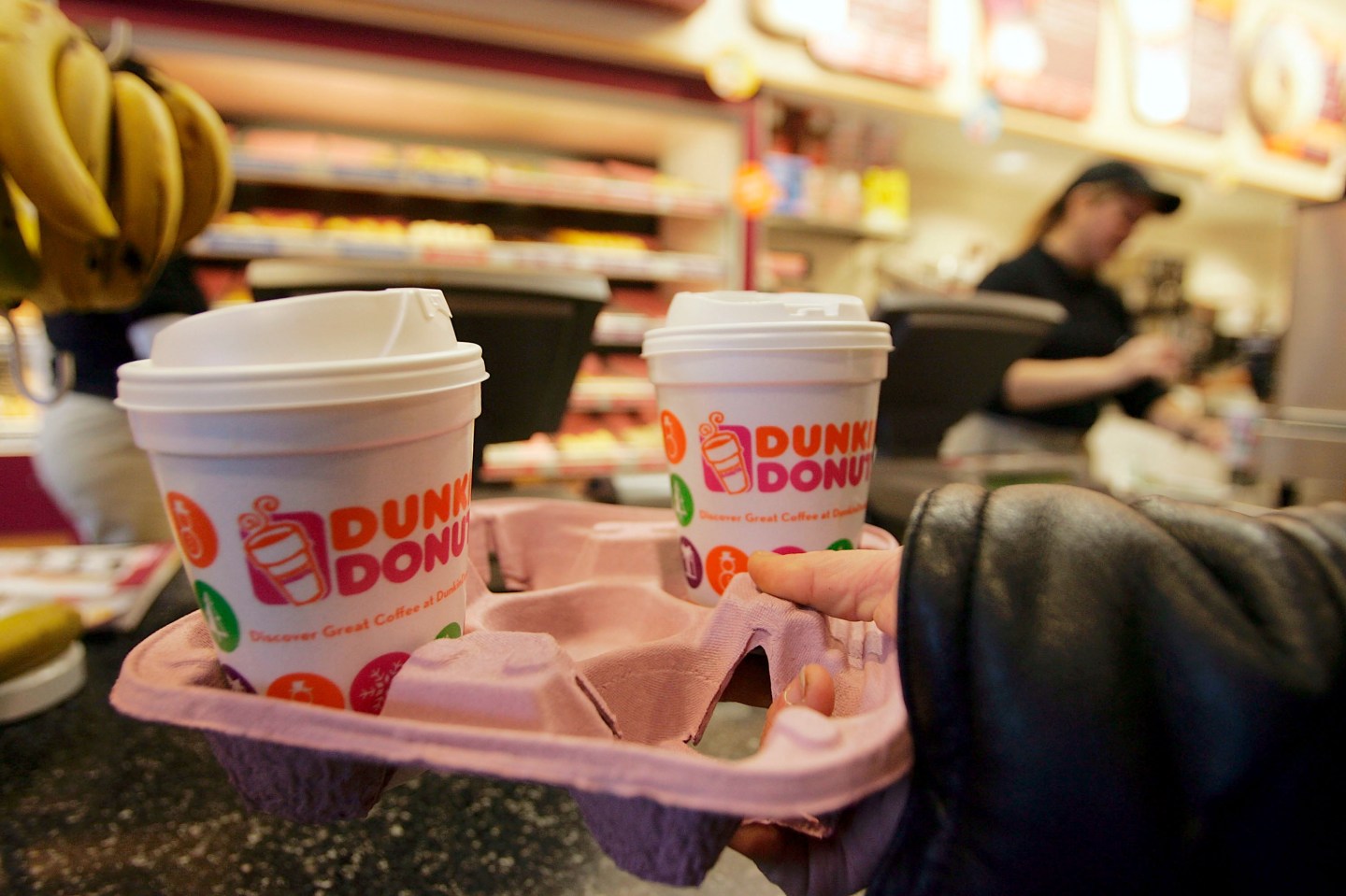 Dunkin’ Donuts is exploring the possibility of only using 100% cage-free eggs across the company’s global operations.

The coffee company, which is also known for its extensive breakfast menu, on Monday said that as an immediate step, one out of every 10 eggs it uses to make breakfast sandwiches in the U.S. would be cage free by the end of next year. The company is also exploring its international supply chain to understand the feasibility to only use cage-free eggs.

“This new policy is further testament that consumers and companies are aligned in shifting the egg and pork industries away from confining animals in cages,” said Josh Balk, senior food policy director of the Humane Society of the United States, who has partnered with Dunkin’ Donuts (DNKN) on the initiative.

Dunkin’ Donuts, which already used cage-free eggs for 5% of the company’s domestic needs, said it would also only source gestation crate-free pork in the U.S. by 2022.

The company’s move is part of a broader industry trend among restaurant chains and food and beverage companies to explain how the food they used is made, reacting to consumers’ heightened interest to learn more about what they are eating. Executives say consumers are more aware than ever about where their food comes from and they are often willing to spend more on food and beverage items they perceive to be healthier and better for the environment.

Fast-casual Mexican restaurant chain Chipotle (CMG), for example, is known for its “Food with integrity” campaign that touts that company’s efforts to obtain food ingredients with the highest respect for animals, the environment and farmers. The company has said its’ vision to change the fast food culture while charging affordable prices are key to its business model. Panera (PNRA), meanwhile, generated headlines last year as it took a big step toward reducing the use of antibiotics and confinement of animals in its supply chain.

The effort to go cage-free got a big boost at the beginning of 2014, when California officially enacted a proposition to essentially abolish the close confinement of farm animals in cages and crates. But such moves, which can please the Millennial crowd, can also be costly. While animal rights advocates have long fought for a ban on cage systems, there are some negative effects to letting flocks roam free. Cage-free systems give hens more room to move around but also result in higher feed costs, lower egg production per bird, increased cannibalism among the flock and greater vulnerability to diseases, according to a report by agricultural consultant Promar International.
[fortune-brightcove videoid=3887112102001]