The battle lines are drawn: Meerkat vs. Periscope pits Hollywood against Silicon Valley 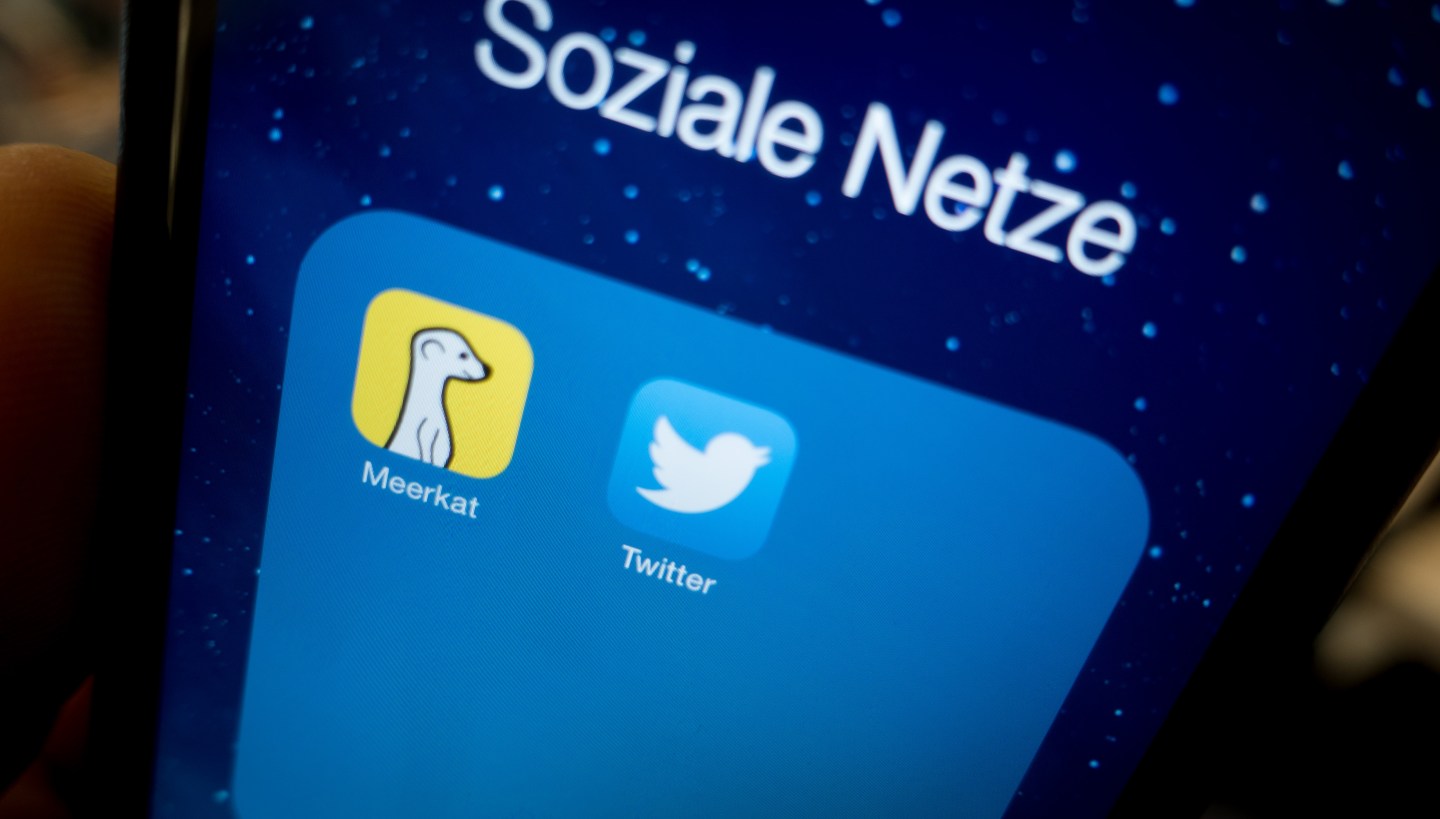 ILLUSTRATION - The icons of the live-streaming app Meerkat (L) and Twitter can be seen on a smartphone in Berlin, Germany, 13 March 2015. Meerkat makes it possible to transmit video streams without great technical hurdles to many communication platform users and to interact with them. Photo by: Kay Nietfeld/picture-alliance/dpa/AP Images
Photograph by Kay Nietfeld/picture-alliance/dpa/AP

Sometime around 4:00 this morning, the livestreaming wars officially began. Meerkat, the viral app that’s captured Silicon Valley’s excitement for the past three weeks, announced its latest funding round. Minutes later, in a move that was certainly not an accident, Twitter announced its own livestreaming app, Periscope, had launched. (Twitter purchased the site weeks prior for a rumored $100 million.)

A number of news sites immediately declared that Periscope is superior to Meerkat because it offers more features. Plus, it has Twitter (TWTR) on its side. Other commentators argued that Meerkat’s strong branding and simple functionality make it a natural fit. Besides, it has a first-mover advantage.

Regardless of which product is superior, Silicon Valley’s most powerful investors and commentators are taking sides. Suddenly, the livestreaming platform you use is a statement of which team you’re on.

Periscope has the following big names from Silicon Valley on its side:

Sacca, who has 1.55 million followers on Twitter, has been Tweeting his livestreams and promoting the app there. MG Siegler, formerly a prominent blogger at TechCrunch, took to his blog to praise Periscope. Scott Belsky did the same.

Eric Paley of Founder Collective tells Fortune that Periscope investors no longer had a financial reason to pimp the product, since they’d already made a profit when the startup sold to Twitter. Anyone promoting Periscope is doing so out of pure support. “Remember, Periscope doesn’t have VC investors anymore,” he says. “Just loyalists either because they care about the team or they love the product, overwhelmingly the latter.”

Powerful or famous friends doesn’t always translate to success, of course. Viddy, a video sharing app hailed as the “Instagram for video,” flamed out shortly after its launch in 2012, despite investor connections to Jay Z, Shakira and Will Smith.

It’s also unclear whether the act of broadcasting a live video of oneself is a novelty. As I wrote earlier this month, the Internet cycles through viral apps faster than ever. In two months from now, livestreaming could be as irrelevant as Yo, Ello and Secret. Perhaps a more salient example is Turntable.fm, a fun, engaging music site which went viral for a summer. It quickly faded away because, just like the livestreaming apps, it was too engaging.

Till then, Meerkat and Periscope will duke it out, using their powerful friends as best they can. Pick your team.