Unfazed by Apple Watch, this startup is launching its own rival 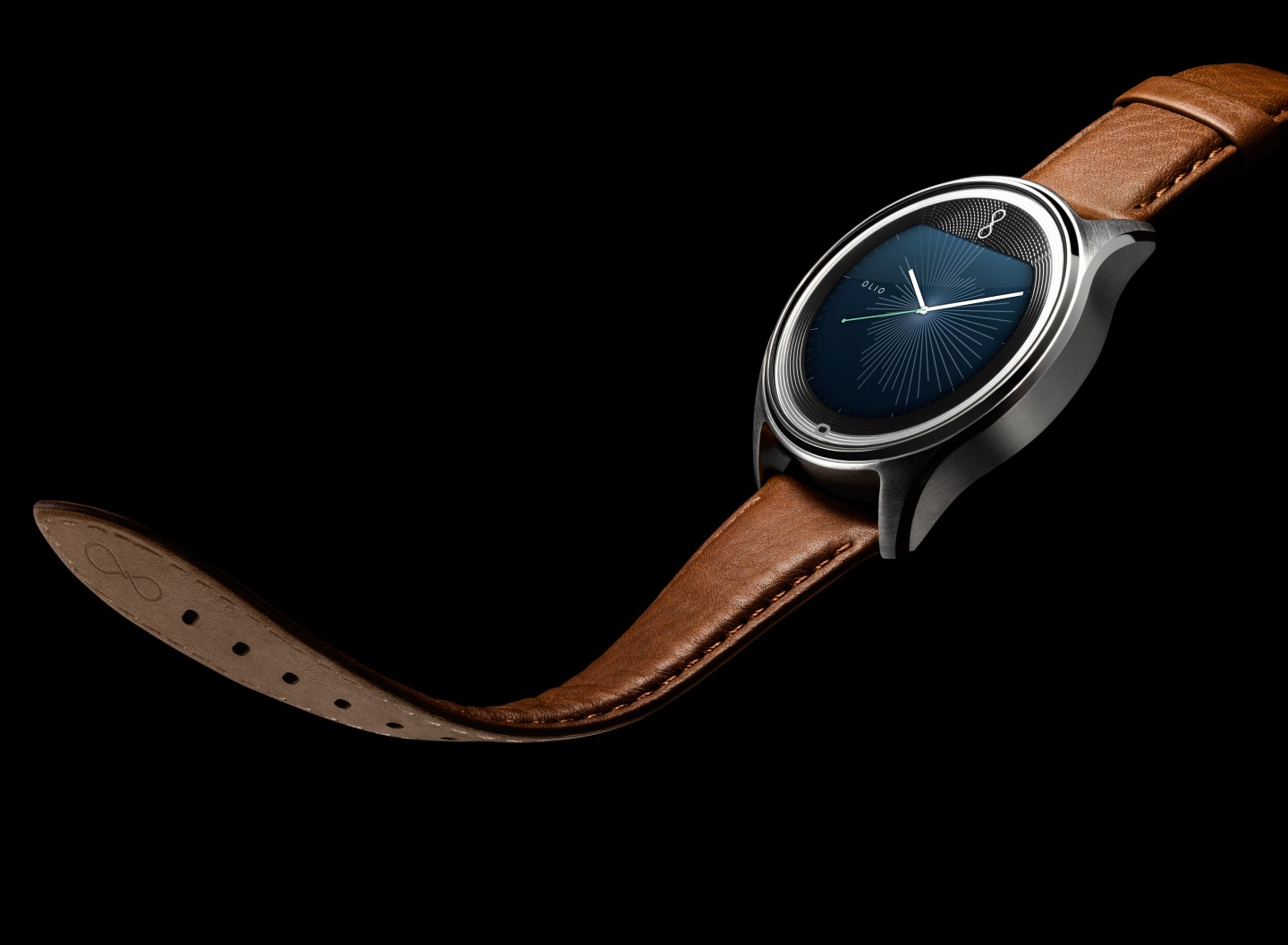 With all the buzz around Apple Watch and its imminent arrival on store shelves, many start-ups might be leery of introducing their own smartwatch right now.

But Olio Devices is doing just that today by opening up pre-orders for its upcoming smartwatch.

CEO Steve Jacobs explained the gamble by saying that he doesn’t consider his company’s first product to be a “smartphone on a wrist,” but rather as a premium wristwatch with equipped with modern technology to “help you save time.” Many smartwatches already on the market from manufacturers like Samsung, Motorola, and Sony are packed with sensors, apps, and services that let users check their watch instead of their phones for all sorts of information. A few, like Samsung’s Gear S even lets them make phone calls without being connected to a phone.

Olio opted to edit down what its watch can do. The philosophy is that a watch doesn’t need to replace other devices, it just needs to help you manage time better.

“It’s that same Swiss craftsmanship but with new age functionalities,” said Jacobs, an alum of Apple and Ammunition Group, the design firm behind Apple’s Beats headphones.

Olio’s first product is the Model One watch, which comes in two styles: Steel and Black Collections. It’s now accepting reservations before it ships 500 units of each this summer, priced at $595 for the Steel watch and $745 for the Black watch.

Olio’s entry comes relatively late in the smartwatch wars and without deep pockets. It also lacks the power of a decades-old brand to help convince shoppers to spend their money or an existing distribution network in retail stores. Furthermore, despite all the competition in smartwatches, consumers have hardly flocked to buy them. Last year, 89 companies shipped just 6.8 million connected watches worth $1.29 billion, according to research firm Smartwatch Group.

But Jacobs doesn’t seem very worried with all the competition and his start-up’s status as a minnow among sharks. He doesn’t even see the Apple Watch, which will be available starting April 24, as a direct competitor to Olio. “It serves a very different purpose,” he said, pointing to its far longer list of features.

Although they come in different colors, Olio’s two watch styles have identical hardware.

The body, encased in stainless steel, weighs 2.36 ounces, has a 1.92-inch diameter, and is water-resistant. The front and back crystals are said to be durable, “sort of designed to be jammed against a door knob,” as Jacobs said.

The watch sports the standard smartwatch sensors for tracking steps and location, including an accelerometer, gyroscope, and a multispectral ambient light sensor that helps to automatically adjust the screen’s brightness. It uses Bluetooth and Bluetooth LTE chips to connect to smartphones (iOS and Android). The team decided against building in wi-fi and cell capabilities because it would drain the battery too quickly. And unlike many rivals, Olio’ watches have no heart rate monitor.

The watch can be fully charged in under an hour, and lasts for two days with “normal usage” before a power reserve kicks in, which keeps the watch going for an extra day but only with basic functions. “We don’t think that anything that lasts less than a day is useful,” Jacobs said, in a jab at the Apple Watch. Apple recently said that the Watch’s battery life will last 18 hours, or “all-day.”

Olio’s watches can be ordered with either a wrist band in black or brown Italian leather, brown suede, or a steel or black link bracelet. Or owners can pair it with any standard watch band.

On the software side of things, Olio’s watches comes with a companion smartphone app to manage settings and link to other connected devices, the ability to track and display fitness metrics (number of steps, etc.), and display notifications like text messages and email.

Although Olio’s two watch styles have identical hardware, their software interfaces are different. While the steel-colored watch face looks more modern and clean, the black version has a more military or rugged look.

But there’s also an unexpected surprise: Olio Assist, an algorithm-powered personal assistant that helps to manage notifications and takes cues from the interactions of the person wearing it. For example, when you head into a meeting, it will flash a message asking if you’d like your notifications held until you’re done and free to review them.

Of course, Olio isn’t the only company to build smartwatches that emphasize style, or at least stick to the traditional look of a wristwatch. A watch by French connected device maker Withings’ Activité has been one such popular such option as has another recently introduced by TAG Heuer.

And while the Olio Model One has a clear masculine aesthetic, Jacobs hopes that it will appeal to some women, at least until the company releases its next line of watches. He declined to share any details, but the company could use a smaller version that looks better on women’s wrists.