When live video app Meerkat is an unwelcome guest 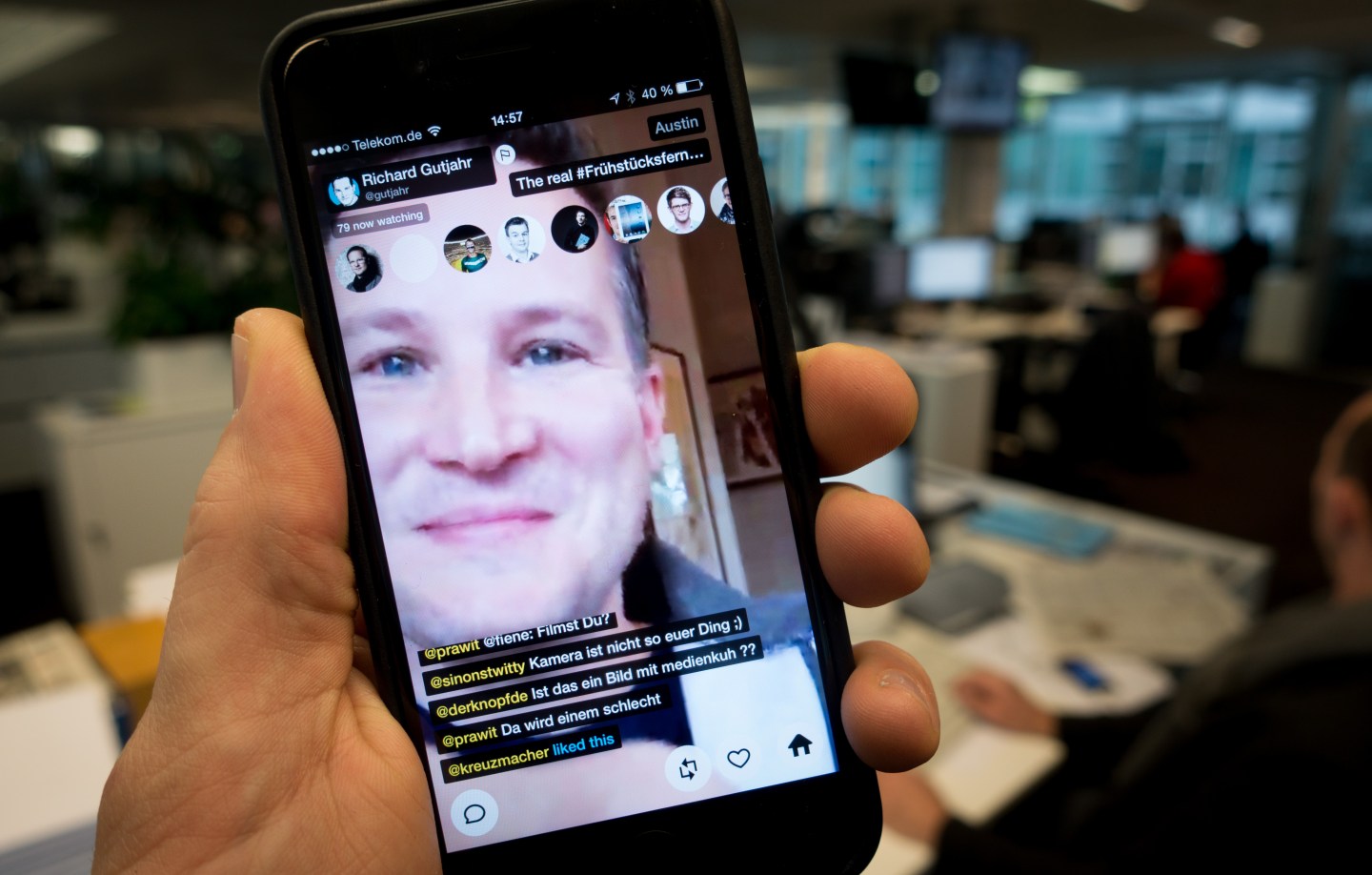 Online video sensation Meerkat has brought live streaming to the masses by letting people use their smartphones to broadcast everything from their skateboard tricks to mowing the lawn. But it’s also becoming the unwanted guest at exclusive events like the demo day of Y Combinator, the prestigious Silicon Valley start-up accelerator.

On Monday, Y Combinator held the first leg of its two-day demo day, at which startups in its program give rapid-fire presentations in front of a packed room of investors and journalists. But despite its exclusivity (the event is invite-only), Y Combinator started cracking down on “meerkating” by audience members.

Y Combinator President Sam Altman suggested that a live broadcast would violated Securities and Exchange Commission rules. Although he didn’t provide any details, many people speculated that he was referring to rules that prohibit private companies from trying to solicit funding from small-time investors. In fact, they are only permitted to do so with wealthy investors. Y Combinator did not immediately return an e-mail seeking clarification.

The problem started when investor and demo day attendee Dave McClure started using Meerkat during the presentations, only be admonished on Twitter by Justin Kan, a Y Combinator partner and an alumnus of Justin.tv, a forerunner today’s mobile broadcasting apps that later morphed into Twitch.tv, a service for live streaming video game play. A few attendees, such as Eric Newcomer, a Bloomberg reporter, relayed news of the no-meerkating zone. Eventually, Sam Altman, Y Combinator’s president, chimed in to explain the ban, saying merely “SEC bro.”

Meerkat exploded in popularity among the tech crowd after early attention in the media and on tech product leaderboard Product Hunt. An Israel startup formerly known as Yevvo and Air, released the app in late February after deciding to take its original video broadcasting app into a different direction.

Soon after, Meerkat became the social app hit of this year’s SXSW conference in Austin, Tex. Attendees used the app to broadcast or watch interesting panels, talks, and happenings around the event, and journalists took advantage of it to experiment with this entertaining and quirky medium to share content.

Now it’s become a party crasher at Y Combinator’s demo day, and will likely soon show up at other such events.

But this kind of voyeurism isn’t new. Event attendees have been “live-tweeting” — posting frequent, descriptive tweets that give their followers a sense of following along with the action — for years. And apps like Meerkat along with its rivals like Stre.am, and the stealthy and Twitter-owned Periscope, are bringing this to live video. Even Periscope’s name conveys that idea: Using video live streaming for a glimpse into someone else’s world.

This type of curiosity has also extended into apps like Yik Yak, the anonymous sharing sensation that’s popular among college students, and bills itself as the “Twitter of your campus.” Since posts are local, meaning that users only see content from users nearby, Yik Yak has built its“peek” feature, which lets users tap into the content posted in specific geographical location. On Monday, news outlets reported that journalists were using the feature to monitor student reactions to Sen. Ted Cruz announcing his presidential candidacy at Liberty University in Lynchburg, Va.

On the downside, privacy can be an issue for people broadcasting video of anything other than themselves or willing participants. It came up in a big way with Glass, Google’s connected eyewear that includes a camera. Glass wearers often faced social backlash from people around them not feeling comfortable with being — or the possibility of being — video-recorded unwillingly. And as Fortune‘s Erin Griffith previously wrote, Meerkat “has replaced Google Glass as the new thing to be paranoid about.”

But whether Meerkat survives its early hype, dies quickly, or gets replaced by a competitor, video live streaming and broadcasting of this kind is likely to stick around.