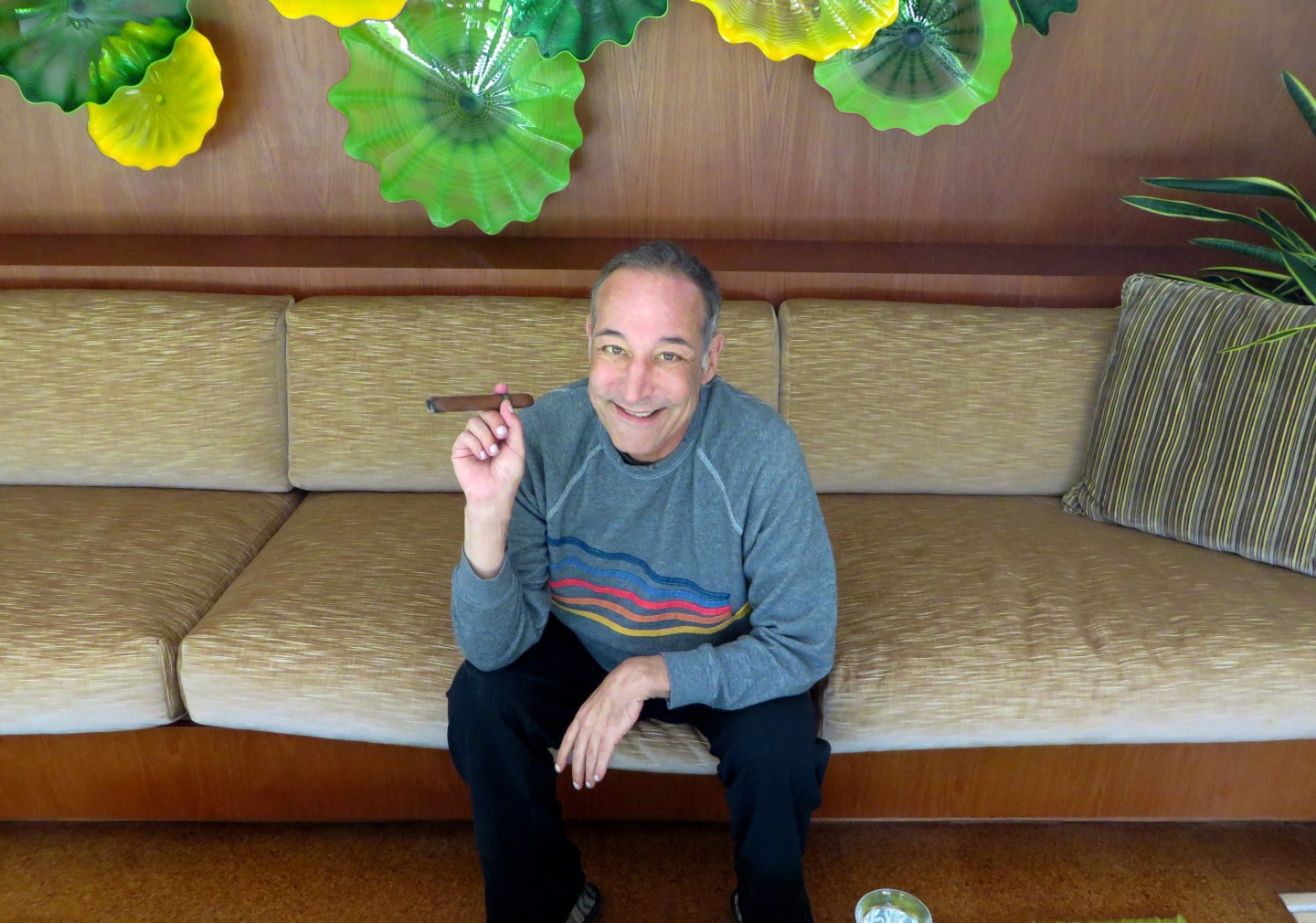 This Aug. 12, 2013 photo shows Sam Simon, co-creator of "The Simpsons," at his home in Pacific Palisades, Calif. Simon, 58, was diagnosed with colorectal cancer last November. Having defied that diagnosis' sentence _ three to six months to live _ Simon continues to push ahead, broaching no defeat. (AP Photo/Frazier Moore)
Photograph by Frazier Moore — AP

You may not have heard of Sam Simon, but you’ve seen the television shows he helped create, such as “Taxi,” “Cheers” and his greatest success, “The Simpsons.” Earlier this month, he succumbed to cancer at the age of 59, and he had earmarked his $100 million fortune to charity.

This was not surprising. He was a regular donor to People for the Ethical Treatment of Animals and Save the Children, and he had established the Sam Simon Foundation, which rescues stray dogs. He told The Hollywood Reporter that giving to charity came naturally to him.

There’s a long tradition of the super rich giving away the store to make life better for the less fortunate. Here are a few of them, and the causes to which they gave.

The King of Pop. The Gloved One. Michael Jackson.

His physical form may have departed this world in 2009, but he remains one of the most influential musicians on earth, and his 1982 album “Thriller” remains the best-selling album of all time, selling 29 million copies in the U.S. alone.

While some philanthropists make one or two large mega-donations, Jackson preferred to make smaller contributions to multiple charities, so many in fact that Guinness World Records recognized him for supporting more charities than any other entertainer. His donations included $600,000 to the United Negro College Fund, $100,000 to the Children’s Defense Fund, $500,000 to Elizabeth Taylor’s AIDS Foundation, and over 35 others, for an estimated total of over $300 million given to charity all together.

Unless you were marooned on a desert island for the last 40 years, you know that George Lucas is the man behind “Star Wars.” In 2012, he said “Enough!” to the blockbuster movie scene and sold Lucasfilm to the Walt Disney Company for $4 billion.

He is keeping not one red cent of it.

The filmmaker had signed the Giving Pledge, an initiative led by Bill Gates and Warren Buffett that encourages the world’s wealthiest people to give away much of their fortune to charity, and although he hasn’t yet announced which ones will receive the Disney money, they’ll join an already long list of his beneficiaries. These include the George Lucas Educational Foundation and his 2005 donation of $1 million to the construction of the Martin Luther King, Jr. Memorial in Washington, D.C.

Every time you hear the Eagles or Linda Ronstadt on your car radio when you drive home from work, you have David Geffen to thank – or blame — for it. He made them stars with his record label, Asylum, and then founded Geffen Records, home to John Lennon, Aerosmith and Guns N’ Roses. He also co-founded the DreamWorks SKG movie studio in 1994 with Steven Spielberg and Jeffrey Katzenberg. Long story short, David Geffen has lots of money, $6.9 billion to be exact.

Geffen has donated to numerous charities, including a 2002 gift of $200 million to the UCLA School of Medicine, whom he gave another $100 million a decade later. It’s now called the David Geffen School of Medicine at UCLA, and when the New York City classical music venue Avery Fisher Hall is finished getting the $100 million renovation he’s bankrolling, it will be renamed the David Geffen Hall.

Bill Gates is the face of Microsoft, its Mick Jagger. So if anyone is its Keith Richards, it’s Paul Allen. They founded the software company together, but while Gates has the higher profile, Allen must console himself with the knowledge that he is merely the 51st richest person on earth, with a personal fortune of $17.5 billion.

According to his own website, he’s given $1.8 billion to charitable causes, and in 2014, Inside Philanthropy named him “Philanthropist of the Year,” citing his $100 million effort to help contain Ebola. He put the same amount towards establishing the Paul Allen Institute for Cell Science, and also donated $2.6 million to ocean conservation, despite selling his $25 million Malibu seaside mansion because he “hated the sound of the ocean,” according to The New York Post.

In the waning days of MySpace, Friendster and Catster, it probably seemed like another social network was the last thing anybody in the world needed. But that didn’t stop Mark Zuckerberg from co-founding Facebook with four friends at Harvard, and today he’s the chairman and CEO of the company, with a net worth of $35.6 billion, all at the age of 30. This is what is known as “having the last laugh.”

Rather than build himself a house made entirely out of non-negotiable bearer bonds, Zuckerberg decided to put the money to good use. In 2010, he donated $100 million to public schools in Newark, N.J., and three years later, he donated 18 million shares of Facebook stock to the Silicon Valley Community Foundation, a charitable organization. The gift had a total value of almost $1 billion, making it the largest gift in the history of the foundation, but that wasn’t all — in 2014, it was declared the single largest charitable gift on public record in 2013.