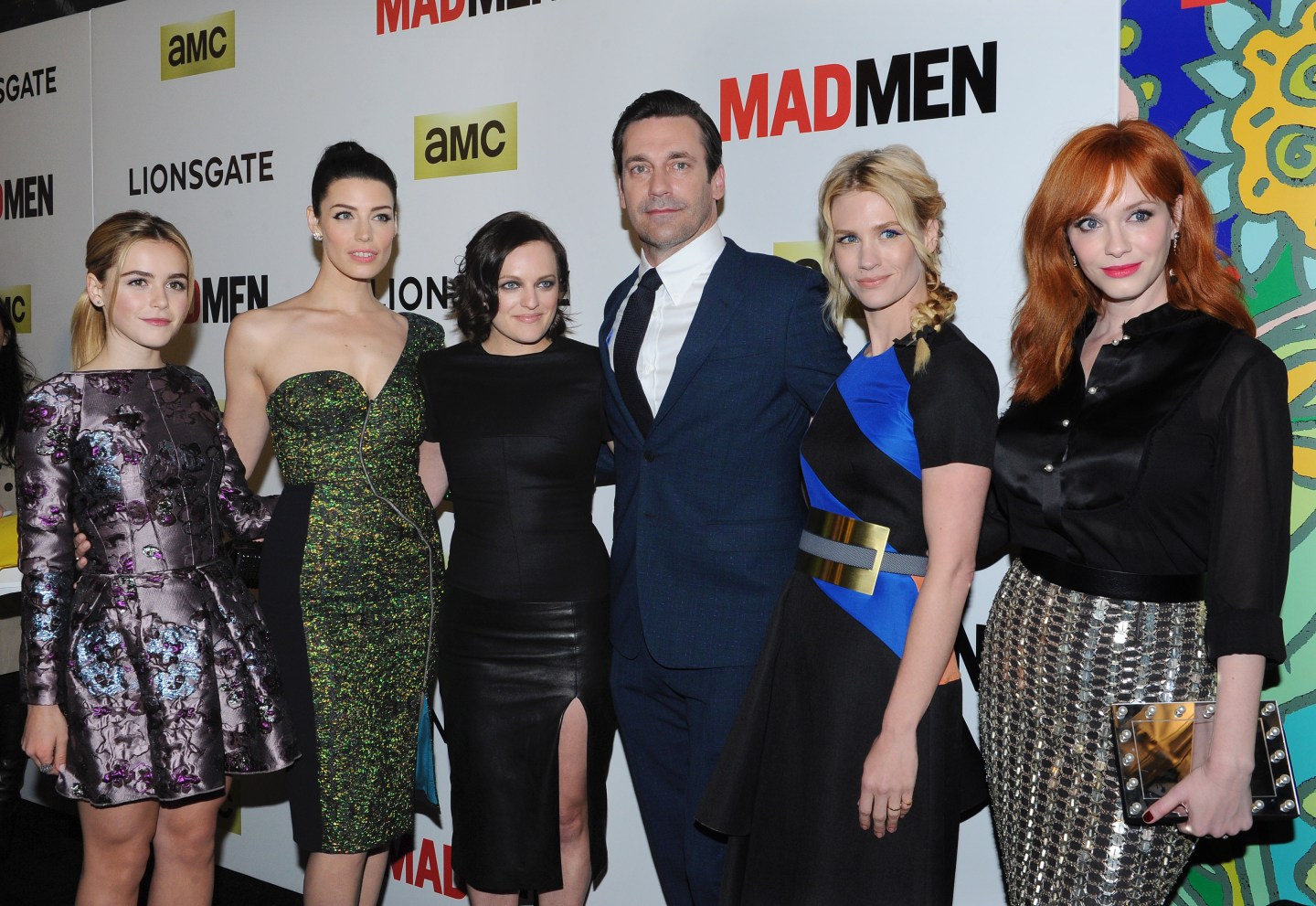 AMC’s hit show about advertising execs is about to be set in stone before it’s even over.

‘Mad Men’ will be immortalized—just for the summer—with a sculpture outside of the Time-Life Building at 1271 Avenue of the Americas in Manhattan.

The building is home to the offices of Time Inc magazines such as Fortune, Sports Illustrated, Time, Entertainment Weekly, and Essence. In the show, it’s home to the fictional Sterling, Cooper & Partners, which early on in the series relocates its offices there from Madison Avenue.

It’s under wraps as to what the sculpture is made of, and what it depicts, but the show’s creator Matthew Weiner — along with cast members Jon Hamm, Christina Hendricks, January Jones, Elisabeth Moss and John Slattery — will all be on hand to unveil the work of art on Monday, March 23. In a press release, AMC said the sculpture is “designed by renowned design firm Pentagram and fabricated by DCL.”

The show’s final episodes begin airing on AMC on April 5.