As March Madness starts, the NCAA is set to fight to preserve athletes’ amateur status 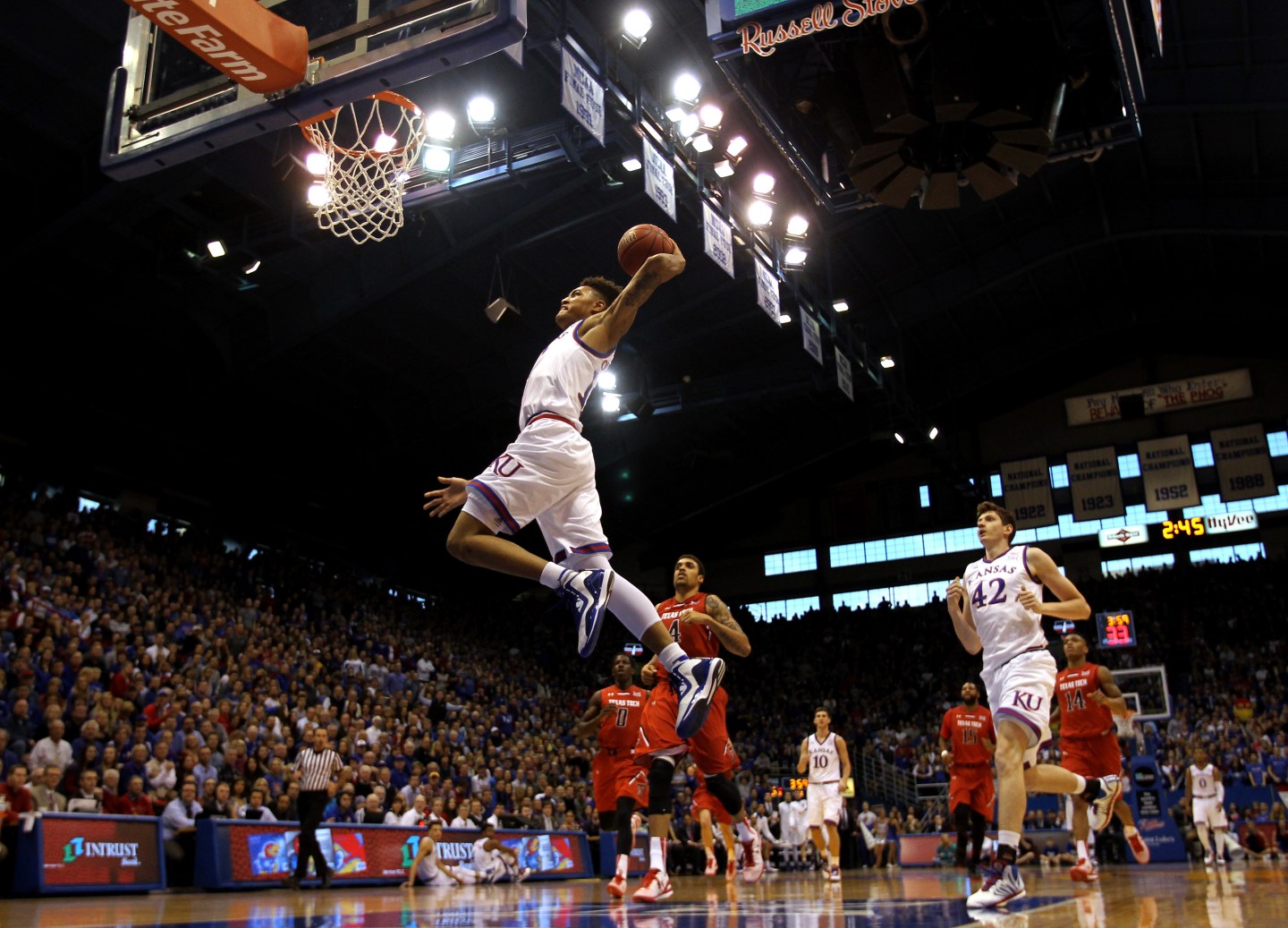 LAWRENCE, KS - JANUARY 10: Kelly Oubre Jr. #12 of the Kansas Jayhawks scores on a fast break during the game against the Texas Tech Red Raiders at Allen Fieldhouse on January 10, 2015 in Lawrence, Kansas. (Photo by Jamie Squire/Getty Images)
Photograph by Jamie Squire — Getty Images

Against the backdrop of March Madness hype, the National Collegiate Athletic Association (NCAA) is set to battle for the future of its athletes’ amateur status.

On Tuesday, the NCAA will plead with an appeals court in California to overturn a landmark decision last August that said student basketball and football players can earn money from the use of their likenesses. The ruling has the potential to dramatically upend the current institution of college sports.

The NCAA is, no doubt, fighting to ensure that doesn’t happen.

In its appellate brief, the NCAA argued that the commercial pressures of college sports present the risk that “an avocation will become a profession and that athletics will become untethered from the academic experience.” It goes on to say that its “amateurism rules are legitimate—and procompetitive—because they fundamentally define college athletics by ensuring that the players are students and not professionals.”

The hearing Tuesday will be the latest chapter in the antitrust case brought by former UCLA basketball star Ed O’Bannon and 19 other college athletes in 2009. At a three-week trial in June, the players argued that the NCAA is a cartel whose rules make colleges and universities wealthy while athletes receive little to none of the money made from licensing their names and images. Several players who testified at trial said that playing sports was their main occupation at college; that the hours they spent training and at games made it difficult—if not impossible—for them to function like ordinary students. O’Bannon said at trial that he spent about 40-45 hours a week on basketball and about 12 hours on schoolwork. “I was an athlete masquerading as a student,” he said.

The NCAA defended its current system as a way to ensure a competitive balance among schools. It argued that the money it makes from profitable sports is used to fund athletic programs that lack lucrative television deals.

In August, U.S. District Court Judge Claudia Wilken ruled in favor of O’Bannon and the other plaintiffs, finding that the NCAA rules at issue in the case “unreasonably restrain trade in the market for certain educational and athletic opportunities offered by NCAA Division I schools.” The NCAA’s justification for its system “does not justify this restraint and could be achieved through less restrictive means” while still preserving competitiveness, Wilken said.

In addition to the O’Bannon case, the NCAA faces another threat to its current operating system that also stems from concerns over the exploitation of college athletes.

In what was also heralded as a decision that could reshape college sports, the Chicago district of the National Labor Relations Board in March 2014 gave football players at Northwestern University the green light to cast votes for union representation after deciding that players “fall squarely within the [National Labor Relations] Act’s broad definition of ’employee.'” The driving force behind the players’ union push was the desire to have a say in the conditions under which they played. Northwestern football players cast their union votes in April, but the tallying of them is on hold pending Northwestern’s appeal of the Chicago district’s decision.

Although the full ramifications of the O’Bannon case and Northwestern’s union vote are still in question, it seems that schools are paying more attention to the way they treat student athletes. The NCAA has overhauled its governance, while universities and conferences such as the Big Ten and Pac-12 have promised greater scholarship protection and better health care.