The housing recovery that never was 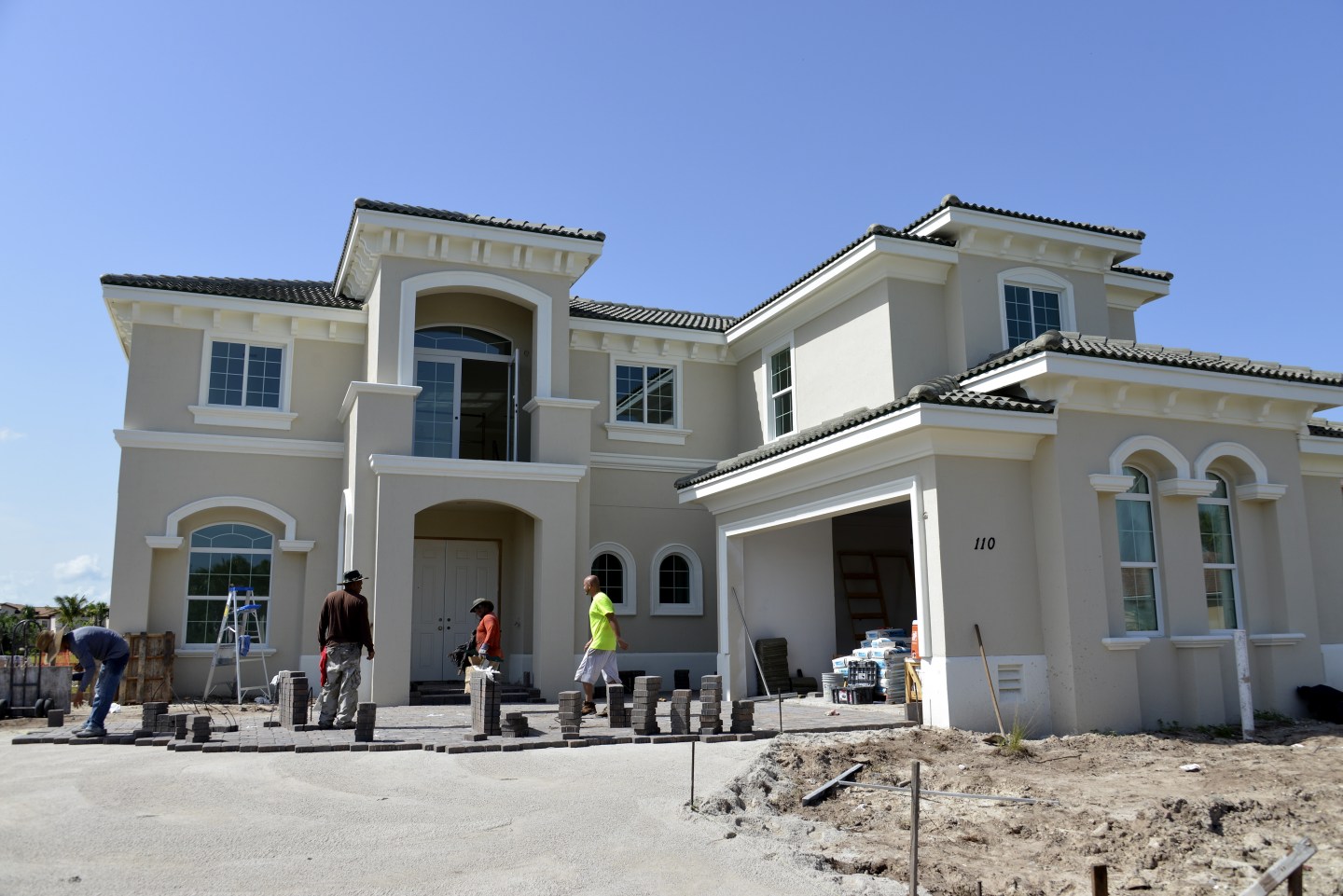 Much has been made of the housing recovery in recent years, but when pundits talk about the phenomenon, they often fail to define their terms.

Real estate has recovered in the sense that home prices have regained their pre-bubble levels. The real estate market on average is fairly priced once again, but the home-building industry — the sector of the economy that fueled past recoveries and provides good-paying, middle-skilled jobs to blue-collar America — is still stuck in the doldrums.

That fact was reinforced by data released Tuesday by the Commerce Department, showing that new home construction fell by 17% in February to a seasonally adjusted annual pace of 897,000 units. That was the largest drop in four years, and it illustrates the continuing difficulty the home-building industry is having, even nearly a decade after the real estate bubble topped. Here’s a chart from Calculated Risk that breaks down housing starts between single-family homes and multifamily units:

As you can see, while there has been some recovery in the pace of building multi-unit structures, the home-building industry is constructing roughly the same number of single-family homes as it was during the depths of the 1990 recession.

The decline in housing starts dovetails with the index of homebuilder confidence released on Monday from the National Association of Homebuilders, which fell two points in March to 53, after declining in February as well. Analysts are quick to blame these troubling data on poor winter weather, but that explanation doesn’t really hold water. First off, the housing starts data are seasonally adjusted. Second, while February was cold, there wasn’t as much precipitation as in January, as pointed out Tuesday morning by Trulia’s Chief Economist Jed Kolko:

The fact of the matter is, the home-building industry remains in a deep slump. One obvious reason for this is that ever since the Great Recession, Americans have been very reluctant to move into homes of their own. They’d rather double up with roommates, parents, or other relatives, and that is apparent in the fact that over the past two years, Americans have, on average, formed just 467,000 new households per year.

Over the past couple months, however, that trend looks to be reversing. The most recent data show that household formation in 2014 increased to 2 million, well above the long-term average of about 1.3 million new households per year:

US Household Formation data by YCharts

If this trend can hold, it could signal the next wave of the housing recovery that includes more higher-paying jobs for middle-class Americans in the construction industry. But we’ve had reason for false hope before, such as in 2012 when for a few months it appeared that we would see breakout growth in household formation, only for Americans to revert to their post-recession habits.

The question then for homebuilders and economists trying to predict future behavior is this: have Americans fundamentally changed their attitudes toward household formation? Are we now a nation of roommates and renters, cowed by the bursting of the housing bubble? This cultural change wouldn’t be without precedent. The 1929 stock market crash and the ensuing Great Depression fundamentally altered the risk appetite of a whole generation of Americans. It wasn’t until the 1950s and 1960s that the taboo against risky investing began to fade.

Perhaps the past few months of data are just a blip that will be corrected once home builders begin to sense that pent-up demand is about to let loose. But in the meantime, we’re still waiting for the real housing recovery to begin.